Pixar’s ‘Soul’ Is a Mixed Bag for Christian Families

The phrase “family-friendly” — as every parent knows — is subjective. The film your neighbor says is fine for the children might not be so family-friendly in your home.

Such is the case with the new Pixar movie Soul (PG), which tells the story of a super-talented young musician, Joe, who is on the verge of a big career break when he unexpectedly dies. Joe, though, wasn’t ready to die, so when his soul enters the “Great Beyond” — that’s what it’s called in the movie — he runs back down the eternal staircase and ends up in the “Great Before,” the place where souls get their personalities before going to Earth.

There, in the Great Beyond, Joe is confused for being someone else and is given the job of “mentoring” souls. (Think: Big Brother/Big Sister.) He is paired with a notoriously difficult soul — No. 22 — who has the attitude of a moody teenager and who supposedly made her previous mentor, Mother Teresa, cry.

The film then takes an even crazier turn during a mishap that places the duo on Earth in the wrong bodies: No. 22 in Joe’s body, and Joe in the body of a cat.

This unfortunate event, though, ends up being a blessing for the duo: No. 22 (Tina Fey) finds her spark and talents, while Joe (Jamie Foxx) — by watching himself interact with others — realizes his life was not meaningless.

The plot, of course, is hogwash from a biblical perspective.

But as a parable about life, Soul can teach moviegoers a lot. Here’s why: Much of the plot takes place not in the Great Beyond or Great Before, but on our planet.

And although Joe’s job is to mentor No 22, she ends up educating him. She teaches him to slow down and enjoy the simple blessings of life — like enjoying a nice walk or a beautiful, blue sky. (She’s thrilled about both.) She helps him appreciate his mother in a way he never had. She (and others) also help Joe discover an important truth that has a biblical foundation: Everyone is unique and special.

Finally, Joe learns that his life’s goal — to play in a well-known band — doesn’t bring true happiness. (After his first show, he tells someone, “I thought it would feel different.”) His barber, Dez, tells Joe he grew up wanting to be a veterinarian. But Dez tells Joe his life as a barber couldn’t be better: “I’m happy as a clam. … I love this job. I get to meet interesting folks like you, make them happy and make them handsome.” The story urges us to be content — a message straight out of Scripture.

To be sure, the message in Soul is incomplete, and christian parents will need to fill in the blanks. Still, it’s a good conversation-starter about God’s purpose for life.

Soul contains no coarse language, sexuality or violence, yet it’s a mixed bag for families because of its mixed bag of worldviews. After all, “family-friendly” can have different meanings.

Also worth watching this month:

The Last Champion (VOD) — A disgraced athlete returns to his small hometown years after he was stripped of his wrestling gold medal due to drugs. There, he meets an old friend — and her pastor-father — who teaches him about redemption and second chances. Cole Hauser (Yellowstone) stars in the lead role. It’s one of the best family films of the year. Due to minor language (OMG, 2; and a–, 2) and a fight scene, this PG-13 film is best for older children and teens.

Hardy Boys (Hulu) — Brothers Frank and Joe Hardy move to the small town of Bridgeport, Conn., following the surprising death of their mother. There, they discover the truth about their mom’s death and set out to find out who murdered her. The series, based on the books, remains in family-friendly territory, with no sexuality or graphic violence, and only minor language (I caught only a total of two coarse words, h–, after watching multiple episodes.) Due to the plot, this series may be best for older children and teens. Rated TV-PG.

‘The Croods: A New Age’ (Theaters, VOD) — The Croods family meets another family, the modern-living Bettermans, sparking a clash of cultures. It’s a hilarious film with no coarse language and no sexuality (minus the grandma donning a two-piece warrior outfit). It includes a family-centric, Father of the Bride-type plot. The film’s conclusion begs the question: Does every technological advancement make our lives better? Rated PG for peril, action and rude humor.

Real Right Stuff (Disney Plus) — It’s a 90-minute documentary that spotlights the Mercury 7 astronauts — John Glenn among them — who helped America catch the Russians in the Space Race. The film includes radio broadcasts, interviews, home movies and other never-before-seen material. Rated TV-PG. 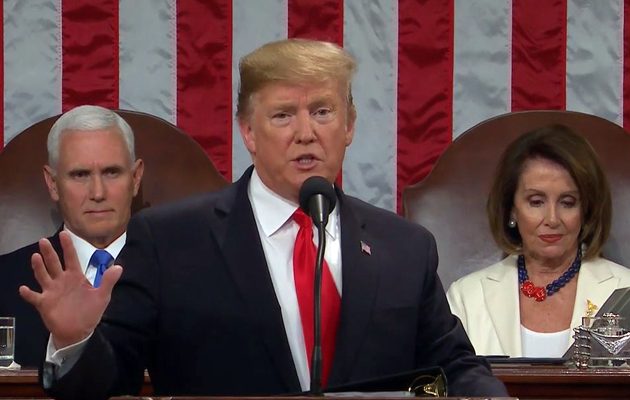 Members of Congress Meet With Trump Over Electoral College Objections