Pastor opens up about finding his faith again after falling away: ‘Answers were there all along’

Whenever the founder of New York’s Gateway christian Center Church, Rev. Sunny Philip, recalls memories from his childhood in Kerala, India, in the 1950s, he remembers that the first book he ever laid eyes on was the Holy Bible at 6 years old.

Philip told The christian Post in a recent interview that he will never forget how his devout christian mother taught him to spend hours every day reading Scripture, praying to God and attending church.

By the time Philip was 8 years old, he already planned his future centered around serving God and others through ministry. He hoped first to attend a non-religious college and then later attend a Bible school in Mumbai with a dream of eventually becoming a pastor.

As a teen, Philip said he was heavily involved in his church — The Indian Pentecostal Church of God. The elders of his congregation quickly noticed him as being well versed in Scripture and made him a youth leader.

When Philip reached his early teens, he started his first year at a non-religious college in India.

At the school, he learned about philosophy, evolution, Darwinism and he read books by Western authors who hold opposing viewpoints against Christianity. Within a few months of college, Philip said he stopped believing in the existence of God and turned away from his christian faith.

“I became a secret atheist because I didn’t want my mom or the church to know,” Philip recalled. “I was a youth leader working with young children of all ages in the church. But, yet deep down inside, I was going through a crisis and I did not believe in anything I preached.”

Philip said he was born in a low-income family in India. But even with his financial struggles in his youth, he was still able to attend college. He said his college education is the main reason why his christian beliefs were challenged, and he eventually adopted atheism as his stance.

But data suggests that Philip’s experience may not be all that uncommon among Christians who attend college in India.

According to a Pew Research study published in late June, Indians living in India who pursue higher education degrees are less likely to maintain the passion for their christian beliefs, which are taught to them by their families.

In the United States, data from a 2019 LifeWay christian Research study found that about two-thirds of American christian teenagers who frequently attend worship at Protestant congregations for at least a year quit attending church for at least a year between the ages of 18 and 22. A plurality of respondents said they stopped attending because they moved to college.

Additionally, Barna Research data analyzed by Eastern Illinois University professor Ryan Burge in 2019 suggests that young people today are less likely to return to their faith by the time they enter their 30s compared to older generations.

‘I would question God angrily’

But for Philip, he told CP that he eventually accepted Christ as his Lord and Savior again. But it took nearly half a decade to surrender fully to God.

Philip can still recall the three years in his late teens when he continued to serve as a youth leader in his church in India while he hid his atheist beliefs. In his fourth year of being an atheist and a youth leader, Philip said he started to suffer from sleepless nights.

“I would lay awake in bed for so many long hours, staring out my window and looking up at the stars. And I would question God angrily,” he remembers. “I felt intense guilt and severe shame because my pride wouldn’t let me step down from my position as a leader in the church.”

After a few months of restless nights, Philip said he wrote a letter to the pastor of his church admitting the truth about his lack of belief in God, declaring he was an atheist.

“They told everyone who attended my church that I was an atheist, and my mother eventually found out, which was heart-wrenching for me,” he recalled. “Gossip spread like wildfire in my church, but the head pastor and my mother never excommunicated me. … They both never stopped praying for me. It took a divine encounter to bring me back to the faith.”

As time passed, Philip said he continued to ponder about spiritual questions that deeply confused him. He wrestled with finding evidence to prove the resurrection of Jesus Christ.

No matter how hard he searched, he said he couldn’t find a convincing argument in his books on atheism about the topic. Philip said he began to have recurring dreams in which he believed Jesus was telling him to “stop searching in books for answers that come from only the Lord.”

One day after waking from one of the recurring dreams in his senior year of college in India, Philip said he knelt on his knees and began to pray. He said he made a covenant with God to read the Bible only if God would provide him with answers in the scriptures.

During the evening, he opened his Bible for the first time in years, and he said he began to find answers to questions he had pondered about for years.

“The answers were right there all along. And after six months of reading the Bible during every free moment that I had, I rededicated my life to Christ,” he detailed. “The more answers I found in the scriptures, the greater my faith became.”

During his time of doubt, one question that Philip had about the Bible was the “how did Cain find a wife?”

“When I started reading the Bible again, I realized that Abraham had married his first cousin and Jacob married his cousin also,” he explained. “Even Tamar told her half brother Amnon that David would give her as his wife. So it was not unreasonable to realize that Cain had married one of his sisters.”

The pastor shared that a fact about Jesus’ resurrection that helped him, which he says has since been covered in many books, “is the refusal of the disciples to back down and change their stories in front of persecution.”

“Unless you are so sure of what you are saying, you wouldn’t do that,” he shared. “Second thing was the conversion of Paul, who hated Jesus passionately. What made him to change? It didn’t make any sense unless he was really sure that he met the resurrected Jesus.”

After graduating college in India in 1977, Philip moved to the U.S. to have an arranged marriage with an American, Indian New Yorker. In 1989, he created a youth ministry in New York City with a mission of helping young Indians maintain their faith despite educational teachings that may challenge their beliefs.

His church in India, the Indian Pentecostal Church of God, invited him back to preach his testimony. And in 1989, he became ordained by the church.

Philip earned his bachelor’s degree in chemical engineering from a tech college in Brooklyn, New York, in 1990. He later completed an independent studies master’s degree in Bible and preaching at a seminary school in New York. In 2008, he founded Gateway christian Center Church in the Valley Stream village of Long Island, which currently has over 250 members.

To this day, Philip said he still struggles with some spiritual topics and does not believe, as some Christians do, that the Bible is without error.

“Here in America, it’s a battleground because people have so many different beliefs. fundamental denominations and groups and individuals hold onto Scripture. I don’t think it’s necessary to hold onto scripture. I do not think scripture is inerrant,” he said.

Philip said he “struggled with the idea of the Bible being without error.”

“I rethought my background from my past church in India. I struggle with the idea that if the Bible is without error, God allowed it to be the way it is. I wondered if there was no original copy of the Bible, is the Bible in perfect order?” he recalled.

“I struggled with that topic. There are a lot of people, especially fundamentalists, who hold onto a view that if God is the author of the Bible, there are no mistakes. I believe God is perfect. God gave us the Bible for human orders. However, these humans were imperfect. They must have made a few mistakes here and there. That is my view now. I am not a fundamentalist. I am not siding with the liberals. There are small mistakes in the Bible though.”

Philip, who currently resides in Merrick, New York, is completing his last year to earn his honorary doctorate in doctoral ministry at International Divinity School and Seminary in Indiana. He recently celebrated his 44th wedding anniversary in June.

“When pastors or any christian is presented with a viewpoint that opposes Christianity, the answer is not to run away and turn away from the faith,” Philip said. “Young people are bombarded with anti-christian propaganda and agendas from the minute they enter grade school. I want to encourage my colleagues and other Christians to go to God in prayer to get help with answers. … When I go to God for answers, He never fails to point me to other sources that can help me.” 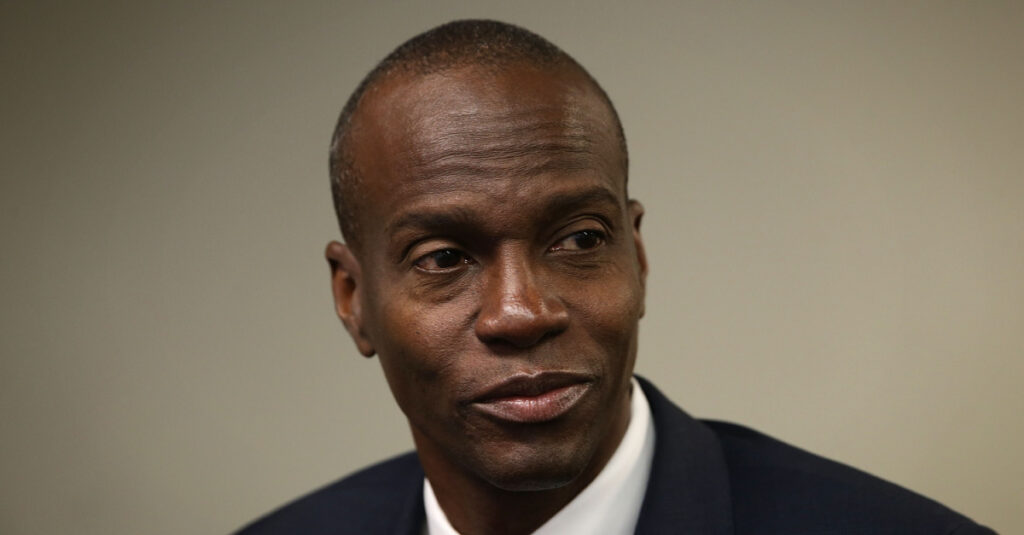 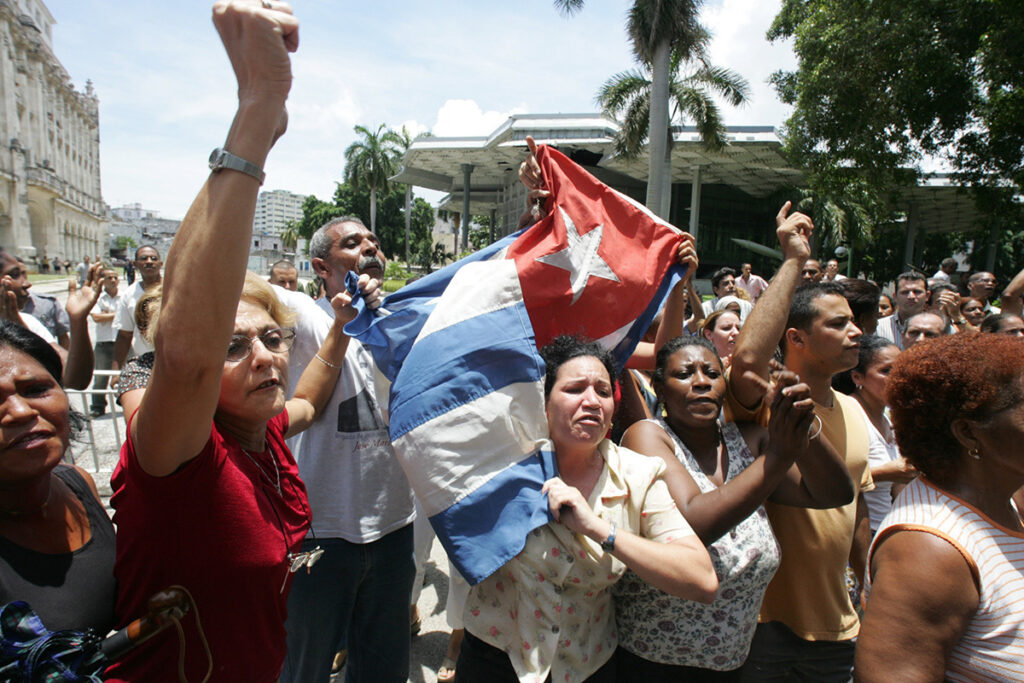