When 29-year-old Wisconsin father Jacob S. Blake, was shot multiple times by a police officer in Kenosha on Sunday evening, one of the first things his devout christian mother Julia Jackson did was call her pastor at Insight Church in Skokie, Illinois.

“‘I just got a phone call that my son has been shot by the police multiple times. It just happened,'” Insight Church Pastor James E. Ward Jr. recalled Jackson, who is a member of his church’s intercessory team, saying during an interview with The christian Post on Wednesday.

It was about 5 p.m. Sunday, said Ward, when he got Jackson’s call while traveling by car with his Co-Pastor wife, Sharon.

“There was just an initial response to pray,” said Ward. “The first thing that we did when she communicated to us, we prayed and we asked God to spare his life. That was our exact prayer. Goal number one, Lord, spare his life.”

And Blake lived. It was confirmation, Ward said, that God heard the church’s prayer, and they believe Blake’s survival is a “miracle.”

“To hear even the following morning and throughout that night that he had survived and, relatively speaking, was in stable condition, we chalk that up as answered prayer. We just began to celebrate and thank God that He spared his life. That is a miracle. You do not get shot that many times typically and survive and still be relatively in the condition that he is. We have no doubt about the faithfulness of God,” Ward said.

An attorney for Blake’s family said while he survived, he is now paralyzed, and it will take another “miracle” for him to walk again, The Associated Press reported.

A statement from the Wisconsin Department of Justice, which is investigating Blake’s shooting, said a female caller reported to the Kenosha Police Department that her boyfriend was present and was not supposed to be at the residence located in the 2800 block of 40th Street. According to audio dispatch obtained by Madison365, Blake had taken the woman’s keys and refused to leave.

The dispatcher alerted officers that Blake had an outstanding felony warrant for his arrest. Court records show that Blake had been arrested on July 6 and charged with one felony count of third-degree sexual assault, trespassing and disorderly conduct related to domestic abuse at that residence.

When officers arrived at the scene they encountered Blake who resisted arrest. They unsuccessfully tried to subdue him with a Taser and Blake then walked around to his vehicle at the scene with armed police officers pointing their guns at his back, according to video posted on social media. Blake opened the driver’s side door of his vehicle and leaned forward. While holding onto Blake’s shirt, the Wisconsin DOJ said officer Rusten Sheskey fired his service weapon seven times into Blake’s back.

Wisconsin DOJ officials said Blake “admitted that he had a knife in his possession” Sunday evening. It was recovered on the floorboard of the driver’s-side of the vehicle.

The shooting has since led to violent riots in the streets of Kenosha and a renewed national call for racial justice that has been ongoing since the officer-involved death of George Floyd in Minneapolis, Minnesota, on May 25.

At a press conference Tuesday, Jackson wielded her faith again, calling for more prayers for her family and the nation, unity, as well as an end to destructive protesting.

“My son has been fighting for his life and we really just need prayers. As I was riding through here, through the city, I noticed a lot of damage. It doesn’t reflect my son or my family. If Jacob knew what was going on as far as that goes — the violence and the destruction — he would be very unpleased. So I’[m] really asking and encouraging everyone in Wisconsin and abroad to take a moment and examine your hearts,” she said.

“Citizens, police officers, firemen, clergy, politicians, do Jacob justice on this level and examine your hearts. We need healing. As I pray for my son’s healing physically, emotionally and spiritually, I also have been praying even before this for the healing of our country. God has placed each and every one of us in this country because He wanted us to be here,” she continued. “Clearly, you can see by now that I have beautiful brown skin. But take a look at your hand and whatever shade it is, it is beautiful as well. How dare we hate what we are?

“No one is superior to the other. The only Supreme Being is God Himself. Please let’s begin to pray for healing for our nation. We are the United States, have we been united?” she asked before ending, “America is great when we behave greatly.”

Ward, who is author of the 2014 book, Zero Victim: Liberate Yourself from the Mentality of Defeat, also echoed a similar call for unity and healing amid the unrest over racial justice, but said the Church needs to take the lead in forging sustainable unity.

“I think we have to come back to the place of really understanding that unity is a spiritual work. The Apostle Paul talks about endeavoring to keep the spirit of unity in the bond of peace. Unity is not something we can accomplish in the natural … unity movements always fail because they don’t go deep enough to establish the fundamental and the vital common denominators in terms of the things that really matter and the things that don’t matter,” Ward said.

“I want to call upon the Church, I want to call upon evangelicals, Pentecostals, Christians on the right, Christians on the left, I want to take this on to call faith leaders to come together, and I would love to engage with them so that this time would truly be different,” he said. “I think that we can really get a breakthrough this time and see our nation affected by the kind of unity Jesus Himself prayed for in John 17.”

Until the Church takes the lead in moving America toward spiritual unity, Ward believes tragedies like Blake’s shooting and the unrest that follows will continue to happen.

He added that while society is governed by spiritual, moral, and civil law there has been more focus on the role of civil law than spiritual or moral law.

“Spiritual law comes from God, moral law has to do with our ability to govern ourselves based upon spiritual law, but the most popular or the most well-known form of law is civil law. But civil law is the least important of the three kinds of law. Civil law is only there to either reward or to punish people based upon whether or not they keep spiritual and moral law,” Ward said.

“Based upon my understanding of the Word of God, the reason we keep failing, the reason we can’t see change, the reason we never see unity and we keep having these incidents over and over again, is because we only deal with civil law and we ignore the ramifications and the consequences of breaking spiritual and moral law. When you break spiritual and moral law it invites certain consequences into our nation. And here’s the deal, you cannot legislate morality. You cannot legislate [it]. There is no law, greater gun laws aren’t going to fix it,” he added.

America, he said, needs to understand that the nation is struggling with a sin problem that must be addressed in the hearts of citizens.

“Something has to happen in the hearts of the American citizen if we want to see a change in our nation. … Racism is a fruit, sin is the root. I always say it’s a sin problem not a skin problem. … The murders, the things we see, those are the fruit. Until we deal with the root, if you keep taking the fruit off the tree if the root system is healthy the fruit is just gonna grow back. If you want to kill the tree you’ve got to kill it at the root. Jesus himself did that in Mark 11. The Bible says he spoke to the root of the fig tree … and the tree died,” he said. 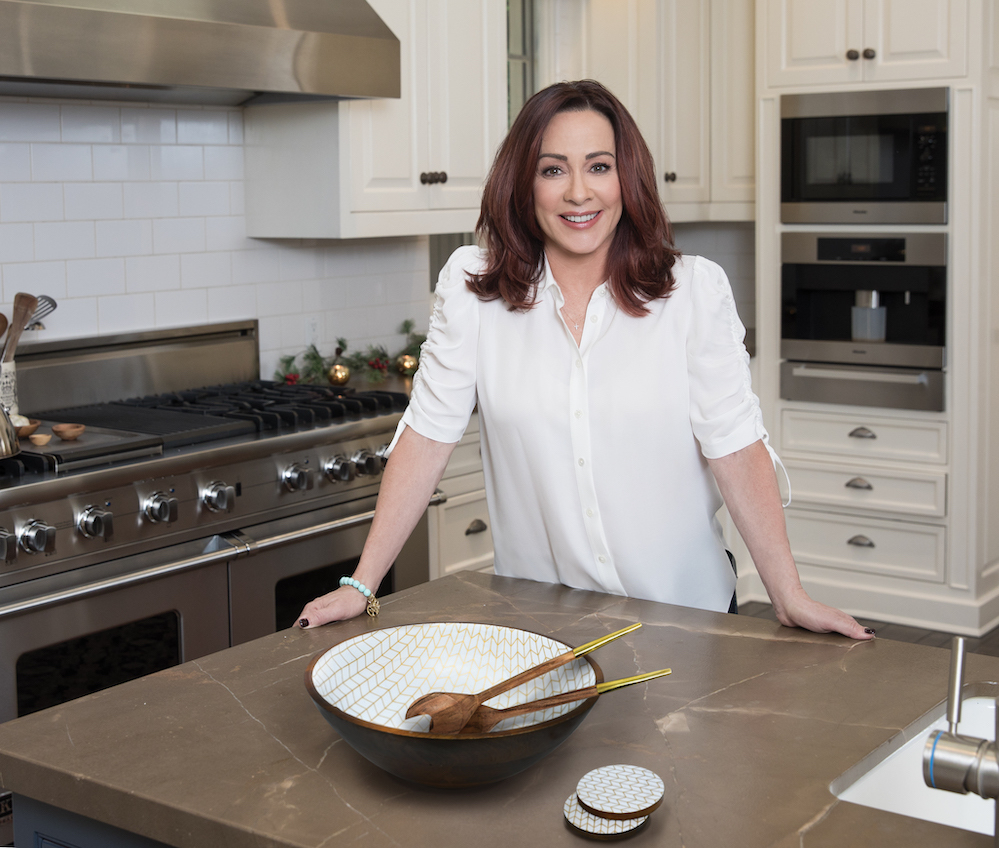 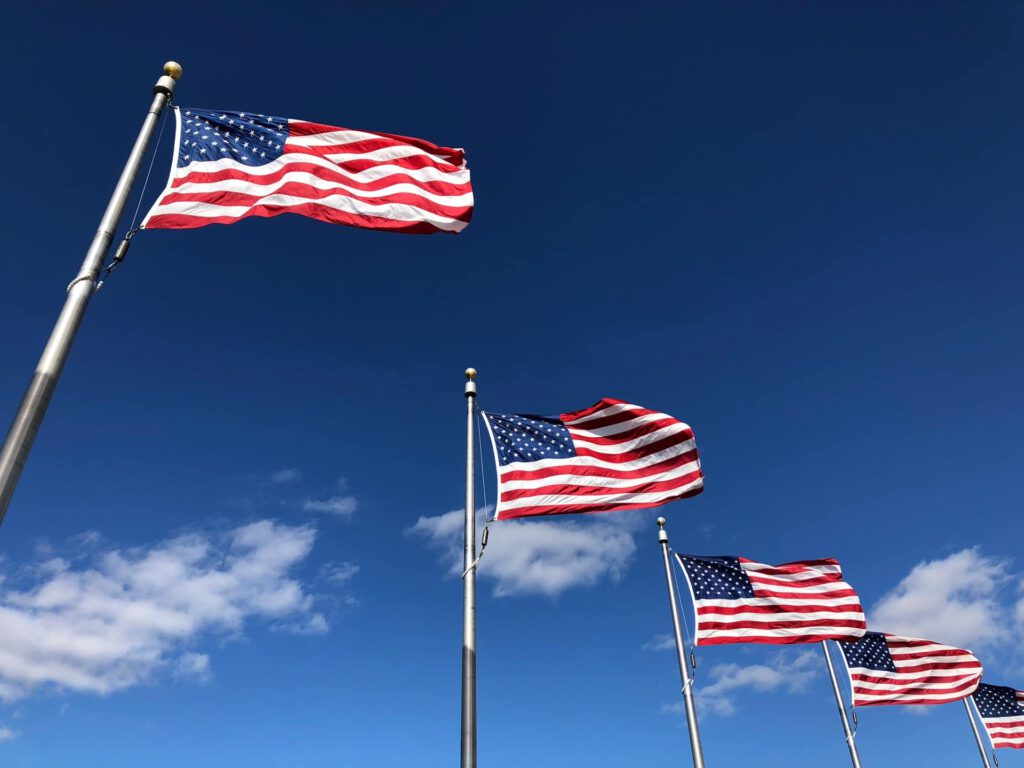