A Palestinian woman steps on a replica of an Israeli flag during an event marking Land Day near the Israel-Gaza border as mass rallies planned to commemorate the event were cancelled amid concerns about the spread of coronavirus, east of Gaza City March 30, 2020

Palestinians from across the political spectrum on Thursday strongly condemned the normalization agreement between Israel and the United Arab Emirates, dubbing it a betrayal of Arabs and Palestinians.

Many Palestinians and Arabs took to social media to express outrage over the agreement, with some calling it a “new nakba,” or catastrophe. They also used a variety of pejoratives against the Gulf state and its leaders, including the “United Zionist Emirate” and “dogs” and “traitors.” Others referred to the announcement as a “black Thursday for Arabs and Palestinians.”

Palestinian officials said they did not have prior knowledge of the agreement.

“Israel has annexed the United Arab Emirates instead of annexing the West Bank,” a senior Palestinian official told The Jerusalem Post. “This is a very dangerous development that requires a response not only from the Palestinians but the whole Arab world.”

The agreement was in violation of the 2002 Arab Peace Initiative, which states that the Arab countries would establish normal relations with Israel only “in the context of a comprehensive peace and a full Israeli withdrawal from all the territories occupied since 1967,” the officials said.

The Palestinian Authority announced on Wednesday night that it has decided to recall its ambassador to the United Arab Emirates in protest of the normalization agreement  with Israel.

The decision was announced by PA Foreign Minister Riad Malki.

In a statement published in Ramallah after an emergency meeting chaired by PA President Mahmoud Abbas, the PA called on the UAE to immediately backtrack on the “despicable” agreement with Israel.

“The UAE is not entitled to speak on behalf of the Palestinian people,” the PA said. “We also won’t allow any party to meddle in Palestinian affairs.”

The PA called for an urgent meeting of the Arab League to express its rejection of the deal.

“The Palestinian leadership considers this step as a destruction of the Arab Peace Initiative and resolutions of the Arab summits,” the statement added.

The PA said it rejects establishing a link between the normalization agreement and Israel’s plan to annex portions of the West Bank. It also warned the Arab countries against submitting to American pressure by following suit with the UAE move.

PLO Executive Committee member Hanan Ashrawi said Israel “got rewarded for not declaring openly what it has been doing to Palestine illegally and persistently since the beginning of the occupation.”

The UAE “has come out in the open on its secret dealings/normalization with Israel,” she said. “Please don’t do us a favor. We are nobody’s fig leaf!”

Fatah Central Committee member Abbas Zaki said the Israel-UAE agreement constitutes “a breach of the Arab consensus and a betrayal of the Arab countries and Palestine.”

Hamas officials in the Gaza Strip denounced the agreement, saying it would “encourage Israel to continue its aggression against the Palestinians.”

The Israel-UAE agreement does not serve the Palestinian cause and encourages Israeli aggression and disregard for the rights of the Palestinian people,” Hamas spokesman Hazem Qassem said.

Another Hamas official, Fawzi Barhoum, denounced the announcement as a “free reward for Israel in return for its crimes and violations against the Palestinians.”

The Israel-UAE deal “won’t change the reality of the conflict,” a PIJ official in the Gaza Strip said.

PIJ leader Mohammed al-Hindi said the agreement was “a political, moral and strategic downfall” on the part of the UAE.

Another Gaza-based terrorist group, the Popular Resistance Committees, said the agreement announced “between the enemy entity and the UAE reveals the size of the conspiracy against our people and our cause.”

“We consider it a treacherous and poisonous stab in the back of the nation and its history,” it said.

Relations between the Palestinian Authority and the UAE have been strained over the past few years, particularly over the Gulf state’s endorsement of deposed Fatah official Mohammad Dahlan, an archrival of PA President Mahmoud Abbas. Dahlan serves as a special adviser to the UAE crown prince and has been accused of working to undermine Abbas and the PA.

Abbas called an emergency meeting of the Palestinian leadership to discuss repercussions of the Israel-UAE agreement. The PA said it would announce its response to the agreement after the meeting. Gaza comedian creates a satirical video against Netanyahu in Hebrew 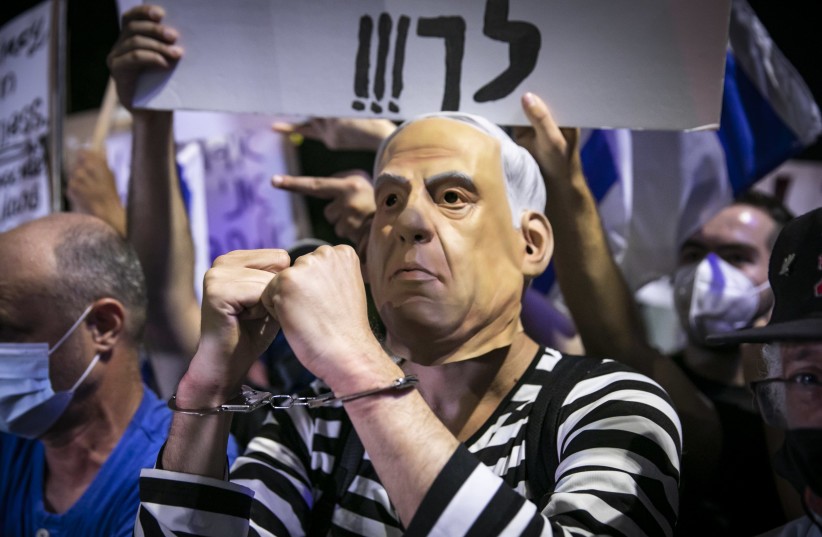