Palestinians call for ‘day of rage’ to protest offensive cartoons

The call came as Palestinians continued to protest against French President Emmanuel Macron for his recent remarks about Islam.

Palestinian demonstrators react to Israeli gunfire during a protest against Israel’s plan to annex parts of the West Bank, in Kafr Qaddum near Nablus July 3, 2020.

Sheikh Ikrima Sabri, the head of the Palestinian Islamic Supreme Council, called for a “day of rage” on Friday to protest “attempts to harm” the prophet Mohammed.

The call came as Palestinians continued to protest against French President Emmanuel Macron for his recent remarks about Islam.

On October 2, Macron spoke before a crowd gathered in the Paris suburb of Bois d’Aulne where teacher Samuel Paty had been beheaded by a radical Islamist assailant after he displayied cartoons of the Prophet Muhammad during a lesson on freedom of speech, and the French president said that “Islam is a religion which is experiencing a crisis today, all over the world.” He has also publicly defended cartoons of the prophet and pledged to tackle extreme Islamism in France.

At several protests in the West Bank, Palestinians burned French flags and trampled on pictures of Macron, accusing him of spearheading a campaign against Islam and Muslims.

Sabri, who also serves as preacher of the Al-Aqsa Mosque, said that Muslims “reject the offensive drawings of the prophet Muhammad and will express their rejection of these uncivilized transgressions.”

He added that the “offensive cartoons contradict freedom of speech and expression” and are intended to ridicule and insult the prophet.

Sources in east Jerusalem said that Palestinian activists were planning to demonstrate during Friday prayers at the Al-Aqsa to protest against Macron and France’s treatment of Muslims.

Police in Jerusalem, meanwhile, summoned Sheikh Najeh Bkeirat, a senior Wakf official, and handed him an order banning him from entering the Temple Mount for one week. A number of east Jerusalem activists have been summoned by police recently for questioning about their activities in the city and on the Temple Mount.

Sabri’s call came as Palestinian merchants announced a boycott of French products and some have removed French-made items from sale.

According to the Palestinian daily Al-Quds, earlier this week, the Palestinian mufti of Jerusalem and the director-general of the Wakf Department refused to meet with the French consul-general in the city unless France issued an apology. 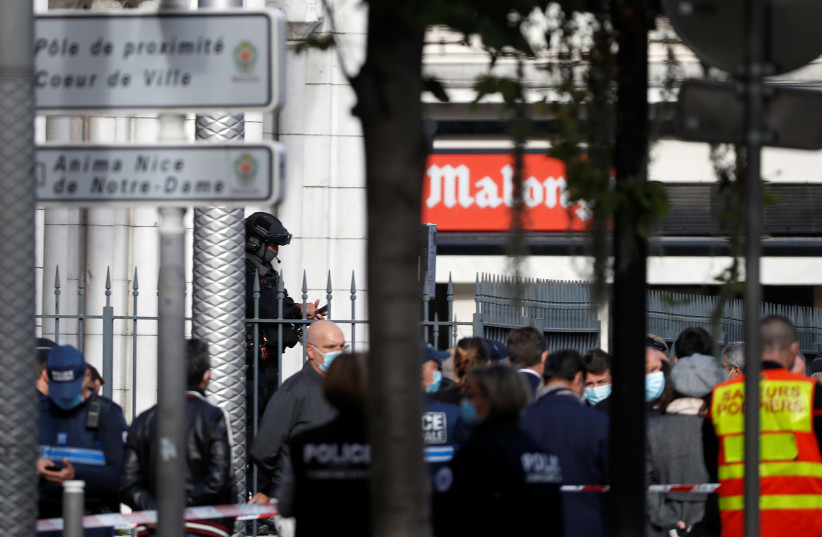