On the Front Lines, Some Pro-Life Activists Think Twice About Supporting Trump

A pro-life spokeswoman quit her job rather than endorse Donald Trump for another term in the White House.

Trump has called himself the most pro-life president in history. But Stephanie Ranade Krider, executive director for Ohio Right to Life, decided she couldn’t support him and couldn’t keep working for the prominent pro-life group as it prepared to help him win re-election.

She resigned June 30. The next morning, she woke up and felt like she could finally breathe again.

“You learn to hold certain things in tension, and for me it came to a point where I couldn’t anymore,” Krider said. “I’ve been grateful for the things Trump has accomplished and skeptical of his pro-life views.

“Always, there has been this undercurrent where he just does not respect women and he does not like black and brown people. I can’t look at any of his behavior and see evidence of the Holy Spirit in his life. Nothing about his words or actions are kind or gentle or faithful or full of self-control.”

It wasn’t an easy decision to quit. Krider started working at Ohio Right to Life in 2009. She can still remember how thrilled she was. As a 26-year-old evangelical with a passion for politics, she was ready to advocate for the unborn. She was ready to fight the people who could look at an ultrasound and say, “That’s just a blob of tissue.” She imagined herself bringing together pro-life Republicans and Democrats with bold moral arguments and how she would say, “Women deserve better than abortion.”

She still believes that. She’s still passionate about protecting the unborn. But Krider thinks the politics of abortion in 2020 would require her to compromise some of her beliefs about the value and dignity of human life. To support Trump and be the face of a pro-life advocacy group working for his re-election, she thinks she would have to act as if some lives didn’t matter.

“I believe God suffers with us all,” said Krider, who belongs to a Vineyard church in Columbus. “God suffers with the unborn child being pulled from the womb. God suffers with the immigrant child pulled away from his family at the border. God suffers with George Floyd when he breathes his last. All of those people matter to God. My greatest fear is that in the pro-life movement and the evangelical church, we’ve become so tied to the Republican Party and President Trump, they don’t all matter to us.”

Across the United States, pro-life Christians are deciding how they will vote in November. For many, it is clear. The Republicans are opposed to abortion, and the Democrats are committed to defending it as a woman’s right. Trump has appointed pro-life judges to federal courts, and he spoke at the March for Life, the first president to do so. Joe Biden, the Democratic nominee, once said that the Supreme Court went too far with Roe v. Wade but has since abandoned any attempt at a middle-ground position and has been endorsed by Planned Parenthood.

At the highest levels of the pro-life movement, national leaders are supporting Trump and urging pro-life Christians to vote for him. Marjorie Dannenfelser, president of the Susan B. Anthony List, heads an advisory committee for his campaign. The List touts more than a dozen pro-life wins in the past four years, including the appointment of more than 100 judges to federal appeals courts and district courts.

Carol Tobias, president of National Right to Life, said without hesitation that “the administration has done a fantastic job.” In addition to the appointments of lower court judges, Trump has “sent a clear message, not just to the country but to the entire world, that this administration is going to fight for the rights of the unborn,” Tobias said. “This is more than symbolism from the administration. They’re working hard and they’re doing what they can. . . . But I think the symbolism is important too, and it’s helping.”

For some people like Krider, though, the politics are not so clear. While caring for pregnant women, marching for life, listening to candidates, and lobbying for new laws, they feel a tension. They wonder if maybe something is missing or off with the agenda of the pro-life movement.

Amy Ford, president and co-founder of Embrace Grace, a ministry that cares for pregnant mothers, attended the March for Life in Washington, DC, in 2020. She said everyone was so excited about the symbolism of the presence of the president. But it left her feeling a little ambivalent.

“It’s great, but it’s not the most important thing,” Ford said. “Rallies can be good. And I go to the march every year. But you have to have more than a rally. Isn’t the question really ‘How do we help these women?’ ”

Ford worries that even the term “pro-life” has become too polarizing and the broader movement too focused on political victories. And legal triumphs might not change the world as much as everyone thinks.

An academic study published in 2019 in the reproductive health journal Contraception found that overturning Roe would reduce abortions by about 13 percent nationwide. In some parts of the country, particularly Southern states with “trigger laws” that would take effect if Roe is overturned, abortion would be essentially outlawed. The total number would drop by about 100,000 per year. Yet in many states, it would remain legal. Nothing would change, and 87 percent of abortions would continue.

“We can’t just vote pro-life and think that takes care of it,” Ford said. “We need to make abortion seem unnecessary. We need to make the church the first place a girl is going to run to, instead of away from because of guilt and shame. . . . Every reason a woman has an abortion—usually it’s fear. We want to, as the body of Christ, help eliminate that fear. We want to help women feel empowered and brave.”

Some pro-lifers say politics can narrow people’s sense of what they can do. Citizenship is reduced to voting. Voting is focused on the presidency to the exclusion of state and local races.

Evangelicals should show they care about their communities and reject the idea that the only thing that matters is who is president, according to Chelsea Patterson Sobolik, policy director for the Southern Baptist Convention’s Ethics and Religious Liberty Commission.

“You can still effect change, regardless of who is in the White House,” Sobolik said. “You hear folks say all the time, ‘This is the most important election of our lifetime,’ and while elections certainly bring important issues to the forefront, Christians need to remember that they’re not powerless during off years or during midterms.”

Laws clearly matter, Sobolik said. She has held babies who weren’t aborted thanks to government policies that gave women other options. But she has also seen cultural transformation come from Christians getting involved in foster care and pregnancy centers that provide robust social support for women in need.

Abortion rates are at record lows, according to the Centers for Disease Control and Prevention and the Guttmacher Institute. The downward trend started in the 1990s and has continued through the presidencies of Bill Clinton, George W. Bush, Barack Obama, and Donald Trump. There’s a lot of debate about the cause of the decline, but no one thinks it’s politics alone.

At the same time, elections force decisions. They push people to confront the tensions they’re living with and make tough choices. Sobolik calls it “staring down the barrel of an election.” Forsythe describes it as the struggle for prudence. Pro-life Christians, according to Forsythe, have to weigh the competing candidates’ records, their proposed policies and priorities, and also their character. Voters have to figure out how to promote the common good while recognizing the realities of a fallen world and sinful, human candidates.

For Christians like Krider, who’ve spent a decade on the frontlines of pro-life battles but who also deeply dislike Trump, it’s not obvious what prudence and her christian witness demand.

“If Joe Biden would just concede that abortion is wrong, and that restrictions on it are warranted and reasonable, that would make my life a lot easier,” Krider said.

Democrats for Life has declined to endorse Biden. His position on abortion is unacceptable, according to executive director Kristen Day, even though he has also endorsed policies on health care, housing, job training, and providing diapers to low-income families that would help women who decide to carry their pregnancies to term. During the primaries, pro-life Democrats struggled to get presidential candidates to even say they wanted the group’s votes and that there was a place for them in the party.

Krider doesn’t know what she is going to do, except she is not going to vote for Trump and she will keep praying.

“Yesterday I woke up feeling free, and I felt free for about a day,” she said. “There’s more to life than politics, but I’m an activist at heart, so it’s hard for me to sit with that.”

After a decade of pursuing political power on behalf of the movement, she thinks it might be good to sit with this new tension for a little while. But November isn’t that far away.

Have something to add? See something we missed? Share your feedback here. Israeli, American and UAE Delegates Gather for Prayer Service Ahead of Peace Talks 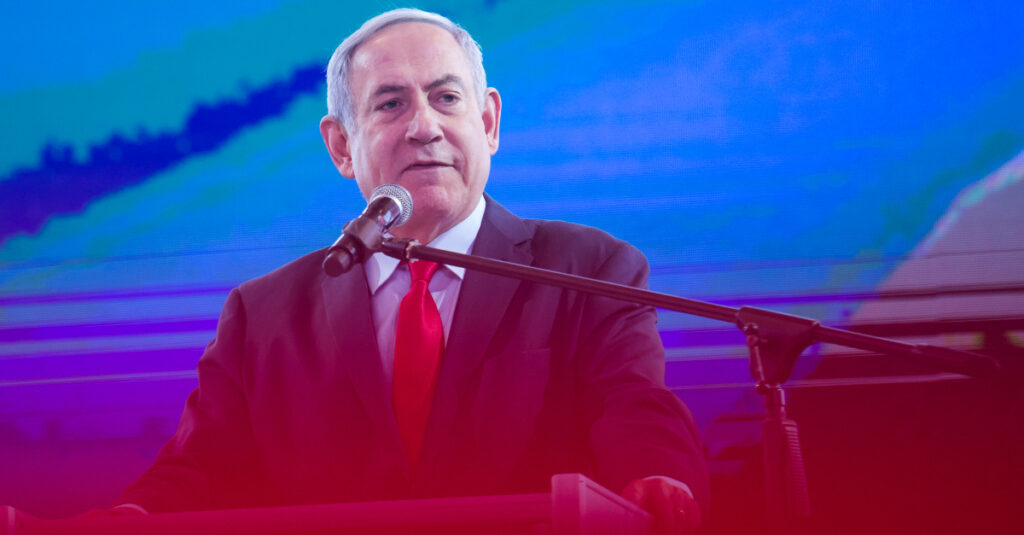