On a Mail-In Ballot and a Prayer, Biden Wins White House

Four days after telling supporters to “keep the faith” on election night, Democratic challenger Joe Biden is projected to defeat Donald Trump in a presidential race he touted as “a battle for the soul of the nation.”

The lifelong Catholic won faithful voters whose mail-in ballots delayed counts in the battleground states of Michigan, Wisconsin, and, finally, Pennsylvania to overtake the incumbent president in an election marked by record-setting turnout and pandemic precautions. Final results are still being tabulated in Nevada, North Carolina, and Georgia, where the close numbers have gone to a recount.

Biden, 78, tweeted, “America, I’m honored that you have chosen me to lead our great country.”

“The work ahead of us will be hard, but I promise you this: I will be a President for all Americans — whether you voted for me or not,” he added, sharing a clip of “America the Beautiful.” “I will keep the faith that you have placed in me.”

Trump rejected Biden’s win, saying in a statement Saturday morning that “this election is far from over,” and pledging a legal challenge to the final ballot-counting in swing states. The electoral college breakdown showed Biden surpassing 270, compared to Trump’s 214 at the time.

Though white evangelical and born-again christian support for Trump held steady (at 81% according to initial AP VoteCast stats), Biden’s campaign saw a boost from black Protestants, Catholics, and the small cohort of increasingly vocal and organized “Never Trump” evangelicals, some of whom previously voted third-party.

Biden did more to appeal to religious voters than any Democratic candidate for president in decades, particularly in contrast to the lack of outreach from Hillary Clinton in 2016 or John Kerry in 2004. Biden’s faith team ran ads on christian radio and op-eds in evangelical media, sharing Biden’s embrace of christian faith in his own words.

He made gains among white Catholics, splitting the demographic with Trump, and won more than two-thirds of Hispanic Catholic voters, AP VoteCast found.

His campaign emphasized character, moral decency, and the need to restore the “soul of America.” Biden quoted the philosopher Søren Kierkegaard, who said, “faith sees best in the dark,” and talked about how to respond to tragedy, personal and national, with hope, humility, and compassion.

Many white evangelicals, like fellow Republicans siding with Trump, characterized Biden as an extremist and connected him with progressive and socialist policies promoted by other candidates in the Democratic primaries—like Beto O’Rourke’s suggestion that some churches should be taxed or Bernie Sanders’s support for the Green New Deal. Trump and his evangelical allies claimed that Biden would shut down churches and ministries and “hurt God” if elected.

“White evangelicals are caught in the moment, and they do see some serious threats from the Biden administration,” said Daniel Bennett, political science department chair at John Brown University. “I just don’t know how much those threats will translate after an election where Trump loses and they realize, ‘Oh, my church isn’t being shut down, and my guns aren’t being taken away by government soldiers.’”

White evangelicals most frequently objected to the the Democratic candidate’s position on abortion. For many years, Biden attempted to establish himself as a moderate on the divisive issue. In 2020 that became politically impossible, and Biden reversed himself on federal funding and pledged to defend women’s access to abortion.

Political scientists predict Biden will act quickly to undo some of the pro-life advances made under Trump, such as revoking the Mexico City policy, which barred US aid dollars from funding abortions abroad. He may be restrained, however, by Republican gains in the House and Senate and Trump appointees in the federal courts.

Evangelicals also raised concerns about religious liberty in a Biden presidency, especially the rights of small-business owners opposed to supporting same-sex marriages, such as Colorado baker Jack Phillips, who won a Supreme Court case in 2018.

Biden’s administration will face competing narratives as both a “return to normalcy” under an ideologically mainstream career politician and an “open door to a very large progressive wing of the Democratic Party to assert power,” according to Mark Caleb Smith, director of the Center for Political Studies at Cedarville University.

“The thing that evangelicals are talking about and conservatives in general are talking about is that progressive wing getting power and bringing about significant change,” he said. “It’s which of those two narratives come out ahead” as Biden takes office, addresses the country, appoints his cabinet, and begins his legislative agenda.

While some evangelicals who endorsed Trump challenged the reports of Biden’s victory, others have emphasized the importance of unity and fairness as the vote counting stretched on.

As the president challenged the tight outcomes in states still counting mail-in ballots, Albert Mohler, president of the Southern Baptist Theological Seminary, spoke out against “making generalized charges of voter fraud without specifics that can be investigated,” saying “that’s quite dangerous to America as a nation.”

After Pennsylvania was called for Biden on Saturday morning, Franklin Graham said his prayer was for Americans to pull together regardless of who is elected president.

Biden “is viewed as having an authentic faith,” said Richard Mouw, former president of Fuller Theological Seminary, who joined Pro-Life Evangelicals for Biden. “He may not be the conservative Catholic that a lot of evangelicals would like him to be, but when he talks about his faith, it rings true.”

Michael Wear, former Obama White House staffer and senior advisor for Not Our Faith, offered prayers for Biden and vice president elect Kamala Harris on Saturday morning, saying he was “Grateful for them, and their stellar campaign, for running a campaign worthy of the office they sought and won.”

Evangelicals backing Biden called out what they saw as “toxic rhetoric” from the outgoing president and cited their christian convictions in favor of Biden’s positions on racism, health care, poverty, immigration, and climate science.

While some did not agree with the Democratic platform on abortion, they spoke about other ways of being pro-life, such as through economic policies that address poverty and programs that provide strong social safety nets.

“President Trump’s immigration policies and the overall tone he set toward immigrants coming through our Southern border played a huge role in my decision for this election,” said Alicia Burton, a Hispanic evangelical voter in Austin, Texas, who belongs to the christian group Choose Welcome.

Burton is opposed to abortion and voted third-party in 2016, but cast a ballot for Biden this election. “While I think governments have a role in maintaining a border, family separation and the drastic decrease in the number of refugees allowed into America were things I cannot continue to see happen,” she said. Latino evangelical voting patterns vary by state and background, but 61 percent backed Trump this time, per AP VoteCast, boosting his margins in states like Florida.

Biden also relied on the passion and prayers of the black church, with hundreds—mostly black women—joining a prayer call on his behalf the day before the election. “This is our prayer of victory in advance, of faith not fear,” said Democratic National Convention vice-chair Michael Blake, also a lay leader in the African Methodist Episcopal and United Methodist traditions. 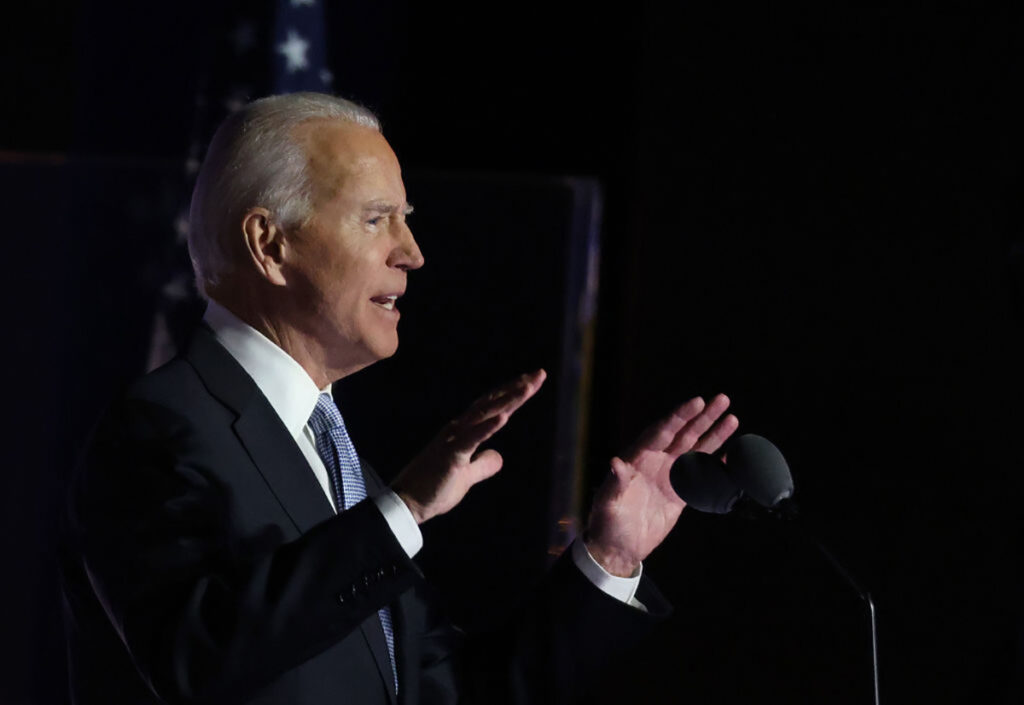 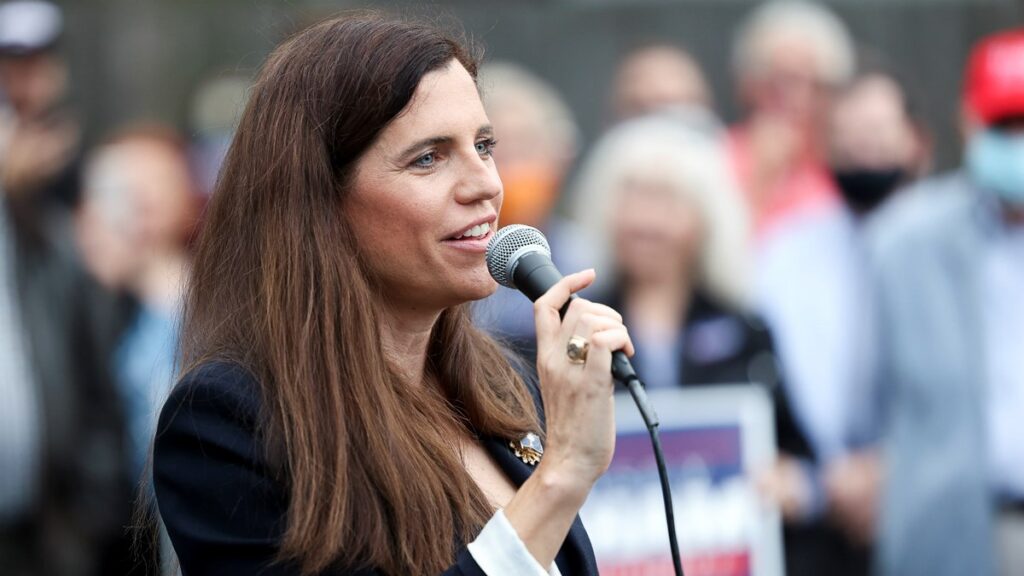