Barring an unexpected last-minute development, the new government of Yamina leader Naftali Bennett and Yesh Atid chairman Yair Lapid will pass a vote of confidence at the Knesset on Sunday night and Bennett will be sworn in as Israel’s 13th prime minister, replacing Prime Minister Benjamin Netanyahu.

Netanyahu would leave office after more than 12 straight years in power and a total of 15 years as prime minister, which made him one of the longest currently serving democratic leaders in the world.

The special Knesset session will begin with Bennett introducing his cabinet and presenting the government’s guidelines. Lapid will speak next, followed by Netanyahu and representatives of the 13 factions in the Knesset. There will then be a vote on replacing Knesset Speaker Yariv Levin (Likud) with MK Mickey Levy (Yesh Atid) and then the vote of confidence in the new government.

Sources close to Netanyahu said his departure from the Prime Minister’s Office and then the official residence on Jerusalem’s Balfour and Smolenskin streets would be coordinated soon after, if he is indeed replaced. But they left open the possibility of last-minute surprises.

Final appointments for portfolios were ministerial posts that were officially announced on Saturday night included former MK Nachman Shai, (Labor) as Diaspora affairs minister, Orit Farkash-Hacohen (Blue and White) as science and technology minister, Meretz MK Yair Golan as head of the Knesset Aliya, Absorption and Diaspora Affairs Committee and Labor MK Rabbi Gilad Kariv as head of the Knesset Law and Constitution Committee. The Community Affairs Ministry, which was set to go to Bayit Yehudi Party leader Hagit Moshe, will remain with Bennett for now.

Lapid completed the process of signing coalition agreements with the eight parties that will be part of the new coalition on Friday.

“The signing of these agreements brings to an end two and a half years of political crisis,” Bennett said. “The government will work for all the Israeli public – religious, secular, ultra-Orthodox, Arab – without exception, as one. We will work together, out of partnership and national responsibility, and I believe we will succeed.”

Lapid said: “The Israeli public deserves a functioning and responsible government that places the good of the country at the top of its agenda. That’s what this unity government has been formed to do. All the partners in this government are committed, first and foremost, to the people of Israel.”

Whether the new coalition would pass a bill that would prevent Netanyahu from running again remains undecided. Coalition parties decided to back term limits, but did not decide their extent or whether Netanyahu would be grandfathered in.

The overarching agreement calls for closing the Strategic Affairs Ministry, the Community Advancement Ministry, the Water Ministry and the Digital Ministry.

The coalition will work to build two hospitals in the Negev and the Galilee, another airport, a university in the Galilee; provide help for the tourism industry hurt by the coronavirus; construct 300,000 low-cost apartments throughout the country and work to raise the percentage of Israelis employed in the hi-tech industry to 15% of the population.

On matters of religion and state, the new coalition supports competition in the kosher services, enabling municipal rabbis to convert people and changing the voting body that elects the chief rabbi to ensure that a religious-Zionist chief rabbi is elected.

Other key aspects of the coalition deals include forming an operative plan to curb crime within the Arab sector and advancing reforms that will ensure mental health for disabled IDF veterans.

Lapid signed a historic agreement with the Ra’am (United Arab List) Party on Friday morning. Ra’am will be the first Arab party in the governing coalition since the Arab List for Bedouin and Villagers in Yitzhak Rabin’s first term as prime minister between 1974 and 1977. The deal gives Ra’am a deputy minister in the Prime Minister’s Office that will deal with Arab affairs and the chairmanship of the Knesset Internal Affairs and Environment Committee and committee on Arab society.

The new government will invest NIS 2.5 billion over five years in fighting crime in the Arab sector. It will also invest NIS 20b. for transportation in the Arab sector by 2030. Additionally, another NIS 100 million will be allocated over five years for infrastructure projects in Arab communities and three unrecognized Bedouin villages – Abda, Rahma and Hisham-Zan – will be recognized and developed.

An agreement signed with the Yisrael Beytenu calls for allowing public transportation on Shabbat and implementing the Western Wall agreement that was reached in 2016 and canceled in 2017 due to pressure from United Torah Judaism.

Yesh Atid’s agreement with Labor gives it the Transportation, Public Security and Diaspora Affairs portfolios. A department responsible for advancing progressive Judaism will be created in the Diaspora Affairs Ministry. Michaeli, in addition to transportation minister, will head a new ministerial committee on promoting gender equality. MK Omer Bar Lev will be public security minister, a post held 30 years ago by his father, Haim Bar Lev. Shai, who has vast experience dealing with Diaspora issues as a former Israel director of the Jewish Federations of North America, was named Diaspora Affairs minister.

The agreement with New Hope calls for splitting the role of the attorney-general, hiring 50 inspectors to prevent Palestinian building in Area C of the West Bank, developing the Golan Heights and decriminalizing the use of cannabis.

Blue and White’s deal gives the Defense Ministry to Gantz and Science and Technology Ministry to Farkash-Hacohen. Aliyah and Integration Minister Pnina Tamano-Shata and Culture and Sport Minister Chili Tropper will both retain their posts. The agreement calls for passing a bill to draft yeshiva students to the IDF, forming a commission of inquiry into the Meron disaster and bringing more immigrants from Ethiopia to Israel.

A dispute over the appointment of a deputy defense minister for Gantz was postponed until after the formation of the government.

All agreements were successfully reached by Friday’s 4 p.m. deadline.

‘It’s Always Been There’: Marvel Confirms Antihero Loki Is Gender Fluid in New Disney Plus Series 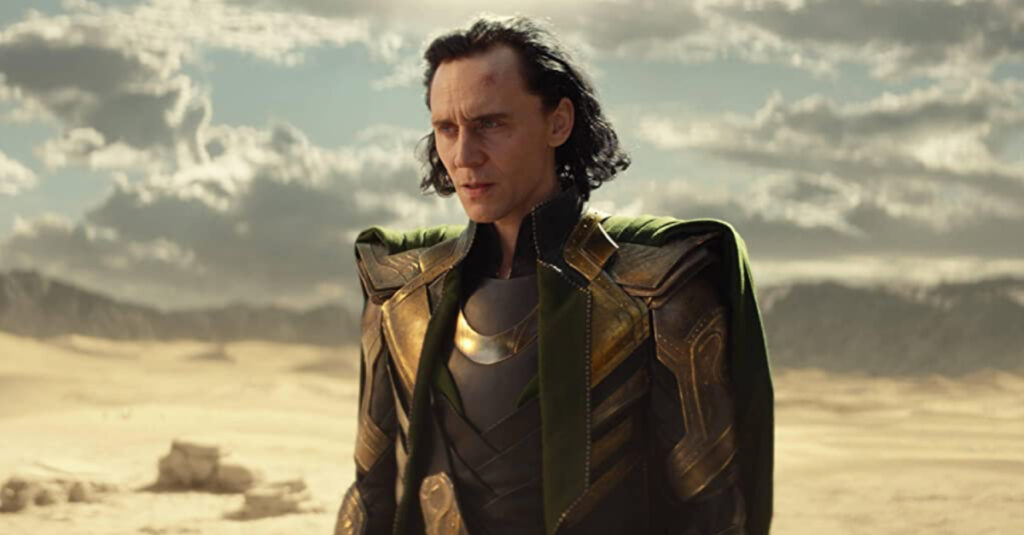 History in the making: How Bennett and Lapid’s brotherly bond began