The app shows images from the 19th century until the present day in an effort to paint a broader picture of every aspect of Poland’s rich Jewish history.

JEWS LIVING in a shtetl in Poland

A new app from the Jewish Galicia Museum in Poland has shone a spotlight on the country’s rich Jewish history, expanding beyond the events of the Holocaust, Polish news outlet The First News reported.

The app, made with the support of the Polish Foreign Ministry, was developed as a means of drawing attention to the country’s rich Jewish history, rather than focusing exclusively on the events relating to the Holocaust, which saw a large majority of Polish Jewry wiped out by the Nazis.

According to museum representative Tomasz Strug, the app was also focused on making the museum more easily accessible.

“We were thinking for a while about creating some kind of easily-available online tool to reach beyond our conventional programs and usual audience,” he told TFN.

However, the coronavirus pandemic changed things. Once it became obvious that online access to the museum was the only way of keeping the museum functioning during lockdowns, work on the app began to accelerate.

“Seeing that the museum is somewhat photography oriented, then the construction of a photo app became the next logical step,” Strug explained to TFN.

The photo-centric app takes full advantage of the museum’s focus on photography, showcasing a vast variety of rare images from numerous Jewish and non-Jewish sources from the 19th century until today. It is also meticulously categorized by era, with categories ranging from pre-1918, inter-war Poland, Communist-era Poland and Poland following its democratization in 1989, and while the app is still a work in progress, more photos will be added in the coming months. As a result, it shines a spotlight on as many aspects of Polish Jewry as possible, rather than just the ones related to the Holocaust.

“The idea was to show as much of Jewish Poland as has been photographed, from early photographic images right the way up to current times,” Strug told TFN.

He further explained why it was important to expand an understanding of Polish Jewry beyond the Holocaust.

“Poland’s long Jewish history is often overshadowed by the Holocaust or by black-and-white images of the pre-war community which are only ever really used to contextualize the genocide that followed. We wanted to show how rich and complex this culture was, and that Jewish life still continues to exist in Poland.”

In addition, the museum plans to add more than just photographs as part of its plan to build a solid consistent base of users.

“We’d like to go beyond just photographs and publish things like newspaper front pages, Yiddish theater posters, important documents and suchlike. The goal is to build a database of images with accompanying texts that become a ‘go to’ reference for those interested in Jewish Poland,” Strug told TFN.

This is why each photograph has text and a story behind it, providing what Strug calls micro-essays in order to paint part of the bigger picture that is Polish Jewry.

“We wanted each photo to say something about Jewish Poland,” Strug explained to TFN, “even if it was just something small. We didn’t want to over-complicate things as far as single texts went, but we always felt it was necessary that, when taken together, the collection would show a complex picture of Jewish life.”

The app is free to download on the museum’s website, and while it could later be rolled out in other languages, it is currently only available in English, TFN reported.

The Krakow-based museum is not the only museum to port some of its collection online amid the coronavirus pandemic. In October, the Museum of Jewish Heritage in New York developed virtual field trips for its museum to provide remote educational experiences about the Holocaust and other aspects of Jewish history. Back in March, Jerusalem’s Tower of David Museum launched a virtual reality project to allow people to remotely tour the many famous holy sites in the city.

Other museums have taken to apps to provide educational experiences about Jewish history. In June, the UK’s National Holocaust Centre and Museum launched an interactive video game called The Journey for Apple and Android devices to put users in the shoes of a Jewish boy growing up in Berlin under Nazi rule, and was built based on the accounts and consultations of Holocaust survivors. 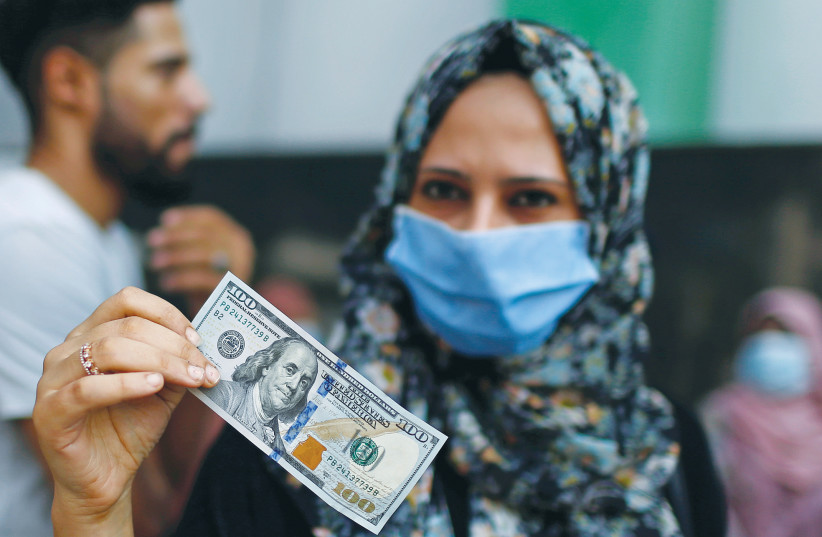