After the bombing of Pearl Harbor, Americans relied on certain rituals of mourning to manage the shock of what had occurred. Sixty years later, after planes slammed into the World Trade Center towers and the Pentagon, they turned to those rituals once more.

Desperate to make sense of the tragedy, Americans consumed all manner of media coverage. Within hours of the attack, political leaders reassured the public that the nation would remain strong, and then identified military action as the primary mechanism of retribution. And Americans went to church because, as Melissa Matthes explains in When Sorrow Comes: The Power of Sermons from Pearl Harbor to Black Lives Matter, “gathering in grief at a worship space after violence seems to be a quintessentially American practice.”

Americans find comfort in familiarity during tragedies, so it is not surprising that Matthes, a professor of government at the United States Coast Guard Academy, discovered patterns of consolation in the thousands of sermons she read in preparation for her book. But Matthes’s work is not solely about the words of comfort spoken during crisis points. Her book stands out because she explains how Protestant ministers adapted their rhetorical strategies to respond to significant challenges that they faced as the religious and political landscape shifted after World War II.

Disparities in how ministers reacted to Pearl Harbor and 9/11 are particularly instructive. Following the Japanese attack in Hawaii, Protestant clergy called for introspection, specifically asking congregants to consider how they had helped create a world where such violence was possible. Careful to maintain their moral voice, Matthes argues, most Protestant ministers refused to frame American military action as an expression of sacred history even though they supported a proportional response. Sixty years later, sermons deviated from this prophetic course as ministers invoked a triumphalist civil religion that championed American goodness and the redemptive power of military action.

The differences between the sermon rhetoric of 1941 and 2001 are emblematic of broader changes within Protestantism that took place between then and now. Throughout the 80 years that she covers in her book, Matthes characterizes ministers, especially white Protestants, as being so concerned with the church’s waning civic presence that they repeatedly reflected and reinforced the nation’s power dynamics from their pulpits. Though clergy expected a closer affiliation with the state to restore the church’s public prowess, Matthes argues that this tack ultimately led to ministers losing their prophetic voice and thus the ability to provide the nation with moral direction.

Central to Matthes’s interpretation of post–World War II America is the argument that the church’s cultural stature in time of crisis determined the tone and tenor of messages adopted by ministers. When Protestant churches maintained significant influence at midcentury, clergy believed they had a right and a responsibility to shape public affairs. Flush with confidence, ministers crafted sermons that challenged congregants to restore christian values. Moreover, because they were convinced that the church’s public presence mattered, clergy saw no need to “collapse the United States and Christianity,” as Matthes puts it.

But as Protestantism’s stature declined, ministers shaken by dwindling church attendance and the advance of secularism began to doubt whether their interventions could help redeem the culture. To reestablish influence, Matthes effectively argues, Protestantism “forfeited its prophetic power,” seeking instead to “ingratiate itself to the state, to use the mechanisms and processes of the state to augment its own power and authority.”

In a book filled with noteworthy contrasts, perhaps the most interesting one is Matthes’s description of Protestant responses to the tragic actions of two notorious murderers, Lee Harvey Oswald and Timothy McVeigh. In the immediate aftermath of John F. Kennedy’s assassination, clergy directed their congregants to incorporate soul-searching into their mourning. In particular, preachers asked their fellow Christians to consider that Oswald, a “quintessentially American” man who entered adulthood while he was a US Marine, derived his hatred and violence from an immoral society that they were at least partially responsible for creating.

Opinions on the reasons for this destructive cultural decline varied, with conservative Protestants typically blaming the removal of God from the public square and liberals charging the church with abdicating its public duties. Even so, the Protestants of this era agreed that the nation would continue to devolve into base behavior unless Christians revived a robust public spirituality.

Three decades later, after Timothy McVeigh was arrested for bombing the Murrah Federal Building in Oklahoma City, Protestant ministers were no longer able to lead the country into introspection, Matthes argues. Although McVeigh resembled Oswald in that he was a veteran who had grown up in America’s heartland, there was little public desire to consider how American culture had contributed to violent extremism as it existed in 1995. Church leaders were among those quick to characterize McVeigh’s actions as antithetical to the American way, choosing instead to highlight the national goodness embodied by the rescue crews and doctors who cared for victims. For Matthes, the church’s eschewing of penitent reflection in favor of a celebratory civil religion indicates that Protestants had grown comfortable merging their perspectives with broader national interests.

Even as she charts changes in the disposition of Protestant leaders toward political power during the late 20th century, Matthes characterizes the era’s racial dynamics as expressions of tragic continuity, with communities of color consistently treated as “the other.” Crises revealed the absence of status among communities of color, as those who felt the pain of government internment (Japanese Americans), the agony of violent death (the assassination of Martin Luther King Jr.), or the anguish of abuse (the police beating of Rodney King) rarely witnessed other Americans treat their losses as national tragedies. This segregation of sorrow perpetuated divisions in American life because it kept many white ministers from understanding that the angry responses to systemic racism practiced by those in oppressed communities were outcries for social reform.

It is difficult to read Matthes’s book and not see race as the biggest barrier to a truly inclusive American civil religion. At times in post–World War II America, the obstacles to racial justice included white Christians who intentionally and aggressively treated communities of color as “them” rather than “us.” Such was the case when certain Southern Baptist pastors opposed President Lyndon Johnson ordering flags to be flown at half-mast to honor King after his murder. On other occasions, the message that Black grief should remain parochial was less straightforward, though no less harmful. For Matthes, the speed with which many white Americans declared that race was not a factor in the deaths of unarmed Black victims like Trayvon Martin and Michael Brown indicates the continued relegation of Black grief.

Though she frequently addresses hot-button issues that foster controversy, Matthes approaches these subjects with the confidence of someone who gave focused attention to a wide array of sources. Consequently, there is much to like about her thoughtful account of the intersections between mourning and politics.

Still, the topic is not without its challenges. Chief among them is the difficulty that all scholars have in classifying the beliefs and practices of large religious communities in a way that identifies common char

The Dark History of Abortion Doctors 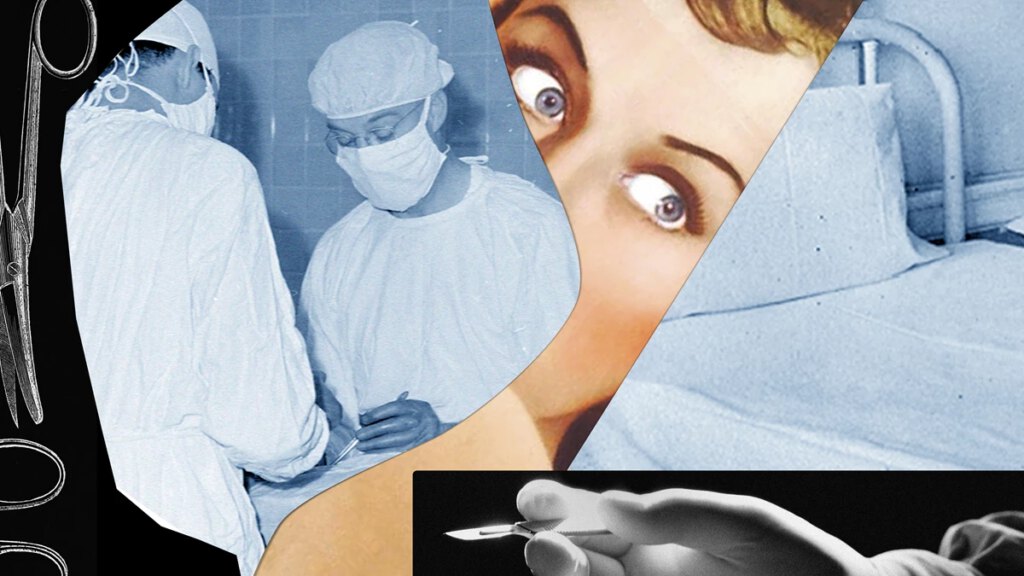 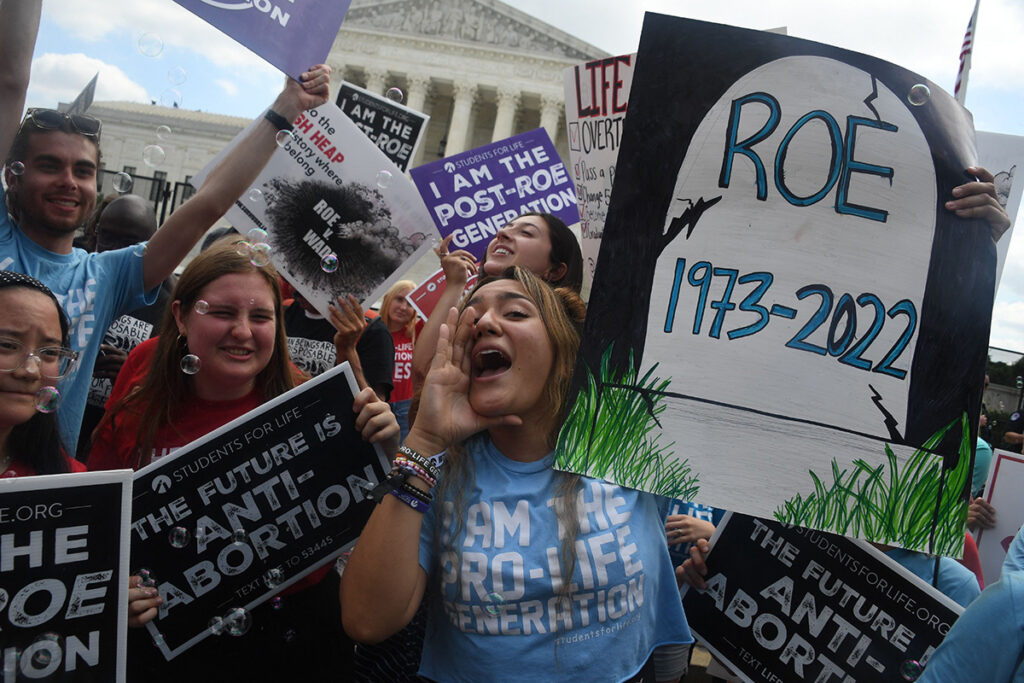