Before the Corona Era (BCE), some 1 million visitors a year came to Acre enjoy the wonderful combination of ancient history, Turkish bazaars and beaches.

The courtyard of the Crusader-period Knights’ Fortress in Acre’s Old City, with the Ottoman buildings and British prison above.

Who would have thought that sticking close to home would be the biggest vacation trend of the summer? Who, indeed, imagined a summer quite like this? But like millions of others, with international travel still severely suffering from the effects of the novel coronavirus, my short break this month turned into a staycation instead of an overseas’ vacation.

I’m not complaining. Anyone who still has a job and can afford a holiday rather enforced time at home through ill health, high risk or unemployment can consider themselves lucky this year. I was doubly lucky as I happily mixed business and pleasure – a trend a British Airways executive once told me is nicknamed “Bleisure.” I spent two days with my son in Acre (Akko) as the guest of the Palm Beach (Hof Hatmarim) Hotel and the municipality, which are very eager to show what they have to offer domestic tourists in the Corona Era (CE).

Traveling anywhere this year is a different, more challenging, experience: It was my first train trip in which a corona steward walked up and down the carriages politely enforcing the rules that passengers wear masks. A travel review will appear separately, but suffice to say the hotel has made a huge effort to make its facilities CE-friendly, with plenty of automatic hand sanitizer dispensers, no self service at meals and masks required in the common areas.

As I began to unwind in our hotel room, overlooking the Mediterranean, I counted even more blessings. If you have to spend a vacation close to home, it could be worse than being a Jerusalemite traveling to another historic city situated on a beautiful coast.

It was strange to see Acre through the eyes of a tourist. In the 1980s my family lived in nearby Karmiel. I didn’t realize Acre’s potential as a tourist destination and I don’t think even Acre itself then fully understood what it had to offer. That changed when, after a concerted effort by a few visionaries, it was granted UNESCO World Heritage Site status in 2001.

Poor Acre: Over millennia, major battles were fought for it and yet it faded into almost obscurity. It was first mentioned in the biblical Book of Judges when the tribe of Asher tried to conquer it; the clashes between the Crusaders under Richard the Lionheart and the Ottomans under Saladin have literally left their mark in the extraordinarily well-preserved Old City fortress area; Napoleon famously failed to take city from the Turks and it was ultimately the British who ousted the Ottoman rulers at the end of World War I. Part of the city’s demise can be attributed to the British developing Haifa Port for their larger ships, leaving Acre as a sleepy harbor.

Our trip, ably guided by the municipal director of tourism marketing Roni Miyara, included the Knights’ Fortress compound; the Napoleonic-era cannons, fascinating museums in beautiful stone buildings; the beautiful mosaic-filled “Tunisian Synagogue,” and the former Ottoman and British jail, which once housed the founder of the Baha’i religion (which considers Acre to be its holy city), Revisionist leader Ze’ev Jabotinsky and members of the anti-British underground movements.

Despite the dearth of foreign tourists, we weren’t the only people enjoying the city’s attractions. Our staycation coincided with both the yeshiva-world’s summer vacation period and the Muslim Eid al-Adha holiday. Members of both communities could be seen in the city that promotes coexistence as a matter of course. (Jewish residents make up about 70% of the population of some 50,000, and Arab Israelis form the remaining 30%.)

Before the Corona Era (BCE), some 1 million visitors a year came to Acre enjoy the wonderful combination of ancient history, Turkish bazaars and beaches. Like me and my son, most visitors this summer did not have far to travel. The municipality is aware of the potential of domestic tourism and is helping local businesses – including the thriving culinary scene and artists colonies – adapt and move ahead.

We ate a meal at the fabulous (kosher) Roots restaurant, which – like several other businesses we came across in the city – was cofounded by a Jew, Muslim and christian.

The coexistence is not without its tensions but it is nonetheless real – and another blessing.

DURING OUR stay, the terrible explosion rocked the Lebanese capital causing death and devastation not so far up the Mediterranean coast. Although the exact cause is still not known, it is clear that Hezbollah is to blame, be it through negligence, corruption or stockpiling explosive material with malevolent intent. I was pleased that the Israeli government offered aid and was willing to accept victims at hospitals in Galilee. I was saddened – for all of us – that Iranian-proxy Hezbollah could not even in this desperate time of need put aside its hatred of “the Zionist entity” and accept the life-saving help. I was not, however, a supporter of the gesture by the Tel Aviv Municipality to light up its city hall in the colors of the Lebanese national flag. It felt like typical Tel Aviv virtue signaling, ignoring other disasters and massacres far from the Western media centers.

The Corona Era has forced us to slow down and take stock of our lives and surroundings. While the protests outside the Prime Minister’s Residence continue to receive an extraordinary amount of media coverage in a somewhat self-perpetuating cycle, I recall the lack of publicity for the suddenly unemployed every time a major factory closes in the so-called “periphery.” When the over-inflated government finally gets its act together and passes a budget, it should help erase the distinctions between the Center and “everywhere else.” The train ride from Tel Aviv to Acre took about one and a half hours. Israel’s landscape is remarkably varied but the country is small, it cannot afford to be divided.

THERE ARE other dangers in dismissing what goes on in the “periphery.” This month Israel is commemorating 15 years since the withdrawal/disengagement/expulsion from Gaza. Returning to work after the short getaway, I dived into the stories of those who lost their homes, communities, livelihoods and very way of life. I sorted through heartbreaking photos of Jewish refugees crying as they were wrenched away from everything they cherished – all that was destined to be destroyed. Even the dead were disinterred from Jewish cemeteries and reburied elsewhere in Israel. The only Israelis who remain in Gaza are the bodies of two IDF soldiers kidnapped during a ceasefire in Operation Protective Edge six years ago (another strange summer) and two civilians, including Avera Mengistu, who suffers from mental-health problems, being held captive by Hamas.

In 2005, there was much hype about the possibility of Gaza turning into a Mediterranean Singapore but Hamas, which took over the Strip in 2007, burst those illusions like balloons. Hamas has shown expertise and creativity when it comes to balloons. Once the symbol of summertime fun and children’s parties, Hamas had the devilish idea of attaching incendiary and explosive devices to balloons and kites and letting them land where they will in Israel, to set fires or cause other forms of harm and eco-terrorism. This week alone scores of such balloons ignited fires in southern Israel.

Fifteen years ago, there were those who scoffed at the possibility that rockets from Gaza could reach nearby Ashkelon, let alone Tel Aviv further up the coast. No one is laughing now. One and a half decades, three mini wars and tens of thousands of rockets later – not to mention the Second Lebanon War, which took its deadly toll in the North – look at Gaza and Lebanon and weep.

It’s tragic. Were there to be peace, the coast from Beirut to Gaza could provide Riviera-like recreation opportunities for people of all races and religions to enjoy – whether close to home or visitors from afar. But it’s an ill wind that carries incendiary balloons, not the cool summer breeze we could all benefit from. 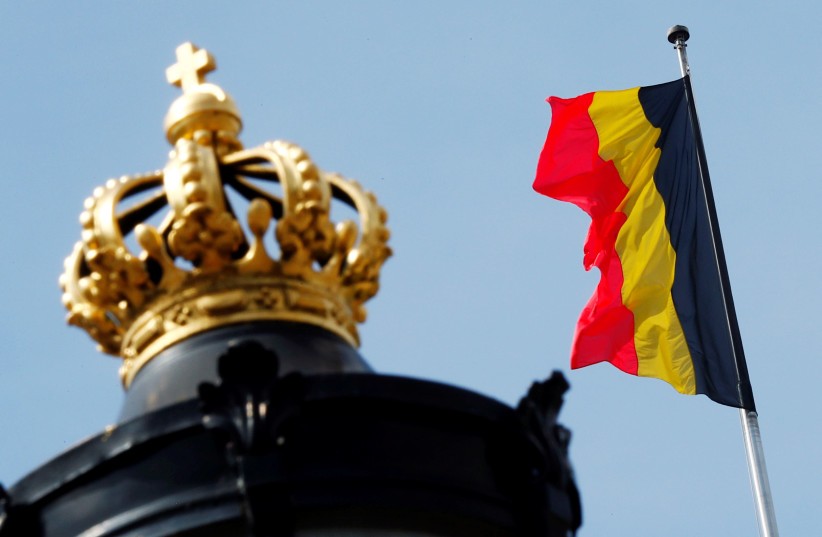 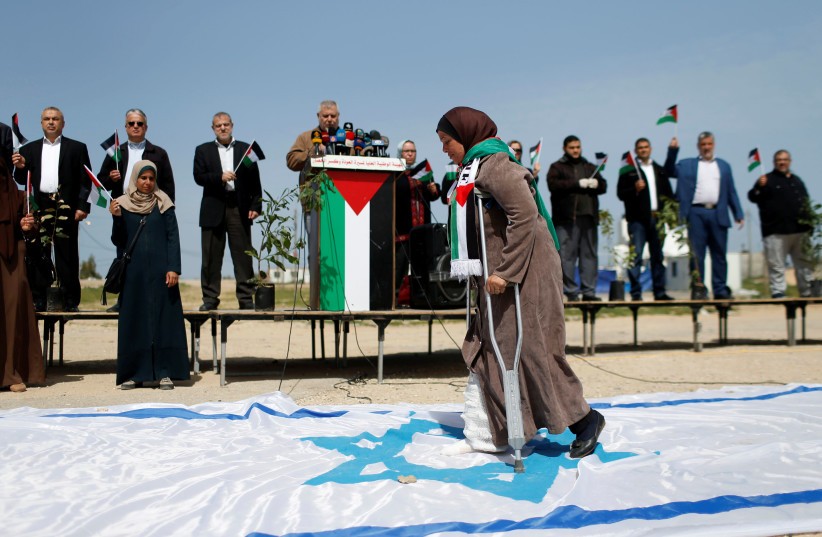