Monuments Can Be Destroyed, but Not Forgotten

In the Hebrew Scriptures, stone monuments are earthen witnesses to a sacred covenant. When Jacob contractually maneuvered himself out from under his father-in-law Laban, he set up a pillar in the highlands of Gilead. It was supposed to be a reminder of a legal separation, but the fragility of the peace was underscored by the dueling names given to the monument: Jacob’s in the Hebrew tongue, Laban’s in Aramaic. The monument was barely dedicated before it became an object of linguistic civil war.

What’s old is new again. Disputes over historical markers and their meanings are simply the continuance of culture war by other means. Theologian Ryan Andrew Newson wrote his new book Cut in Stone: Confederate Monuments and Theological Disruption in the wake of the 2017 protests and counter-protests in Charlottesville, Virginia. Thousands of organized white nationalists infamously marched through the University of Virginia campus chanting language—“White Lives Matter!” “Blood and Soil!”—charged with centuries of racial supremacy. The material cause for the march was the threatened removal of a statue of Confederate General Robert E. Lee. Erected in 1924, the statue presented a genteel, handsome Lee—hat in hand, martial but not militaristic. The stone general is resigned but undefeated, like the Lost Cause he represents.

The statue lasted decades in the city center without scrutiny, but in the 21st century, it struck some as strange to venerate the leader of a rebellion devoted to the preservation of chattel slavery. Newson’s book delves into the history of Confederate monuments like this one, asking what sort of political ideology—or theology—underwrites them. What did these monuments—often constructed many decades after Lee resigned at Appomattox—mean for the communities that created them? What gave them their near-sacred value? And what is the appropriate political and theological response to markers of a contested American legacy? Can you—should you—erase a moral tragedy?

When they were originally constructed, monuments to Confederate leaders and soldiers were remarkably free of cultural guilt. Hundreds of statues appeared in over 30 states in the aftermath of Reconstruction, as the South began to rehabilitate its image—and historical memory. As Newson points out in fascinating detail, the Confederacy was re-memorialized decades after its military defeat. Monument construction was most intense from 1890 to 1950, a span of time that unsurprisingly coincides with Jim Crow.

Other defeated nations and causes have wrestled with how to remember a tragic history. Germany after the Second World War underwent a therapy of historical penance that continues even today. The Confederacy, however, did not. Its monuments served a “palliative” purpose, Newson argues, aiming to “alleviate collective suffering without addressing the root cause of the pain.” So the stone figures stood as reminders of the genteel honor and heroic manhood of figures such as Lee, Stonewall Jackson, and Jefferson Davis—eliding their militant defense of chattel slavery. With these symbolic moves, the memory of slavery was quickly shunted into the distant past, even as its system of involuntary unpaid labor shifted from the plantation to the chain gang in the late-19th century and the systemic incarceration of African Americans in the 20th.

As a historical project, Cut in Stone focuses on the Reconstruction-era South, but Newson’s theological analysis touches more broadly on the nature of historical memory and the moral obligations of a political community that is still haunted by the sins of its fathers. Newson’s book was published in the middle of the summer of 2020—a wry moment of providence if ever there was one. While Charlottesville in 2017 provides the backdrop to the book, more recent events have made its subject matter even timelier.

I was invited to review Newson’s book the day that statues of Christopher Columbus were removed from Grant Park and Arrigo Park in my hometown of Chicago. A week prior, a confrontation between protesters and police had centered on the statue in Grant Park. As protestors attempted to topple Columbus by force, multiple people on both sides of the conflict were injured.

In the early-20th century, the monuments had been commissioned by Italian-American communities in Chicago to memorialize the Genoese explorer, who at that time evoked a spirit of exploration and American destiny. Forgotten for centuries was Columbus’s brutal subjugation of indigenous peoples—not to mention the mercenary motivations of his transatlantic voyages.

There’s a reason political communities—and movements—make myths about themselves. And not all of them are formed in malice or bad faith. We typically retell the story of the civil rights movement in heightened rhetoric that foregrounds its best ideals while leaving other details—including the moral peccadillos of its leaders—in the shadows. Only recently have we begun to tell the stories of grassroots figures like Ida B. Wells and Fannie Lou Hamer in addition to chronicling the (sometimes problematic) charismatic male leadership of Martin Luther King Jr. and Malcolm X. When a narrative has been told for decades, or centuries, it takes of lot of intention to reorder historical memory.

In Charlottesville and Chicago, historical myths finally cracked. The stone figures of Lee and Columbus, for different reasons, were not mere historical memories, but witnesses to some deeper sense of national or ethnic identity.

One of the blind spots of modern liberalism—the political philosophy, not the ideology—is its studied obliviousness to the sacral elements of social life and national identity. There’s a reason that the debate over stone structures reaches the fevered pitch that it does. You find out what a community reveres when the removal of its earthen symbols triggers charges of disrespect, violation, and even blasphemy. You find out what a revolution really seeks when you notice what the iconoclasts want to destroy.

Newson is appropriately circumspect when asking what the proper social or theological response ought to be toward Confederate monuments. There is no way to continue honoring the noblesse oblige of figures like Lee and Jackson without resorting to a moral naivete that is willfully ignorant of American history. The instinct to topple national idols is understandable. But does destruction lead to erasure? Is there a reason to remember the tragedies of American history in a way that acknowledges the complications of the past without giving honor where shame is due?

This is where the virtue of prudence comes in handy, as virtues do. How do we distinguish among the different symbols—what they portray and what they represent for a variety of communities? If we decide collectively that honorific statues of Confederate military leaders should be removed, or perhaps limited to museum exhibits, should we do the same for Christopher Columbus, Thomas Jefferson, George Washington, or even Abraham Lincoln? All of these figures have come under scrutiny, often for good reasons.

On July 24th, the day Columbus came down in Chicago, one of the protestors made the statement that the statue symbolized negative values that the city needed to “acknowledge,” but also “divorce ourselves from.” The monument, she said, had “nothing to do with where Chicago is going and our future.” But that’s the tricky, sometimes awful thing about sacred symbols: Even though they are only made of stone, they carry layers of communal history that aren’t easily cast aside. Is it important to remember what Columbus represented to Italian-Americans at a time when they were also the victims of white supremacy? How does that piece of history need to be preserved once the idol has been toppled?

Chicago mayor Lori Lightfoot explained that the removal was “an effort to protect public safety and to preserve a safe space for an inclusive and democratic public dialogue about our city’s symbols.” Which seems quite responsible in such tenuous and terrifying times. Putting a hold on things—providing space for deliberative liberalism to do what it does best—seems prudent.

And yet few, on the left or the right, seemed disposed to mimic the mayor’s temperament. Charges of lawlessness were thrown from one side, and charges of brutality and moral complicity from the other. Few seemed satisfied with the mayor’s actions—or if they were, they were reluctant to say it publicly.

Newson’s historical and theological analysis reminds us that a statue is rarely just a statue; stone pillars are usually consecrated to a cause—for better or worse. And while the past few summers of culture-warring haven’t come close to resolving every question of whether our most controversial monuments should stay up, come down, or go elsewhere, Cut in Stone provides a helpful framework for understanding the political and theological principles at stake.

Clearly, sacred objects ought to be handled carefully. And yet, sometimes their destruction—as with golden calves or stone tablets—is the more meaningful response. If Moses smashed stones 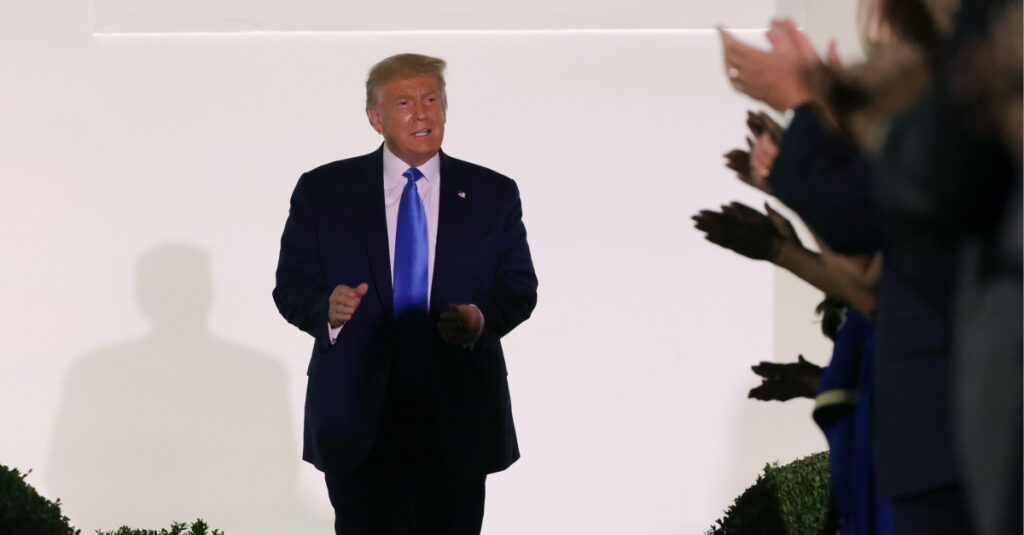