mewithoutYou Does Not Exist (But Is Kicking Off Its Final Shows)

I mean, yes, there’s a group of men who have been playing music under this name for the last 20 years, who recently announced their intention to disband, and who will play the first two of a hoped-for series of farewell shows this weekend. Both live shows sold out in Philadelphia, their hometown, but are available via livestream on the web.

Ask the band’s singer, Aaron Weiss (whom critics are legally required to refer to as “enigmatic”) what the end of mewithoutYou means to him, and he’ll tell you, “We aren’t breaking up. We never were really a band. That’s not a real thing. We never existed to begin with, and yet we will continue to exist in another respect after our last show has been played.”

To him, “‘2001 to 2020, 21, 22’—it’s all totally arbitrary. To me it feels very artificial,” he said in an interview. “I don’t begrudge anyone if they would like to have a kind of a tombstone to give it a lifespan, but it’s a very arbitrary way of looking at whatever it is that we are.”

mewithoutYou came to prominence in the mid-2000s during what some call the golden age of Tooth and Nail records, the Seattle-based indie record label most closely associated with christian independent rock for the last thirty years.

At first glance, the band was seemingly peers with other rising stars in the christian screamo scene, like the bands Emery and Underoath, though its particular brand of fractured post-punk fronted by Weiss’s unhinged, spoken/screamed poetry made the band unique.

Its first album, the angular and aggressive [A->B] Life (2002), was a breakup album tinged with faith. And unlike many albums of its ilk, it often sidestepped the now-cliché “is this about God or a girl?” question by describing searching for God due to being in the depths of unrequited romantic despair.

mewithoutYou didn’t really feel like an evangelical band at this point, though simply releasing records on Tooth and Nail usually pins that label to a group regardless of their intentions.

While the long trotted-out debate of what exactly makes a band christian may have been put to bed long ago—the writer Keaton Lamle once pinpointed it as the time Jon Foreman of Switchfoot told a journalist his band was “christian by faith, not by genre”—it’s a label that’s never sat well with many of the bands who have been involved in what tends to be known as “christian rock.”

In the twenty-plus years I’ve been writing about the bands who have been tagged with this appellation, I’ve never known one that reveled in its ambiguity as much as mewithoutYou.

When I asked the band’s bassist, Greg Jehanian, what it had been like to be associated with the christian music scene despite most of the band’s members seemingly not identifying as evangelicals themselves, he called the notion of a band being christian “a bizarre concept.”

Jehanian, who not long ago graduated from George Fox University’s Portland Seminary, also described being comfortable with a certain uncertainty: “I didn’t mind that those expectations were there; as long as there was a healthy dialogue, I didn’t mind having those conversations. That was even part of my drive to go to seminary.”

In the end, he called mewithoutYou “a band who loves to make music. We have a chemistry; we have a familial bond; that’s what we do. And because Aaron is a person who wrestles and seeks when it comes to spirituality and faith, that’s certainly a prominent theme in our band, but I don’t think we’ve ever taken the stance that we’re doing this thing from an evangelical standpoint.”

Part of the reason people may have mistakenly seen the band as having an “evangelical standpoint” is a period during which Weiss was a well-known figure at Cornerstone, an independent christian rock festival organized by Jesus People USA.

His Q&A “sermons,” in which he somewhat humbly—but seriously and loquaciously—engaged the audience with questions about what it means to be a follower of Jesus, were well attended and are still available on YouTube.

The band’s albums at that time, too, began to burn with a deeply passionate faith, arguably influenced by Weiss’s time living in intentional christian communities like the Simple Way and Bruderhof. Catch for Us the Foxes (2004) opens with the stirring anthem “Torches Together,” a paean to christian community. (“Tell all the stones we’re gonna make a building!” is one of its many rousing calls to solidarity.)

And if you ask at least some of the band members, their 2006 album Brother, Sister may be the peak of both the band’s creative output and their fervor for living in a countercultural and, perhaps more explicitly, “religious” way. (During one show this weekend, they’ll play the album in its entirety in honor of its 15th anniversary.)

“That time felt really special,” said Jehanian. “The energy around creating that record is really memorable to me, and I feel like we were tapping into our chemistry together in this really special way. At that time, a few of us were living in community together, so we were tapping into the spirit of that. It felt like there was a lot of integration between what was happening in our life at home and on the road and creatively.”

Weiss was a bit more circumspect, explaining that he doesn’t like to think of certain periods of the band’s career or his life as better or worse than others. But he cited similar memories, calling the mid-2000s period one when “we were more of one mind, and we did prayers together before practice, and we had a liturgy service that we did on some tours, and we had a potluck practice where people would come to the show and bring food, and then people from the crowd would come play an instrument on stage.”

Whatever the reason , Brother, Sister is clearly an album made by a band at the top of its game—it’s punishingly beautiful, introspective, and self-effacing while reveling in a blissful spirit of, well, worship, though not in, like, the Hillsong sense: choruses of Arabic prayers, plaintive guest vocals from Sunny Day Real Estate’s Jeremy Enigk intoning “That Light is God!,” simple devotional couplets like “Open wide my door, my door, my Lord / To whatever makes me love You more,” and a final, transcendent coda proclaiming “I do not exist / Only You exist.”

If this makes the band sound like they might have been a bunch of spiritually inclined hippies, their final record for Tooth and Nail, It’s All Crazy! It’s All False! It’s All a Dream! It’s Alright (2009) might appear to confirm this. The record almost wholly abandons the aggressive guitar attack and desperately screamed emotional lyrics in favor of simple, acoustic, fable-like folk songs, many about animals or vegetables or both.

There’s a touch of the religious savant to the record, a childlike faith akin to the spirit of bands like Neutral Milk Hotel (not a “christian band,” but who can forget Jeff Mangum’s raw “I loooooove you, Jesus Chriiiiiiist” on In the Aeroplane over the Sea?) or the Danielson Famile (whose leader, Daniel Smith, coproduced the album). It’s All Crazy! may have been the time the band’s evangelical fans began to chafe at the way faith was addressed; the album features a song called “Allah, Allah, Allah,” and most of the record is inspired by the teachings of the Sri Lankan Sufi spiritual leader Bawa Muhaiyaddeen.

Though the band initially came to prominence in christian circles, Weiss has never been shy about his multireligious spirituality. He and his brother Michael (the band’s guitarist) were raised by a Jewish father and christian mother who both converted to Sufism.

In Weiss’s 2016 doctoral dissertation, he writes that he has “identified at different points with Judaism, Christianity, and Islam” and that his “central concerns in life are informed by values shared by all three traditions—love, compassion, gratitude, humility, kindness, mercy—and have taken from each a firm faith in the goodness, oneness, and unrepresentability of reality, i.e., of that which is called YHWH, G-d, Allah.”

When I asked Weiss whether he felt any tensions at having been associated with evangelicalism given his more eclectic faith, I half expected some of the cynicism of other bands I’ve heard talk about that scene, which some describe as narrow-minded and insular, but this was not the case for him.

“I have fond memories, and my heart is filled with a sense of love for those who I met during that time,” Weiss said of playing churches and christian festivals. “You know, there’s ways that these things get interpreted and spun that can be divisive, and then you could say”—(here he puts on a self-consciously superior, sarcastic voice)—“‘Well, I’m not an evangelical, those people are evangelicals, and I see I through all that because that’s obviously bogus.’ And I don’t see it that way. At least not in my deepest heart of hearts.”

After moving on from It’s All Crazy! (which Michael Weiss once told Vice magazine was “an experiment that went wrong”), mewithoutYou seem to have found their feet in their second decade, reclaiming the punk energy of Brother, Sister tempered by a more melodic indie-rock sensibility.

Ten Stories (2012) is a concept album inspired, Weiss said, by “the story of a tiger from a circus staying in the cage after a train was derailed, because it was institutionalized and had formed the habit of being in a cage,” which he read in William James’s Principles of Psychology in a grad school course.

It’s a sprawling and ambitious record, set in a quasi-magical historical-fictional world, and most of the songs are sung by “animals telling different stories, messing with free will and determinism,” according to Weiss. (The animals are conflicted about many of these things; at one point the existential lyric “By now I think it’s pretty obvious that there’s no God / And there’s definitely a God” is attributed to a bear.)

Pale Horses (2015) is comparatively understated, a record haunted by the death of Weiss’s father and a sort of apocalyptic paranoia about the state of global affairs. Jehanian recalled that during the recording, the band had some “conflict interpersonally, but that actually fed the creative flames,” making the album “something that reflects that tension but was actually cathartic too.”

On what would become

Unpredictable consequences from the Afghan crisis 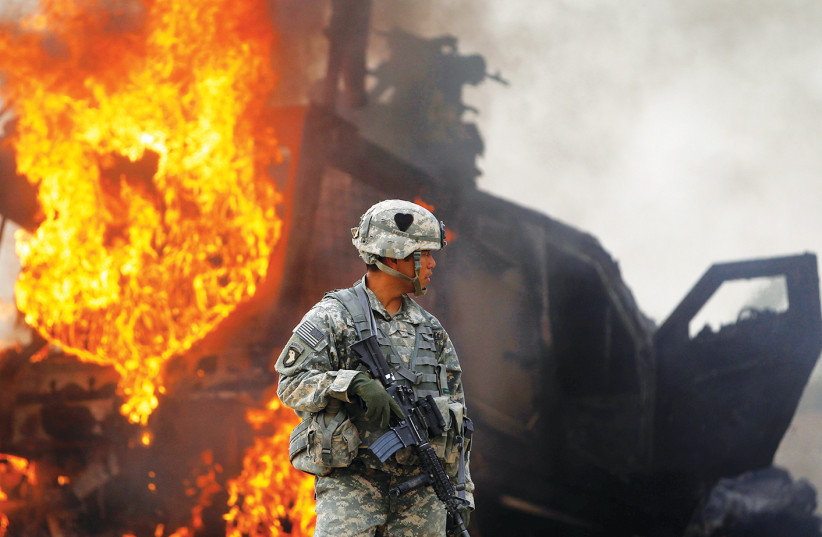 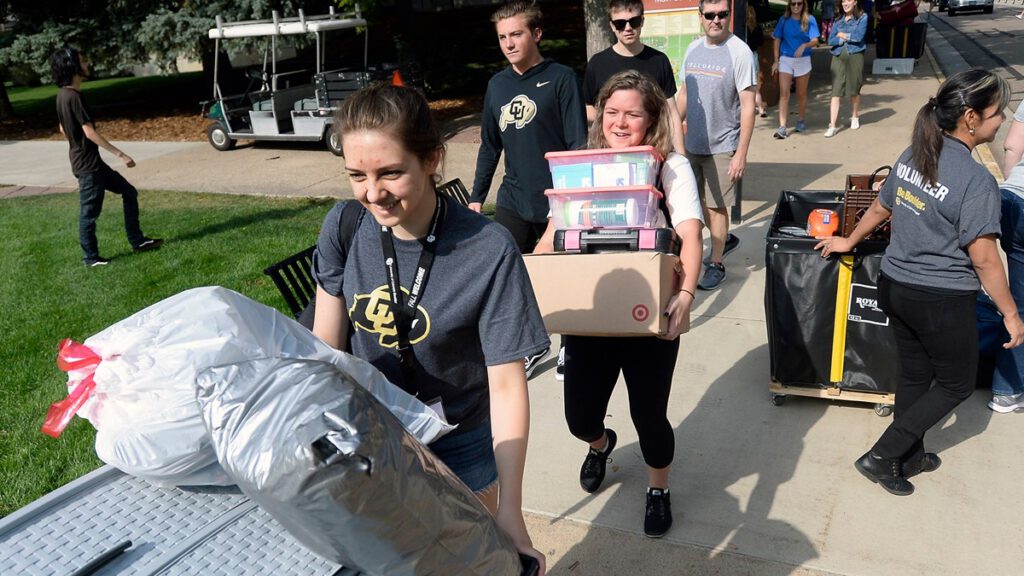