A group of over 60 theologians, professors and clergy have signed onto a statement of faith aimed at helping to solidify the identity of the Methodist movement at a time when the world’s largest Methodist denomination is facing a schism over sexuality.

Titled “The Faith Once Delivered: A Wesleyan Witness,” the document came out of a gathering of around 50 christian scholars at the Next Methodism Summit held in January in Alexandria, Virginia.

The document, which takes its name from Jude 1:3, states in its introduction that it aims “to guide the theological trajectory of Methodism for the next century or more.”

“It is nothing less than a robust affirmation of the historic christian faith and the particular gifts of the Wesleyan movement within the larger Church,” the introduction reads.

Kevin Watson, acting director of the Wesley House of Studies of George W. Truett Theological Seminary at Baylor University and pastor of discipleship at First Methodist Church of Waco, Texas, served as an assisting editor for the document.

In an interview with The christian Post, Watson said that he participated in the January gathering and crafting of the document because he believes “the Wesleyan-Methodist tradition needs to retrieve the riches of its own doctrinal heritage.”

“I believe many parts of the Wesleyan-Methodist tradition are experiencing a crisis of identity. We have forgotten who we are. We have lost the treasure the Lord has entrusted to us and our nerve to ‘spread Scriptural holiness,’” said Watson.

“I was encouraged to see more than 60 scholars share the same concern and willingness to invest themselves in a contemporary restatement of the core beliefs of the Wesleyan theological tradition.”

Watson believes “The Faith Once Delivered” was different from other statements of faith because of its “range of contributors and the timing of the release of the document.”

“This document is not seeking to speak a new word in support of a current cultural moment. Rather, it is seeking to retrieve the basics of the faith that has already been given to us,” he continued.

“Receiving the faith that has already been given to us is the key first step to seeking to discern what faithfulness looks like in the present.”

Bishop Scott Jones, head of the Texas Annual Conference of The United Methodist Church, led one of the working groups at the January gathering and reviewed drafts of the document.

Jones told CP that he believes the document “articulates a bold future for Wesleyan Christianity” and that “it will help people make decisions about where God is leading this part of the christian movement.”

“I hope leaders read it and think more clearly about who Methodists are called to be and how God can use us for His purposes,” Jones added.

Lane Davis, an ordained elder in the UMC Tennessee-Western Kentucky Conference, served on the sub-drafting group that wrote Section 4 of the document, titled “Salvation: The Image Restored.”

Davis told CP that many people, including himself, “see a revival beginning in churches of the Wesleyan tradition, but revivals need strong theological foundations to last.”

“There are many of us that we have those foundations in the doctrinal documents of Methodism. I signed ‘The Faith Once Delivered’ because I believe it is a faithful, concise, summation of those core Wesleyan tenets,” he said.

The document comes as the UMC, the largest Methodist denomination globally, is facing a schism over its decades-long debate over homosexuality.

Although the UMC Book of Discipline officially labels homosexuality “incompatible with christian teaching,” many theologically liberal church leaders have refused to enforce rules associated with that stance.

On May 1, a theologically conservative alternative to the UMC, known as the Global Methodist Church, was officially launched, with manycongregations making efforts to join it.

Davis believed that “at least one component of why the United Methodist Church finds itself on the brink of schism” was a lack of knowledge of the traditions of the Methodist movement.
“The Wesleyan tradition has a rich theological and doctrinal heritage, and yet Methodists as a whole have not done a great job of communicating and forming our congregations in the particulars of that tradition,” he said.

Watson said “a distinction needs to be made between the formal teaching of the Church and what is happening on the ground in reality across United Methodism.”

“The UMC’s official statements of doctrine — the Articles of Religion, Confession of Faith, Wesley’s Sermons, and the General Rules — are in harmony with this document,” Watson said.

“The challenge is that over the past decades, a gap has opened up between official teaching and actual practice in the UMC. Adherence to ‘The Faith Once Delivered’ would vary widely across the breadth of the UMC, particularly within the United States.”

This is what smoking does to your teeth, mouth and gums 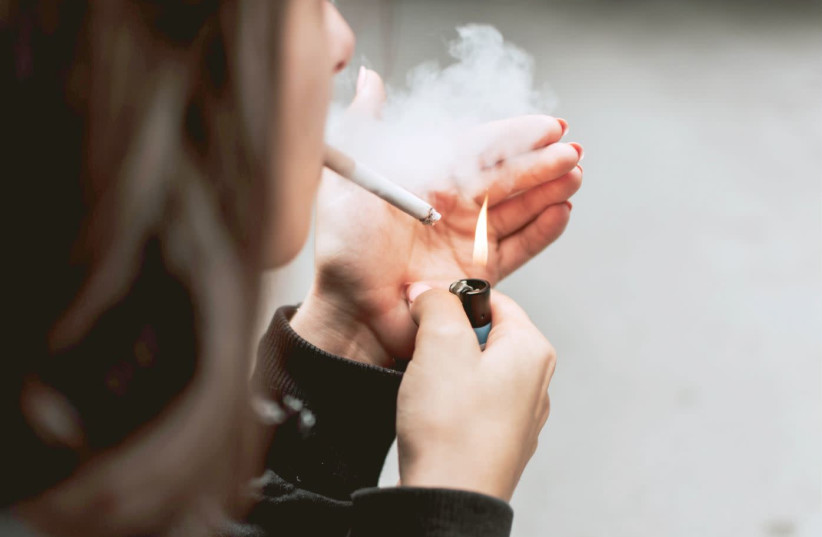