Meritocracy Is a Betrayal of the Protestant Ethic, not a Fulfillment

A nonnegotiable rule of political discourse these days is that it should operate on the basis of “public reason.” Debates about law and public policy, we are told, should only appeal to universally shared principles, rather than personal morality or religious belief, which vary from person to person. Therefore, in the public square, one must translate religious arguments into generally accepted “public reasons,” which in practice means secular reasons.

In his latest book, The Tyranny of Merit: What’s Become of the Common Good?, Michael Sandel refreshingly turns the public-reason doctrine on its head. Sandel, a Harvard University professor as well as a popular author and speaker, casts secular arguments about social and political values in terms appealing to religious believers. Though the book betrays nothing about Sandel’s personal religious leanings (or lack thereof), it invokes concepts with deep roots in the soil of christian theology—terms like humility, community, dignity, grace, purpose, and the common good.

Against the grain of modern political philosophy, Sandel argues for a decidedly thick view of public morality and personal well-being. He makes the case that politics ultimately requires us to ask who we want to be as a people, a question at the heart of a christian understanding of history.

Some years ago, a Newsweek profile described Sandel as a “rock star moralist.” This is a curious description, as Sandel remains modest and soft-spoken even amid his worldwide fame as a lecturer on issues of public morality, justice, and the common good. He converses with his audience as much as he lectures. Firm in his own views, he nevertheless remains generous toward those who disagree with him.

The Tyranny of Merit concerns one of the few propositions enjoying bipartisan support: America both aspires to be and substantially is a meritocracy, a place where success depends on ability rather than ancestry. To quote Barack Obama, in America “bright, motivated young people … have the chance to go as far as their talents and their work ethic and their dreams can take them.” Sandel labels this “the rhetoric of rising.” Presidents from Reagan through Obama, along with counterparts in other Western democracies, have made this rhetoric a campaign-speech staple.

What does Sandel think about this? “When politicians reiterate a hallowed verity with mind-numbing frequency,” he writes, “there is reason to suspect that it is no longer true.” And by 2016, he argues, the rhetoric of rising indeed “[rang] hollow.” Around the world, many nations—both industrialized and emerging—were outshining the United States in their levels of social mobility. More ominously, the rhetoric of rising started puffing up the pride of the risers. Financial success took on an aura of moral superiority. Sandel calls this “meritocratic hubris.” Wealth seemed to become an entitlement rather than a blessing. Hedge fund managers—Sandel’s poster children for meritocratic hubris—concluded that they deserved those seven figure bonuses. It was, to quote George Harrison (a true rock star), “I, me, mine” all the way down.

How did this happen? Politicians tell us that the key to rising is a college education. “You earn what you learn,” Bill Clinton liked to say. Unfortunately, the vaunted college degree wasn’t always delivering the goods. In the 1930s, Harvard president James Bryant Conant promoted the Scholastic Aptitude Test as a way to identify top-ranking students from all geographic regions and economic strata, with the goal of reducing Harvard’s overpopulation by the privileged few. Unfortunately, SAT testing turned out to correlate most strongly with family wealth, strengthening the very inequity it was designed to combat. As a result, a shockingly small percentage of college students actually rose from true poverty to wealth.

Worse yet, those who fail to achieve financial success now seem somehow culpable. Either they didn’t have the goods to begin with, or they haven’t worked hard enough. Earning capacity becomes a gauge of one’s intrinsic value. In place of Aristotle’s vision of justice as due recognition of, and reward for, moral virtue, argues Sandel, we now have a degraded, market-centered measure of personal worth. The rhetoric of rising, supposedly a message of hope and optimism, turns out to foster frustration and resentment, creating a patchwork of winners and losers that divides rather than unites us.

Among the products of this resentment, Sandel argues, are Brexit and Trumpism. It doesn’t stop there. It has crept into all areas of American culture. Sandel sees it, for instance, in libertarian objections to public health care. Those with poor health, the thinking goes, are probably smokers or drinkers or couch potatoes, responsible for their own physical woes. Sandel includes a brief discussion of the “prosperity gospel,” arguing that it rests ambiguously on the idea of being blessed by grace rather than blessed with talent and ability.

Ultimately, Sandel has little use for the prosperity gospel, which he finds “gratifying when things go well but demoralizing, even punitive, when things go badly.” This comes as part of his “brief moral history of merit,” which attempts to find parallels between 21st-century secular ideas of meritocracy and Puritan attitudes about predestination, salvation, and worldly success.

Unfortunately, this section is marred by Sandel’s choice to draw as much on German sociologist Max Weber and his “Protestant ethic” hypothesis as on real Protestant theologians.

According to Weber, capitalism flourished because of Protestant industry and wealth accumulation, first as a sign of God’s election but then as a way to secure salvation. Sandel carefully avoids the conclusion that Protestantism bears the responsibility for the current outbreak of meritocratic hubris, which “is not necessarily tied to religious assumptions.” He acknowledges that Scripture rejects the connection between merit and blessing—God’s speech to Job (38–41) being a case in point. The Augustinian view of salvation as pure grace won out over the Pelagian emphasis on works. Sandel notes, as well, how Luther and Calvin themselves were anti-meritocratic in their views of salvation: “Merit drives out grace,” he writes, “or else recasts it in its own image, as something we deserve.”

Nevertheless, Weber’s cameo appearance is both the one false note in the book and a missed opportunity to illustrate the kind of impoverished moral reflection that Sandel deplores. It would not be a stretch to call Weber’s Protestant ethic (not to mention the prosperity gospel) a “thin” version of Protestantism, bearing the same relation to Calvinism as marketplace morals do to Aristotelean virtue. Early Protestant capitalism was only a part of a larger social vision that emphasized the communal over the individual. Equity, common good, and special concern for the poor all figure prominently in Calvinism. Financial success carried with it an obligation to others.

Calvin would have deplored the whole meritocratic package: the theology behind it, the resulting assortment of people into winners and losers, and the abrogation of those duties the fortunate owe to the less fortunate. We can imagine Calvin riffing on the question raised by the book’s subtitle: What, indeed, becomes of the common good in a culture of winners and losers?

Not surprisingly (for those familiar with his previous work), Sandel concludes that theories of justice that prioritize individual freedom above “thicker” notions of human flourishing impair civic (and civil) engagement over moral issues. Sadly, if we can’t debate what constitutes the good life, we end up where we are today: stuck in endless shouting matches from one side or the other of a false binary. For example, Sandel says this about the current argument over the meaning of equality:

It is generally assumed that the only alternative to equality of opportunity is a sterile oppressive equality of results. But there is another alternative: a broad equality of condition that enables those who do not achieve great wealth or prestigious positions to live lives of decency and dignity—developing and exercising their abilities in work that wins social esteem, sharing in a widely-diffused culture of learning, and deliberating with their fellow citizens about public affairs.

This, Sandel says, describes a community truly dedicated to the common good—inclusive in its vision of who belongs and generous in the benefits it bestows. Wendell Berry, the farmer and agrarian writer, ar 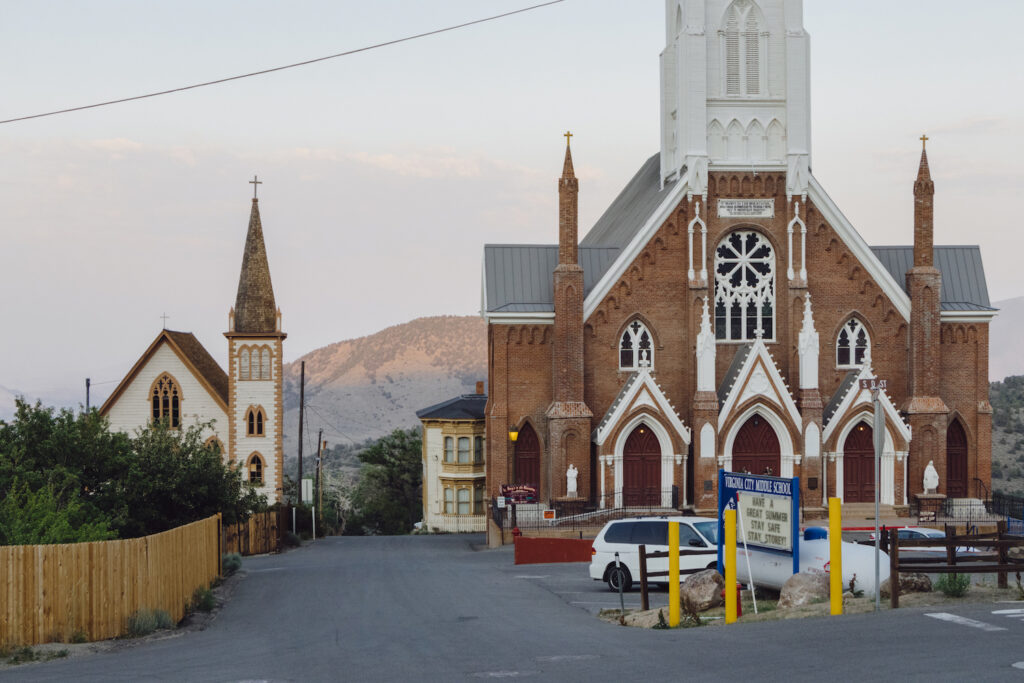 Q & A with Matthew Sleeth About Mental Health and Suicide 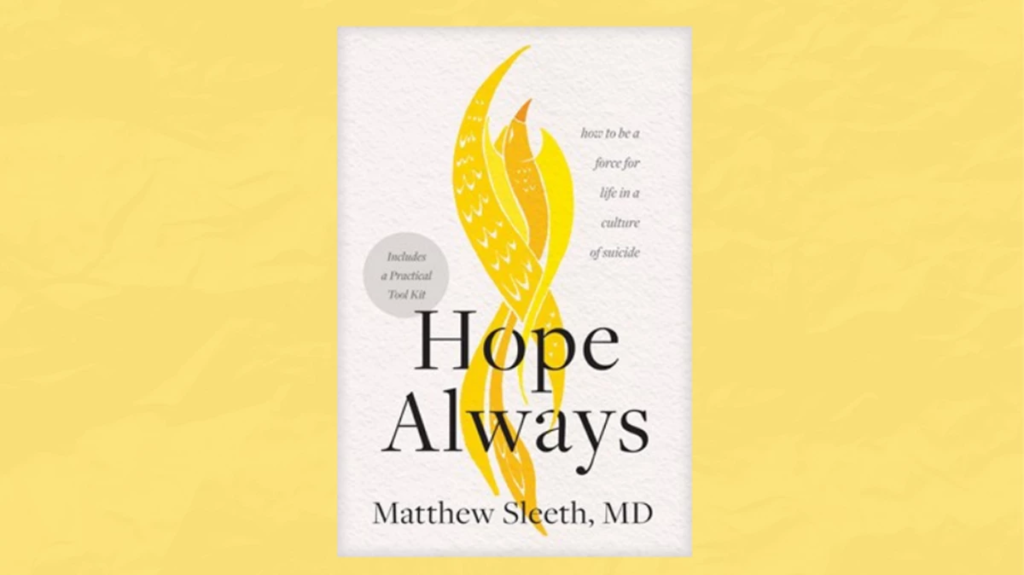