In a much-reported move, Lebanon, Syria and Egypt signed an agreement at the Lebanese Energy Ministry in Beirut on June 21 for the provision of Egyptian natural gas to Lebanon, via Syria. According to the deal, Egypt will export 650 million cubic meters of natural gas per year to the Deir Ammar power plant in Lebanon. The gas will reach Lebanon through the Arab Gas Pipeline (AGP), which runs through Jordan and Syria.

This agreement, which requires final approval from the World Bank, which is set to partially finance it, and from the United States, is significant from a number of points of view.

Firstly, if implemented it will go some way toward alleviating the plight of Lebanese citizens, for whom daily power outages and long hours without electricity have become a part of daily life. The agreement promises to generate an additional 450 megawatts of electricity, according to a report by the Center for Strategic and International Studies. This is set to give Lebanese homes an additional four hours of electricity per day. The state-owned generator in Lebanon has been barely functioning in recent months, leaving citizens dependent on private generators that run on diesel fuel.

Secondly, the agreement represents a significant achievement for the Assad regime in Syria. United States approval is still required, because the agreement is in contravention of the US Caesar Act, which maintains financial sanctions on the Syrian regime, because of the mass killings of civilians it carried out in the period of the Syrian civil war.

Gas was pumped from Egypt to Lebanon prior to the war, but this process was stopped in 2011 because of instability and attacks on the pipeline in Syria. So the agreement will enable the Syrian regime to bypass sanctions and project an image of a return to normality, as well as gaining a modest injection of income from the transfer of the gas.

The agreement also has geopolitical implications. If the US gives the final go ahead, it will be at least partly in order to offset efforts by Iran and its local proxy Hezbollah to use provision of fuel from Iran as a way of further cementing Tehran’s hold on the country.

Since September, three Iranian oil tankers carrying diesel fuel have made their way from Iran to Syria’s Baniyas Port. From there, the diesel was brought by truck via an informal border crossing at Qusayr. While the quantities so far brought from Iran are far from the amounts needed to address the energy crisis, they represented a propaganda victory of sorts for the Iranian interest in Lebanon. The June deal serves to reverse this, tying in the provision of energy for electricity on a strategic level to Western-aligned states, rather than to Iran.

Will gas come from Israel?

In this regard, and perhaps most significantly of all, it appears that some or all of the pipelined gas that will be reaching the Deir Ammar power plant via the pipeline will be Israeli – extracted from Israel’s Leviathan gas field in the Eastern Mediterranean.

The likelihood that the gas to be transferred via the AGP will originate in the Leviathan field was indignantly denied by the Lebanese government, following a Channel 12 report on the matter in January.

The Lebanese Energy Ministry issued a statement following the Channel 12 report that the account was “totally and completely untrue” and that “the gas supply agreement that is being worked on between the Lebanese government and the sisterly Egyptian government clearly and explicitly stipulates that the gas should come from Egypt.”

The Lebanese Energy Ministry’s defensiveness is understandable. Lebanese law forbids all contact with Israel and Israelis. Hezbollah, which is represented in the caretaker cabinet that currently officially rules Lebanon, is committed to the destruction of Israel. Were it to become apparent that the country’s energy needs were being to a considerable extent met by the import of Israeli gas, these positions might be subject to ridicule. Considerable evidence, nevertheless, points in this direction.

Amit Mor, CEO of EcoEnergy Financial Strategic Consulting and a senior lecturer at Reichman University, is unequivocal in his assessment.

“The commercial deal is with the Egyptian gas company,” Mor told The Jerusalem Post. But “the gas itself will be molecules from the Leviathan field as Israeli gas is flowing these days in the Arab pipeline via Jordan to Egypt.”

Closer observation of the pattern of Egyptian gas consumption, and of the pipeline infrastructure that will supply the gas to Lebanon, appears to support this view.

Egypt uses almost all of its locally extracted gas for domestic consumption. According to a recent report by the Egyptian Mada Masr website (associated with the Egyptian opposition), Egypt’s current daily local production of gas is between 7 and 7.5 billion cubic feet. Local consumption is currently at 6 billion cubic feet per day. The Egyptian government takes 5 billion, with the partnering excavation company taking the rest, and the Egyptian government then buys one million from the company to cover domestic needs. Thus, Egypt does not at present possess a large stock of domestically extracted reserves available for export. Egypt does export some gas to Europe, from its two liquefaction plants at Idku and Damietta. Some of this exported gas is itself imported from Israel.

More fundamentally, the pipeline structure as currently in use would not allow for Egyptian locally extracted gas to be piped to Jordan and then Syria and Lebanon using the AGP. This pipeline intersects with Israeli pipelines at two points: in Arish in Egypt, and with an Israeli pipeline from the Leviathan gas field, which meets the AGP at a point in the city of Mafraq, in Jordan. For Egypt to pipeline gas to Jordan using the AGP, it would need either to halt this import of Israeli gas, or to build a new pipeline to transport locally extracted gas from Port Said to Arish, which would then be transferred to the AGP. Neither of these actions would be practical, and neither appears to be under way.

It thus appears clear that the gas that will reach Lebanon via Jordan and Syria, if and when the June 21 deal receives final approval, will indeed be extracted by Israel from the Leviathan field.

So the deal, if implemented, will represent a notable achievement for the Assad regime in its efforts to end its isolation. It will also introduce a situation whereby Hezbollah’s leadership will be able to light and heat (or cool) their bunkers in south Beirut (where presumably they’re planning their next war against Israel) courtesy of Israeli extraction of gas from the Eastern Mediterranean.

To add a further layer of absurdity, this is set to take place even as the Hezbollah leadership threatens Israel with war if it extracts gas from the neighboring Karish field. The Middle East never fails to recall Dostoevsky’s “underground man,” who defined a human being as a “creature that walks on two legs and has no sense of gratitude.” 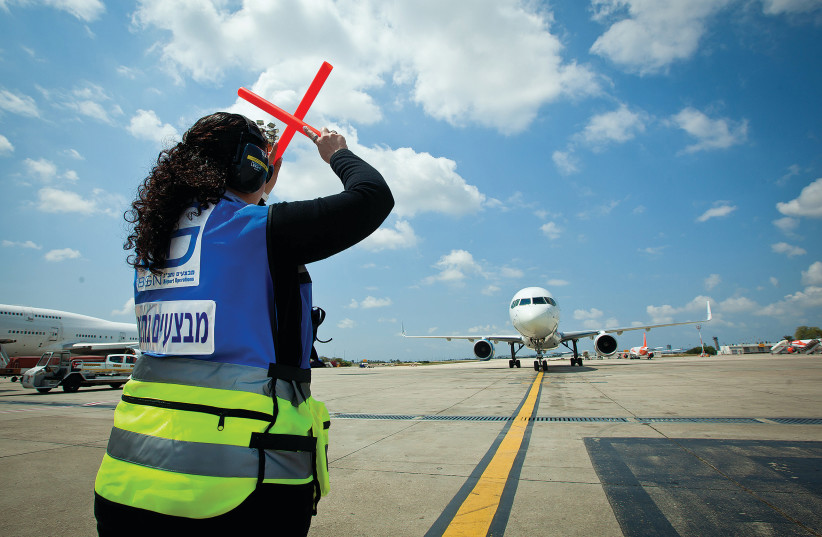