Billionaire rapper and 2020 presidential hopeful Kanye West revealed his campaign platform on Sunday, a document calling for the fostering of a “culture of life” in the United States and the restoration of prayer in classrooms.

West, who took to Twitter on July 4 to announce his long-shot candidacy after undergoing a spiritual awakening in recent years, posted the short platform to his campaign website.

While Democrat and Republican Party platforms tend to be thousands of words long and touch on various political issues, West’s platform comes in at just over 400 words.

Titled “Creating a Culture of Life,” the platform has 10 different sections highlighting West’s goals, each capped off with references to different Bible verses. The sections are short and don’t go into much detail on how those goals will be accomplished if West is elected.

The first section of the platform calls for the revival of America’s “Constitutional commitment to freedom of religion and the free exercise of one’s faith.” West believes this can be done in part by “restoring prayer in the classroom including spiritual foundations.”

At the end of the section, the platform cites Psalm 78:4 and states that “We will not hide the truth from our children, but will declare to the next generation His praises and wonder.”

Secondly, West calls for the restoration of a “sound national economy” and the reduction of “household debt and student loan debt.” He then references Jeremiah 29:11 to stress that “God has plans to give us hope and a future.”

The third bullet point on West’s platform calls for the restructuring of the national education system in a way that serves the “most at-risk and vulnerable populations” so that they are provided the “widest possible range of educational and vocational paths to job opportunities and career success.”

West also calls for a “strong national defense” that is “fully prepared” but “not so quick to tie up our country’s young men and women in foreign quagmires that do not advance our national interest.”

When it comes to foreign affairs, the rapper believes the nation needs to ensure that the best interest of Americans is taken into account “first and foremost.” He believes that the U.S. should “project strength, not aggression.”

“We want trust, but we must also verify. We want fair trade, not one-sided deals that hurt American workers,” the platform reads.

The platform also calls for the reforming of America’s legal system so that justice is “equitable for all citizens, regardless of race or ability to defend oneself in court.”

“Recognize the disparity in verdicts and prison sentences, caused by the lack of financial resources or legal assistance,” it says before it references Proverbs 20:10 to stress that there “will not be differing weights and differing measures.”

As the country has been embroiled in national unrest and protests in the months since the death of African American George Floyd in police custody on Memorial Day, West calls for reform to policing in a “manner that treats all Americans the same” no matter their race, color or ethnicity.

“Refocus police forces on real crime,” the platform reads. “Eliminate federal sentencing guidelines that tie the hands of judges, resulting in ridiculous sentences for the most minor offenses.”

The seventh item on West’s platform calls for the U.S. to “take care of the environment” by pursuing clean air and water initiatives “as a national security priority.” West wants to make renewable energy “a top priority.”

He also calls for “faith-based groups” to be supported as they provide “vital local services, giving communities a shared purpose in government.”

“We will provide ways to motivate one another to acts of love and good works Hebrews,” the platform reads, citing Hebrews 10:24.

Finally, the platform states plainly that “Creativity and the Arts can be an important source of innovation and development of other national strengths and resources.”

Although West’s platform does not specifically touch on the issue of abortion, the platform’s title, “Creating a Culture of Life,” seems to borrow from the Catholic pro-life phrase “Culture of Life.”

The phrase indicates objection to the ending of life in the womb through abortion or at the end of life through euthanasia. The term is believed to have been introduced by St. John Paul II in the 1990s.

Although West is most known for his rap songs, he has undergone a spiritual transformation in recent years as he has embraced Christ. He has even led a national Gospel tour that has taken him to preach about Jesus in prisons, youth conferences and megachurches.

In an interview with Forbes in July, West said that God told him to run for president in 2020 and he urged President Donald Trump and Presumptive Democrat nominee Joe Biden to drop out of the race. He also floated the idea of selecting Michelle Tidball, an obscure preacher from Cody, Wyoming, as his running mate.

“It’s God’s country, we are doing everything in service to God, nobody but God no more,” he said.

At his first campaign rally in July, West admitted that he wanted to abort his first child with Kim Kardashian West.

However, his wife decided to keep the baby. He recalled for the audience in South Carolina that he was still living the “rapper’s lifestyle” when Kardashian West told him she was pregnant with their oldest child, North, who was is now seven years old. The couple talked about aborting the baby for about three months. His wife even had the abortion pills in her hand one point.

“I’m in the apartment in Paris and I have my laptop up, and I have all my creative ideas … and the screen went black and white,” West recalled. “And God said, ‘If you f*** with my vision, I’m gonna f*** with yours.’”

Earlier in July, West slammed Planned Parenthood in his Forbes interview. He said that the abortion giant was created by “white supremacists to do the devil’s work.”

“I am pro-life because I’m following the word of the Bible,” he said.

In an interview last year with Zane Lowe, he also discussed his spiritual transformation.

In 2019, West released his Jesus is King album.

Was a Bible burned in Portland? 2 sides of the story 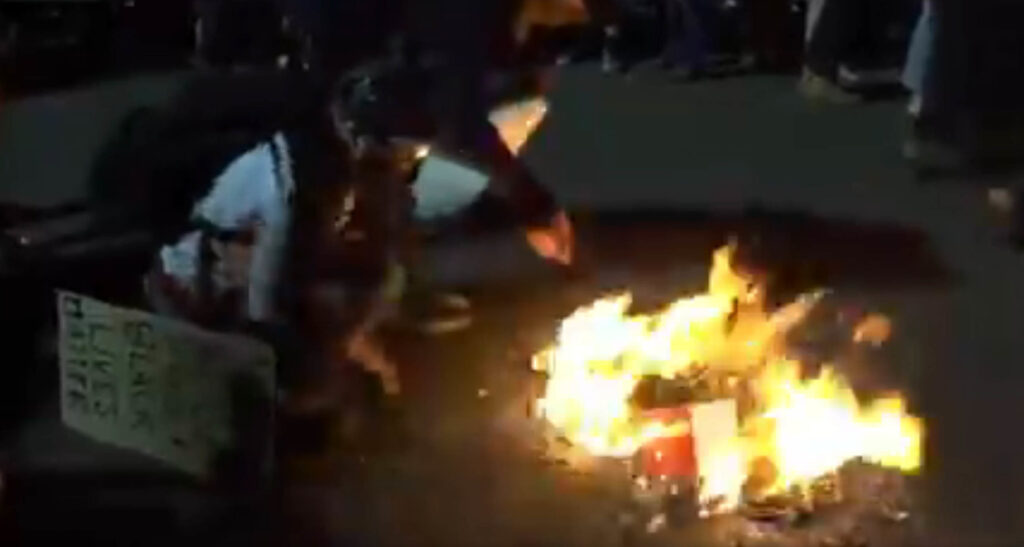 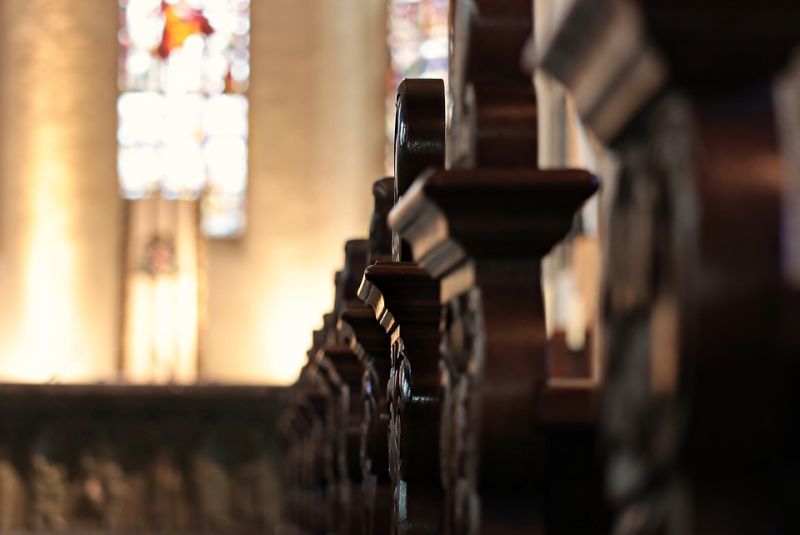