A week and a half before the election, theologian John Piper shared what quickly became one of American evangelicals’ most-talked-about political opinions of the campaign season.

The Reformed christian leader wrote about the “sins that destroy people” through the “deadly influences of a leader,” arguing faithful christian voters shouldn’t only be concerned about abortion, but should also stand against “the culture-infecting spread of the gangrene of sinful self-exaltation, and boasting, and strife-stirring.”

Piper did not name specific presidential candidates or parties, but then he clarified online: He would not be voting for either Joe Biden or Donald Trump.

Though he had called the president “morally unfit” in 2017, Piper isn’t in the habit of speaking out about politics or political candidates. His Twitter feed in recent months is almost entirely Bible quotes and Bible commentary. He’s mentioned Trump just a few times in the past couple years, mostly to pray for him in accordance to Scripture.

So it was, in the words of Liberty University spokesman Scott Lamb, “an unfortunate coincidence in timing” that Piper’s contentious reflection on the 2020 election came out a day after he spoke at the christian college’s weekly convocation.

The now-pulled convocation session was not politically themed. This year marks the 20th anniversary of Piper’s famous sermon “Don’t Waste Your Life” (also known as the seashells message). He teamed up with Greear, whose new book asks What Are You Going to Do With Your Life?, to challenge a new generation with a message about living faithful and missional lives.

The pair recorded the session with pastor David Nasser, the senior vice president for spiritual development at Liberty, on October 12. The two-part discussion aired October 21 and 23.

Comments on Facebook posts promoting the Piper-Greear convocation appeared to be directed at both speakers. One Trump supporter called out “Calvinist heresy!” while several commenters decried “wokeness” and a “social justice agenda.”

Lamb said the feedback over Piper was “a controversy we did not seek out or desire” and came from “both those who would praise us for having him [and] those who would critique us from having him.” He said that it is possible the clips will be restored once the heat of the election season has died down.

Greear said in a statement to CT that he was “disappointed” in the decision to remove the video.

“The sole purpose of our conversation was to challenge Liberty students to consider how God wanted to use their lives in the Great Commission,” he said. “As followers of Jesus, mobilizing ourselves for the Great Commission is the most important thing for us to do, and our commitment to Jesus and his mission is something we can all be unified around.”

The school’s most recent convocation was an election-themed discussion with Republican Senator Ted Cruz and evangelist Tim Lee, a Liberty trustee and an outspoken advocate for Trump. It aired Friday and is still available online.

Liberty’s former president Jerry Falwell Jr. was famously friends with Trump, who visited the school as a candidate in 2016 and returned to offer its commencement address as president the following year. The university, which touts its convocation as the largest weekly gathering of christian students, has hosted politicians from both parties, including Bernie Sanders during his primary run and former President Jimmy Carter, who spoke at commencement in 2018.

Under Falwell, the university became home to the Falkirk Center, a think tank formed in partnership with conservative political activist Charlie Kirk. The Turning Point USA founder recently criticized Piper while speaking at a Tennessee church, saying the pastor has “no idea what he is talking about politically” and “he should stay out of this space, because he is a fool when it comes to this stuff.”

“So to Kirk, the preacher must stay out of politics, but the politician and his pundit can wade neck-deep into politics,” wrote Matthew Boedy, professor of rhetoric at the University of North Georgia. “Now that is some theology. And some political power.”

In his post, Piper twice wrote his stance was not prescriptive for all Christians (“my way need not be yours”), though it was the perspective that swayed him the most this election.

His position was also misread by some “Never Trump” evangelicals who are campaigning for Biden this election. A group called Christians Against Trumpism ran an ad in the Washington Post thanking Piper among other If US vote is dead heat, how will the courts decide? – analysis 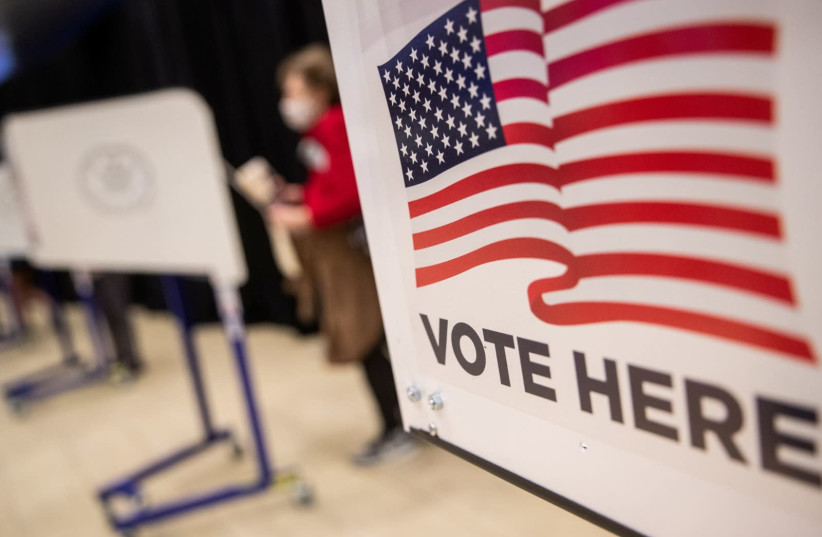