In a letter addressed to Microsoft President Brad Smith, Jordan said major technology companies, including Microsoft, were “out to get conservatives,” adding that its exertion of “editorial control over user-generated content” was “Orwellian.”

He pointed to its control over the content in its platforms, including Linkedin and the search engine Bing, as examples.

“On behalf of the Chinese Communist Party, Microsoft has censored Bing search
engine results of Tank Man on the anniversary of the Tiananmen Square protests — including
results for users in the United States — and has muzzled the voices of China critics on LinkedIn.”

Also on Linkedin, Jordan pointed to instances in which the site censored negative news reports about President Joe Biden’s son, Hunter, and a post about an “official U.S. Senate committee report” on his dealings in Ukraine, as well as posts about COVID-19’s origins at the Wuhan Institute of Virology. Jordan said Linkedin also “removed a post that linked to a study challenging prevailing liberal views on climate change.”

The congressman also criticized House Democrats, who he argued had failed to properly examine “Microsoft’s conduct during their investigation of competition in digital markets.”

“It is unclear why Microsoft has avoided significant attention from House Democrats. The Democrats’ investigation excluded Microsoft from significant oversight and the Democrats’ recently introduced bills include a definition of a ‘covered platform’ that could be read to exclude Microsoft,” continued Jordan.

Jordan called on Congress to, among other things, look into why Microsoft was “censoring user content” about Hunter Biden’s alleged scandals, the possible origins of COVID-19, and other issues.

Jordan is the top-ranking Republican member of the House Judiciary Committee, with his letter coming as legislation is being considered to look into modifying antitrust laws in ways that would impact tech giants Facebook, Amazon, Google and Apple, according to CNBC.

His letter, however, is not without its critics, as the libertarian-leaning publication Reason magazine critiqued the congressman’s claims, labeling them a “flimsy crusade.”

She added that while one or two posts criticizing Hunter Biden were taken down, many others were never censored, opening the possibility for other explanations for their removal.

“Jordan’s argument is simply that Microsoft may have made a handful of content moderation decisions he doesn’t like, so federal meddling is warranted,” she wrote.

Brown did agree with Jordan that “it is strange that Microsoft has been so absent from today’s overreaching antitrust revival.”

“Though Microsoft was the bête noire of antitrust zealots in the 1990s and early ’00s … it has largely escaped the wrath of today’s crusaders against tech companies,” continued Brown.

“Back then, the company had cultural cache and rising power. Today, it’s still a powerhouse but it doesn’t stir culture war sentiment the same way, say, Facebook and Google do.” 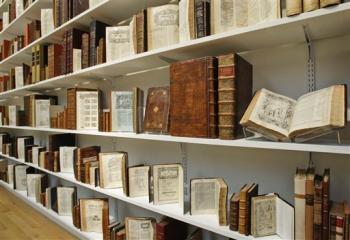