Ivanka Trump revealed in a media interview that she “unapologetically” supports the pro-life movement and that parenthood has affected her “in a profound way.”

“I respect all sides of a very personal and sensitive discussion,” the daughter and adviser to President Donald Trump said in an interview with RealClearPolitics. “But I am also a mother of three children, and parenthood affected me in a profound way in terms of how I think about these things.”

She added, “I am pro-life, and unapologetically so.”

RealClearPolitics quoted a White House aide as saying that it was a matter of her personal conviction but that it also suggests how far Democrats have shifted left on abortion. “A huge driving part of that (stance) is where the Democratic Party has gone.”

In 2016, Ivanka Trump said, “The most important job any woman can have is being a mother,” according to Slate.

In 2017, the first daughter met with the nation’s largest abortion provider to suggest that Planned Parenthood could consider breaking into two groups, a larger one that provided non-abortion services which could still receive federal funds and one that provided abortions.

However, Planned Parenthood denounced her suggestion due to their belief that abortion was central to their mission, The New York Times reported at the time. “But Planned Parenthood officials said they thought Ms. Trump’s advice was naïve, failing to understand how central [abortion] was to the group’s mission.”

Politico reported at the time that Ivanka Trump had held a meeting with then Planned Parenthood President Cecile Richards not long after the inauguration of her father. “Their under-the-radar meeting — a rarity between a well-known Democratic activist and a close adviser to a Republican president — has not been previously reported,” noted Politico in April 2017. “In the weeks following her father’s inauguration, Ivanka Trump quietly reached out to the president of Planned Parenthood seeking common ground on the contentious issue of abortion.”

The meeting had concerned some pro-life activists, who wondered if Ivanka Trump would convince her father to reverse his campaign promise to defund Planned Parenthood.

American Life League President Judie Brown said in a statement in response that she believed this showed that all Planned Parenthood really cared about was abortion. Richards, stated Brown at the time, “is convinced that abortion is so sacred that the organization is willing to give up government subsidies rather than stop its deadly ‘service.’”

“Planned Parenthood is dehumanizing women and their babies by offering anything but selfless support for expectant mothers. Nobody can ever say again that Planned Parenthood’s income is its priority. Killing is number one for this organization!”

Last summer, Planned Parenthood withdrew from the Title X program rather than abide by the new requirements under the Trump administration’s “Protect Life” rule that prevents recipients from using the funds to “perform, promote, refer for, or support abortion as a method of family planning.” 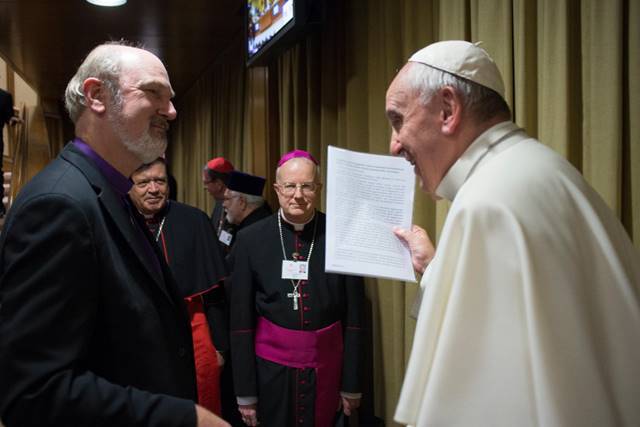