Written by The Ministry of Jesus Christ on April 29, 2021

A married couple from Haifa is getting divorced because of the city’s problem with wild boars roaming freely, N12 reported Wednesday.

The wild boars roaming the streets of Haifa don’t only endanger people, but marriages as well, it seems.

A married couple from Haifa are planning on getting a divorce, after wild boars infiltrated their private garden. The couple seems to disagree about the proper way of addressing the issue, and it just might cost them their marriage.

The husband, in his 40s, has been married to his wife for 17 years, according to N12. Recently, he sent his wife a warning letter through an attorney, claiming that she has been avoiding dealing with the boars entering their garden and that he fears for his life.

“I’m afraid of them attacking me,” the husband told N12. “They have already attacked people in the city. It’s a life-threatening situation,” he clarified.

In the letter, the husband mentions that his wife encourages the boars to roam freely in their private garden. “She lets them come in and feeds them. It’s really bizarre,” he noted.

He had even called professionals to help keep the boars away, but his wife opposed the idea.

His wife, in turn, told N12 that she likes the wild boars, adding that if her husband insists on keeping them away – he is welcome to stay away himself, and has since filed for a divorce.

Wild boars, some as bulky as Rottweilers and traveling in family packs, have been trotting through Haifa in increasing numbers. Their once-nocturnal visitations now take place throughout the day, as they root through refuse, spook domestic pets and even block roads.

The number of wild boar in northern and central Israel has been rising in recent years, as evidenced by increasing reports of attacks against humans by the highly territorial animal, mainly in the city of Haifa, which has become the unfortunate boar attack capital of Israel.

Late last year, a 48-year-old woman was moderately injured after being knocked down by a charging wild boar while hiking in Ofer Forest. 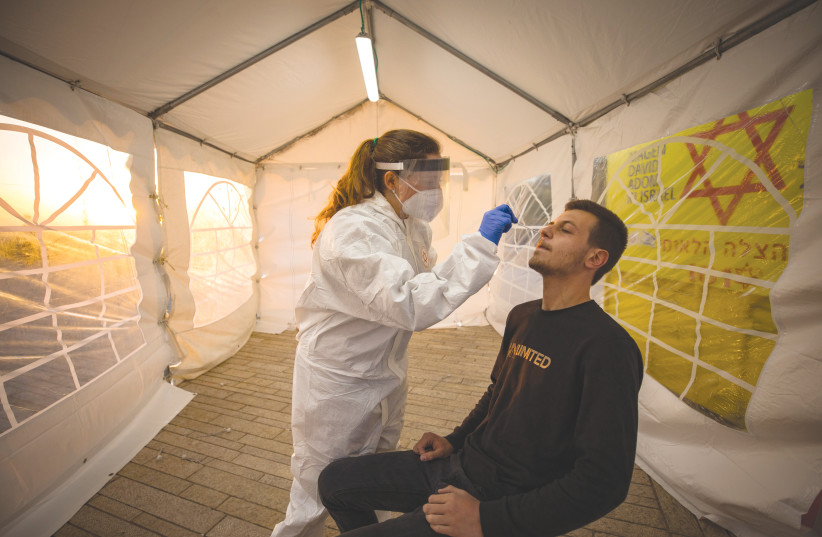