Written by The Ministry of Jesus Christ on November 18, 2022

This week’s deadly terrorist rampage in Ariel’s industrial zone came just as the IDF was expressing cautious optimism about the wave of Palestinian terrorism in the West Bank and Israel coming to an end.

It’s been 250 days since the army launched Operation Break the Wave to crack down on terrorist attacks that killed 20 Israelis.

Part of the focus was going after the terrorist group Lions’ Den in Nablus.

Due to the challenging nature of the operation, the IDF deployed thousands of soldiers – 25 battalions – to the West Bank.

Since the beginning of the operation, another 13 civilians have been killed, along with four members of the security forces. It’s been a bloody time for Palestinians, with over 130 killed by Israeli fire – during violent riots, raids against terrorists, and while Palestinians attempted to carry out terrorist attacks.

There’s a sense in the military that the operation is at a crossroads – the situation in the West Bank could get better, or, as this week’s attack demonstrated, much, much worse.

The military’s focus has been on the northern West Bank, where 70%-75% of warnings regarding future attacks originate. Though attacks have occurred in the southern West Bank, they remain few.

While the IDF remains optimistic that the operation is on a positive trajectory, if the numbers say anything, there’s been a rise in attacks over the past few months.

The killing spree lasted 20 minutes before Souf was killed.

“This event is a single event [that breaks the] backdrop of a calming from the escalation that we’ve seen since March,” a senior IDF officer said after the attack. “We will do everything necessary to make sure that this attack does not inspire others.”

According to the Shin Bet (Israel Security Agency), there were a total of 326 terrorist attacks in the West Bank in the month of October, compared to a total of 212 attacks in September. The month of August saw 172, while July saw 113 and June had a total of 147 attacks.

According to NATAL, the Israel Trauma and Resiliency Center, there were over 2,200 terrorist attacks across the country in the past year.

“You do not have to deal with it alone,” said Efrat Shaprut, CEO of NATAL, which has been helping Israelis for the past 25 years. “If you feel anxiety or stress following terrorist attacks, you can contact us. Our helpline is here to provide assistance and mental support.”

According to data provided by NATAL, since the recent wave of terrorist attacks, there’s been a 110% increase in calls to the organization in the month of October compared to last October.

JUST TWO days before the attack in Ariel, The Jerusalem Post toured the area from Ramallah to Nablus with a senior IDF officer. Despite the tensions, it had been two weeks since the last attack that came from the Nablus area, two weeks of relative quiet.

The wave of terrorism, the officer explained, has been influenced by a number of factors, including the unstable political atmosphere in Israel.

The profile of the attackers is no different than in previous waves – mostly young Palestinian men. But unlike the wave in 2015-2016, where the knife was the weapon of choice, this time around it’s guns.

The officer said that there is a gun in almost every home in the West Bank, and while in the past it wasn’t as “popular” to use guns against Israelis, in the past six months there’s been more motivation by Palestinian youth to use guns in shooting attacks.

“We are in a war against shooting attacks,” the officer said. “We’ve confiscated more than double the number of arms compared to last year.”

And while there is still much work left to do, the senior IDF officer stressed that there has been a marked decrease in the number of attacks since the beginning of the month.

The officer attributed that to the ongoing activities by security forces against the Lions’ Den group – or, as some in the military prefer to call it, “the Rats’ Nest,” as its members hide in the Casbah of Nablus and sneak out for attacks at night.

THE LIONS’ DEN group has taken responsibility for a series of shooting attacks in and near Nablus, including the drive-by shooting attack that killed IDF soldier St.-Sgt. Ido Baruch near the settlement of Shavei Shomron.

IDF soldiers near the scene of a stabbing attack near Ariel that left 3 dead and 3 injured. (credit: IDF SPOKESPERSON UNIT)

The group is composed of young Palestinians living in and around Nablus, many of whom are former members of al-Aqsa Martyrs Brigades, which is part of Fatah, Hamas and Palestinian Islamic Jihad. Many also have a father serving in the Palestinian Authority security forces or have served themselves.

Following Baruch’s death, the military placed Nablus and surrounding villages under an almost monthlong closure. The closure on the West Bank city of 170,000 people was lifted after the majority of the group’s members were arrested, killed, or turned themselves in to the PA security forces.

A senior PA official recently told the Post’s Khaled Abu Toameh that the group would soon cease to exist, with some of the gunmen to be recruited into the Palestinian security forces.

“I can tell you for sure that the Lions’ Den is almost finished,” the official said. “Their senior commanders agreed to lay down their weapons and are now staying with our security forces.”

Following Baruch’s death, the IDF focused its operations in Nablus on thwarting the group from planning or carrying out more attacks. In late October, five Palestinians – including a senior member of the group, Wadi al-Houh – were killed in a raid by Israeli security forces.

According to reports, Houh was considered a founding member of the Nablus-based group. His home was used as a hub where connections were made between bomb-makers and locals who would carry out attacks.

He was also seen in a photo with Farouk Salame, a Palestinian Islamic Jihad terrorist. The picture showed the connection between Salame and the Lions’ Den terrorist group. While the Lions’ Den claims to not belong to any terrorist group, it will gladly take what it can get from whoever wants to give.

The raid that killed Houh came less than 48 hours after another senior member of the group, Tamer al-Kilani, was killed in an explosion in the Old City of Nablus. The Palestinians blamed Israel for what they called an “assassination,” claiming that a collaborator placed an explosive device on a motorcycle that detonated as he walked by.

Kilani was reportedly personally involved in several attacks, including numerous shootings around Nablus and sending a terrorist with a gun and pipe bomb to Tel Aviv. That terrorist was apprehended by Israeli law enforcement on the spot, but the planned attack had the potential to be a serious terrorist attack that could have resulted in high casualties.

According to a report in Haaretz, 20-year-old Muhammad Minawi was sent by Kilani to attack a synagogue in Bnei Brak after Nabulsi was killed during clashes with Israeli security forces in August.

The report said that while Minawi was sent to Bnei Brak, he ultimately decided to find a crowded place in Tel Aviv and “become a martyr” for the group.

The epicenter of terrorism in the West Bank

While it was in Nablus that the narrative of the Lions’ Den started, Nablus is not where the ideology of terrorism was born. And terrorism hasn’t been confined to the area around Nablus either.

The city of Jenin is just as volatile as Nablus. Jenin has long been seen as the heart of the West Bank resistance, and dozens of deadly attacks have come from its refugee camp.

The city’s refugee camp has posed a challenge not only to the IDF, but also to the PA security forces, who so far have been unable to deal with the terrorism.

Despite differences, the security cooperation between the PA security forces and the IDF continues, with regular meetings between officials. But talk is different from action.

“They say that they are doing their jobs, but in the field, it just doesn’t look like it,” the officer said. “They don’t always have an interest, or the ability, to act. So, wherever they aren’t acting, the IDF will go in to do the job.”

Candace Cameron Bure Responds to Critics of Her Biblical Beliefs on Marriage: ‘I Love You Anyway’ 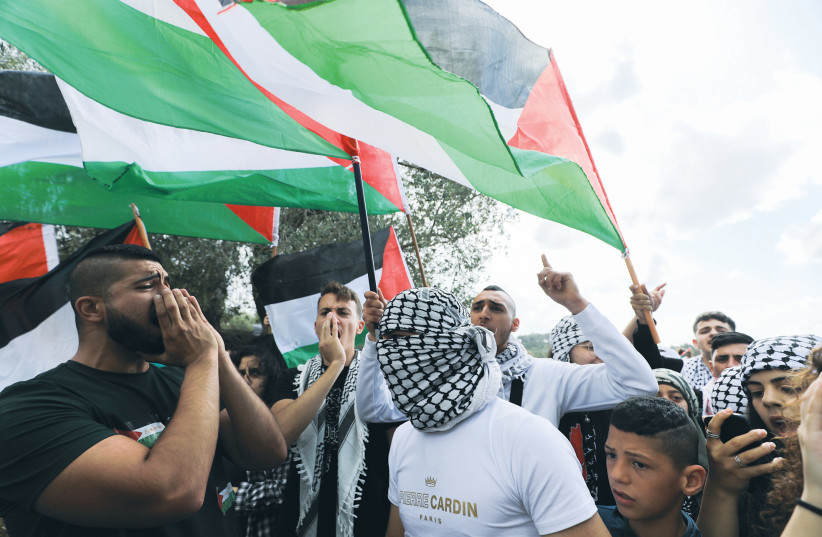