“We cannot escape history,” said Abraham Lincoln as he introduced the Proclamation of Emancipation at the height of the American Civil War.

The protagonists of today’s drama in the Knesset can also not escape history, though some of them seemed determined to do just that.

The shameful, and obviously premeditated, heckling ambush with which the new opposition greeted incoming Prime Minister Naftali Bennett vindicated the new government’s main message, which is effectively what Lincoln stated in that address: “We know how to save the union.”

The Israeli union, a delicate embroidery of ethnicities, faiths, tribes and ideas, is even more complex than what the American nation nearly tore apart 160 years ago.

The new coalition’s eight parties add up to a cross section of this union, a confederation of ideological antagonists who resolved to show they can do things together. The hecklers they faced are evidently alarmed by this very prospect, and thus they personify the last Netanyahu years, a sorry period in which Israeli society was practically encouraged to turn on itself.

The most obvious target of this incitement, Israel’s Arabs, had been collectively fingered by outgoing prime minister Benjamin Netanyahu himself in 2015, when he texted the Election Day lie that “the Arabs are flocking in droves to the ballots… the Left’s organizations are busing them!”

Subsequent attacks on “the Left” and its alleged agents in an imaginary conspiracy of judges, journalists and cops appalled millions across the Israeli union’s multiple divides. That is how the coalition to save the Israeli union came into being, and that is how history’s march became inescapable.

Does history’s march mean this government will last? It doesn’t. The coalition might fall apart any day, whether because of personal dynamics that will challenge it from within or because of sudden events that will jolt it from without.

Still, this government already has heralded major change that will outlast it, whatever its life span.

A taboo in both communities has thus been broken. The model Abbas has chosen, which makes him a deputy minister rather than a minister, ironically copies the model that haredi (ultra-Orthodox) politicians chose when they joined Menachem Begin’s coalition in 1977. Judging by the aftermath of that precedent, Abbas’s move may emerge as the beginning of a beautiful relationship.

The second change is in the idea of leadership. Israel is transitioning, overnight, from a government dominated by one man to an inverted model, a loose confederation of many parties in which the prime minister is, at best, a first among equals.

While risking a lack of authority, this model also means that after years of prime-ministerial self-celebration, swagger and personality cult, Israel may see a spirit of personal humility and cross-partisan teamwork not seen here since the days of Shimon Peres and Yitzhak Shamir.

That change of atmosphere may not be as historic as the restoration of the Israeli union or the enfranchisement of Israel’s Arabs, but for most Israelis, it is no less, maybe more, long overdue. 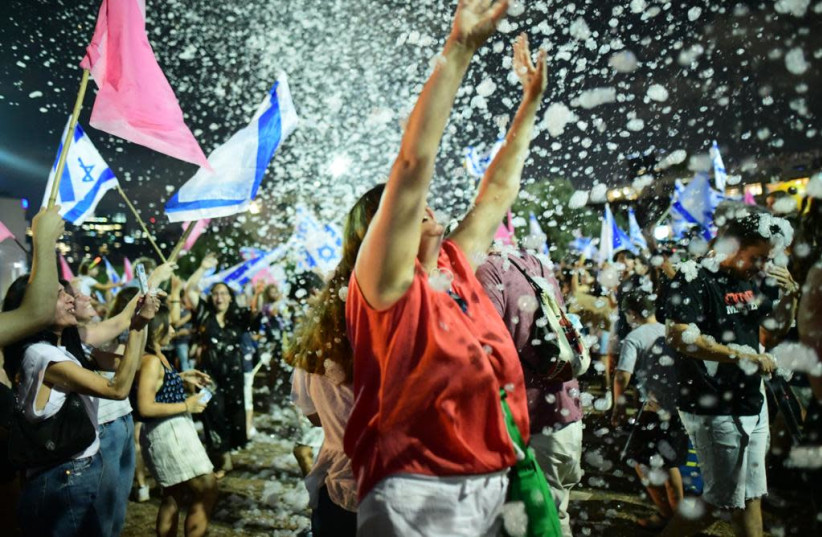