At least 44 people, including at least five minors under the age of 16, were killed on Thursday night after a stampede broke out as massive crowds gathered at the Mount Meron religious bonfire-lighting ceremony for the holiday of Lag Ba’omer, in what Prime Minister Benjamin Netanyahu called a “heavy disaster.”

Rescue operations were underway Friday morning to evacuate the rest of the people who were still at the scene. In addition, emergency services were working to identify the victims, among whom were children. The Transportation Ministry sent 300 empty buses to rescue the worshippers, but they were reportedly stuck in traffic due to the lack of police management of the event.

Approximately 90,000 – mostly ultra-Orthodox Jews – had thronged to the Mount Meron tomb of 2nd-century sage Rabbi Shimon Bar Yochai for annual Lag Ba’omer commemorations that include all-night prayer, mystical songs and dance. Most of the dead were said to be from the Toldot Aharon hassidic sect, based in Jerusalem.

Some 150 people were injured overnight, with six in critical condition, 18 in serious condition, eight in moderate condition, and 80 who were lightly injured, and over 250 of ambulances and six helicopters called to the scene to evacuate the injured, according to Magen David Adom (MDA).

A field hospital was set up at the scene. Israel Police and IDF soldiers worked to evacuate the injured and clear the crowds. Phone service at the scene crashed as thousands attempted to contact family members and emergency services.

One American yeshiva student, Danny Morris, from Teaneck, New Jersey, was at the celebrations with a group.

While his friends have all been located, by noon on Friday in Israel he had not yet been found.

An investigation has been opened by Israel Police into the cause of the accident.

The ecstatic crowds had packed the Mount Meron slope in defiance of COVID-19 warnings by health officials. It was the largest public gathering since Israel started lifting coronavirus restrictions on the public weeks ago. Witnesses said people were asphyxiated or trampled in a passageway, starting at around 1 a.m., some going unnoticed until the PA system sounded an appeal to disperse.

“We thought maybe there was a (bomb) alert over a suspicious package. No one imagined that this could happen here. Rejoicing became mourning, a great light became a deep darkness,” a pilgrim who gave his name as Yitzhak told Channel 12 TV.

“Rabbi Shimon used to say that he could absolve the world… If he didn’t manage to cancel this edict on the very day of his exaltation, then we need to do real soul-searching.”

Another eyewitness said he tried to get out of the area when the stampede broke out.

“We were at the entrance, we decided we wanted to get out and then the police blocked the gate, so whoever wanted to get out could not get out. In that hurry we fell on each other, I thought I was going to die,” said an eyewitness to Maariv. “I saw people dead next to me.”

Israeli rescue forces and police near the scene after a stampede killed dozens during the celebrations of the Jewish holiday of Lag Baomer on Mt. Meron, in northern Israel on April 30, 2021. (Credit: David Cohen/Flash90)

United Hatzalah CEO Eli Pollack told The Jerusalem Post that the incident occurred when large crowds of people streamed into a closed-in complex, leading to dozens of people being crushed against fences. While all the physically injured people have since been evacuated from the scene, many people requiring psychological aid, including medical volunteers, are still at the scene and are receiving help.

On Friday morning, many mental health and psychological response centers throughout the country initiated a campaign of public awareness to their services. Additionally, social services professionals treated dozens of individuals overnight who suffered from anxiety, including many children who got separated from their parents in the chaos.

Pollack added that people had come to the celebrations excited that they were finally able to celebrate like they used to after a year handling the coronavirus outbreak, and stressed how the great joy was suddenly broken by the disaster.

“This is one of the worst tragedies that I have ever experienced. I have not seen anything like this since I entered into the field of emergency medicine back in 2000,” said Vice President of the Volunteer Department of United Hatzalah Lazar Hyman.

Shortly after the incident, Israel Police closed traffic into the area and began evacuating visitors from the site. The IDF announced that it had sent soldiers from the rescue brigade and Israel Air Force helicopters to help at the scene.

“A serious disaster on Mount Meron,” said Netanyahu in response to the incident. “We are all praying for the recovery of the injured. I ask to strengthen the rescue forces operating in the area.”

“With great anxiety I follow the reports from Meron and pray for the healing of the wounded,” tweeted President Reuven Rivlin.

“The heart breaks on this terrible morning with the knowledge of dozens of fatalities at an event that was supposed to be a celebration,” Meretz MK Esawi Frej tweeted on Friday morning.

“The time for lessons will come, but today is a day of mourning,” he added, sending his condolences to the families.

“An unbearable disaster at the tomb of Rabbi Shimon Bar Yochai,” said Yamina head Naftali Bennett. “The entire nation of Israel is united in prayer for the victims.”

“I follow with concern and pain and anxiety the terrible disaster that occurred during the celebration at Meron,” said Yesh Atid head Yair Lapid on Facebook. “The whole of Israel is now praying for the healing of the injured. This is a difficult and sad night.”

“The heart grieves for the terrible catastrophe that occurred in Meron last night,” said Foreign Minister Gabi Ashkenazi said, adding that he sends his support to the rescue and security services still working at the scene.

The annual celebration at the tomb of Rabbi Shimon Bar Yochai was closed last year due to coronavirus restrictions. This year, police were expecting hundreds of thousands of people to visit the site by Friday night.

Thousands of Israel Police and Border Police officers were deployed in the area to maintain order and ensure the safety of visitors to the site.

Hundreds of worshipers refused to leave the site and clashed with police in an attempt to enter the tomb of Rabbi Shimon Bar Yochai after the incident, according to KAN news.

“It’s just blocked, I want to pray the morning prayers. Look at this. Look what they’re doing to Jews,” said one worshiper who was trying to enter the tomb despite the disaster in which dozens were killed. The worshiper insisted that the celebration should continue nonetheless, saying “we need to pray by Rabbi Shimon, we need the celebration of Rabbi Shimon.”

Bonfires are lit at Meron and throughout Israel as the anniversary of Bar Yochai’s death is celebrated as a festival. In accordance with Health Ministry regulations and in order to prevent the spread of coronavirus, the number of people allowed in the actual complex to attend the bonfire lighting was supposed to be limited to 10,000 people.

However, the entire mountain where the grave is situated is open to the general public, like any tourist site, and huge screens were placed throughout to allow the audience to watch the lighting from a comfortable and safe distance.

The following are emergency hotline numbers at hospitals through the Northern region of Israel: 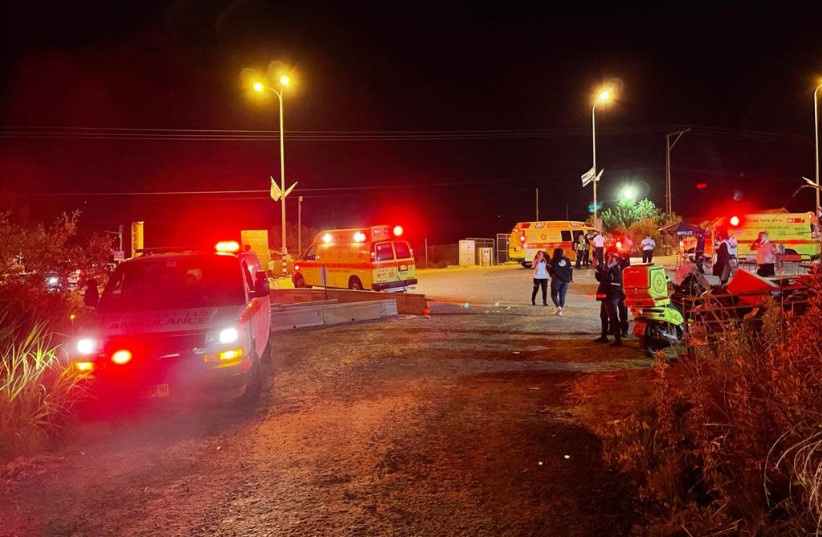