‘Israel will be stronger by a partnership with a Biden administration’

Former Rep. Steve Israel makes the case that Israel will be better off with Joe Biden in the White House.

Israel will do better with Joe Biden in the White House than under current US President Donald Trump, Steve Israel, the former congressman from New York, told The Jerusalem Post.

Israel, who left Congress in 2017, has been one of the people making the case for Biden to the US Jewish community ahead of Tuesday’s election. He recounted some of his personal experiences and conversations with Biden, along with the policies and priorities that made him believe the Democratic candidate is the best for the Jewish state.

The close US-Israel relationship is a strategic asset for the Jewish state, and Israel argued one way the asset would be even greater is that the US would be stronger and more influential on the world stage under a president Biden.

“Israel will be in better shape with a Biden administration, because he retains his love of Israel, but at the same time is going to rebuild alliances that have been frayed by the Trump administration, and that makes Israel better off,” Israel said. “Trump has essentially abdicated US influence in the world. He turned his back on our allies and pulled out of important international institutions.”

Biden, however, will reengage with US allies and support democratic values in the world, the former member of Congress said, calling Israel “an indispensable part of that coalition.”

One of Biden’s policy positions is that the US should return to the Joint Comprehensive Plan of Action, as the 2015 Iran nuclear deal is known, but to strengthen it. However, Biden and his campaign surrogates have not specified how he would seek to make the deal stronger.

Pressed on that matter, Israel said “it would be unfair for me in late October to tell you what a very specific line item policy will be in January.”

“Right now, Iran’s economy is doing very poorly,” Israel stated. “They are worse off as a result of existing sanctions, nuclear and not, so you’ve got to assess the landscape of foreign policy in context.”

“If Joe Biden is president, he will assess the conditions at the time and determine the best course of action that reduces or eliminates Iran’s nuclear capabilities and protects the US and Israel. That, I expect, will be the foundation of his policy,” he added.

Israel said he had concerns about the Iran deal when he was in Congress, but said Trump leaving the deal in 2018 without a new agreement to replace it “has left Israel worse off and Iran better off in terms of its nuclear capacity.”

He once again emphasized that the Trump administration acting without help from its allies – in this case, Europe – reduced its global influence.

The UN arms embargo on Iran, which expired this month with most of the world disregarding US attempts to extend it, is a “perfect example” of that, Israel said.

“Once upon a time, when the US walked into the UN Security Council and said we have an objective, everyone would listen. This time, all but one voted against us on the arms embargo. There is no more telling example of the impact of declining US influence under Trump than that one – and that one has direct implications for Israel,” he explained.

Asked if Biden would continue Trump’s policy to encourage Arab and Muslim states to establish diplomatic relations with the Jewish state, Israel said that “though the United Arab Emirates and Bahrain have never been at war with Israel, this normalization is a very important step.

“What we need to do now is broaden the context,” he added. “I’m sure that president Biden will be focused on that based on his intimate understanding of the region and its complexities.”

In relation to the likely sale of F-35 fighter jets to the UAE following its peace agreement with Israel, which some have argued weakens Israel’s military advantage in the region, the former Congressman said “the Biden administration’s policy in Middle East will rest on one fundamental value, and that is continuing to support the relationship between Israel and the US and ensuring Israel’s qualitative military edge [QME].”

“Fundamental to every decision a Biden administration makes in the Middle East will be ‘how does this strengthen both the US and Israel?’ Joe Biden is committed and has consistently been involved in protecting Israel’s QME,” he added.

Israel recounted seeing Biden “doing the heavy lifting for Israel in the US” during Operation Protective Edge in 2014, when Israel asked for funding for more Iron Dome missiles.

“It was Joe Biden who went to Capitol Hill and worked with Republicans and Democrats to immediately secure the funding to replenish those stockpiles,” Israel said. “There were no headlines, no press conferences, no tweets. He just did it.”

Prime Minister Benjamin Netanyahu had very strained relations with former president Barack Obama, under whom Biden was vice president. Israel emphasized that this would be no obstacle to strong US-Israel ties under a potential Biden administration.

“One of the endearing and effective qualities of Joe Biden has been his willingness and ability to work with anyone,” Biden said. “This is a guy who could go to Capitol Hill and bring together Republicans and Democrats, can get on a plane and work with any foreign leader. And so, of course, he will accept the will of the Israeli people and work with any government.”

Still, Biden has long opposed the growth and establishment of Israeli communities in Judea and Samaria – the settlements.

Israel said Biden will work closely with Jerusalem “to ensure the stability and security of the region,” but would not go into specifics of his policies on the matter.

“It will depend on facts on the ground, the Israeli government position at the time and the assessment of a Biden administration at the time,” he added. “Biden has relationships in Israel that go back decades… Those relationships are deep, and any issue will be addressed in an appropriate way, not by tweet, but by a fundamental, smart dialogue.”

A Biden administration would seek to “engage constructively” with the Palestinians, based on a two-state solution, because any other solution would be a “demographic and democratic challenge” to the Jewish state, Israel said.

Israel also said, “I don’t see any scenario where the Biden administration seeks to rescind the Taylor Force Act.”

The Taylor Force Act suspends US aid to the Palestinian Authority as long as it continues paying terrorists and their families.

As for whether Biden would continue to recognize Israeli sovereignty in the Golan Heights, as the Trump administration did, Israel said he “would not want to prejudge individual and specific policy.”

When it comes to antisemitism in the US, Israel said that Trump, “rather than condemning hate crimes, winks at the criminals.”

“Joe Biden is on the absolute opposite end of the spectrum,” Israel said. “He will not tolerate antisemitism. He will use the bully pulpit of the presidency not to coddle neo-Nazis, but to act against them and he will back it up with the resources of the Department of Justice and other agencies.”

Israel said that combating antisemitism and protecting Israel’s QME were two of his priorities when he was a member of the House of Representatives.

“I will do anything Joe Biden asks, because of his leadership on both. The reason he is in this race in the first place is because neo-Nazi marchers paraded past a synagogue in Charlottesville with swastikas chanting ‘Jews will not replace us,’ and Trump said there are fine people on both sides… [Biden] made his decision that day,” Israel said.

According to Israel, “on Israel’s strength and on protecting the Jewish community from hate crimes in the US – those two issues alone merit Joe Biden’s presidency.”

Israel told a story of being on Air Force Two with Biden long before he ran for president, as he spoke to the then-vice president about a congressional task force against antisemitism.

Biden said to Israel: “You know when I learned about antisemitism? My dad would talk about the Holocaust and say, ‘Joey, we have to make sure this never happens again.’”

That story, Israel said, showed that Biden’s views on Israel’s importance crystallized at a young age, and have not changed.

“That’s why I think Israel is going to be stronger and enhanced by a partnership with a Joe Biden administration,” he said. 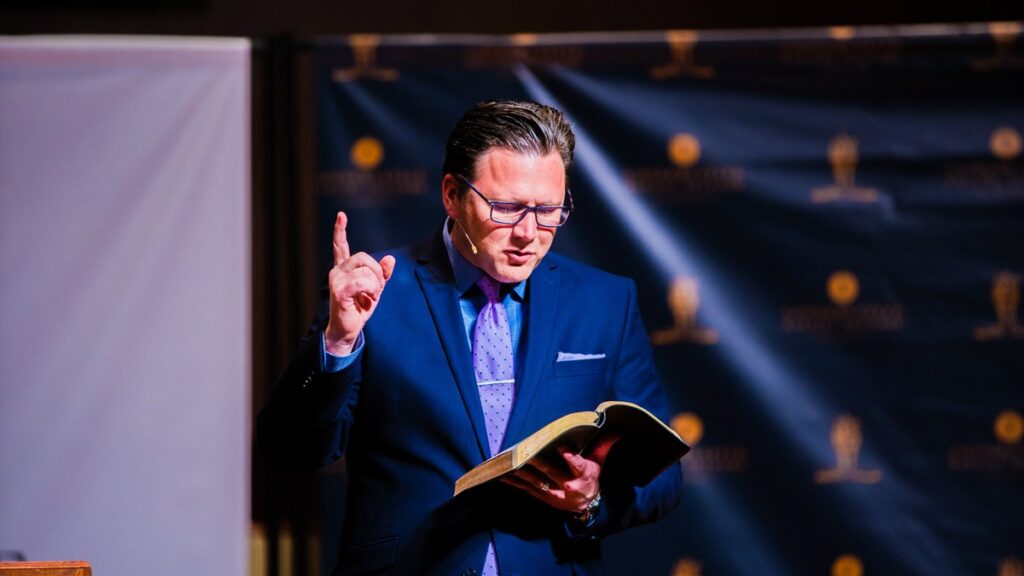 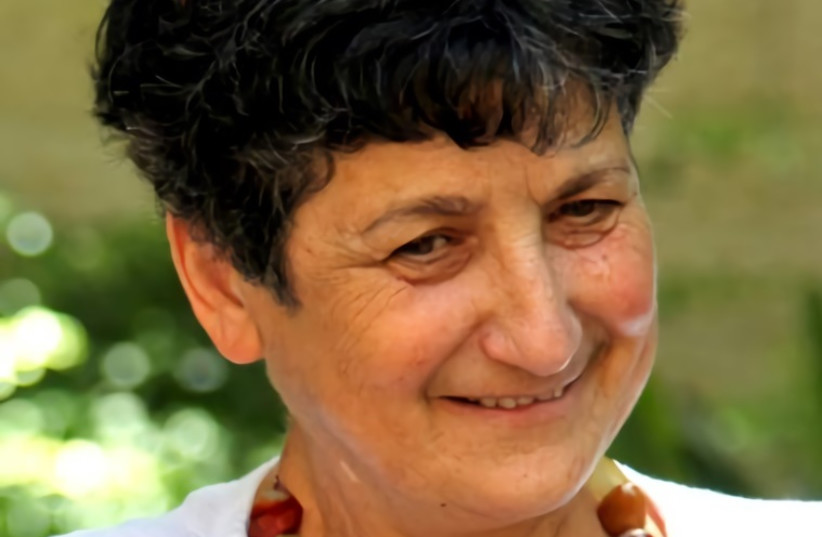