Arabs and Muslims across the world should watch the airplane flying from Israel to the United Arab Emirates on Monday as a sign of what is possible through peace, Jared Kushner, senior adviser to President Donald Trump, said just before boarding the historic flight.

It was the first-ever direct flight from Israel to the United Arab Emirates by an Israeli commercial airline on Monday morning.

“I prayed yesterday at the [Western] Wall that Muslims and Arabs from throughout the world will be watching this flight recognizing that we are all children of god and that the future does not have to predetermined by the past,” Kushner said. “

This is a very hopeful time and I believe that so much peace and prosperity is possible in this region and throughout the world.”

The plane flew over Saudi Arabian airspace on its way to the UAE.

Before boarding the plane, head of Israel’s National Security Council Meir Ben-Shabbat said he is “excited and proud to head the Israeli delegation…The traditional phrase ‘go in peace’ takes on a greater meaning.”

Ben-Shabbat said Israel’s goals for the trip is “to reach a joint work plan to promote ties in a broad range of areas,” including tourism, innovation, health and more.

Check-in for flight LY 971 opened shortly after 7 a.m. The flight number and the destination were displayed on the screens above each of the desks open for the flight.

Pilot Tal Becker told those assembled over the intercom, “For the very first time an Israeli plane with an Israeli flag will fly over Saudi Arabia and land in the UAE – over three hours instead of what would have been seven.”

He continued, “It is another historic event for El Al just as when peace was signed between Jerusalem and Cairo and Amman. Wishing us all salaam, peace and shalom.”

The excitement was palpable in the airport lounge, where Israeli government officials and journalists mingled and discussed plans for the visit.

Israeli and foreign media waited in the sweltering heat for the top officials in the delegation to arrive, taking photographs of each other to remember the momentous occasion. Normally-staid Prime Minister’s Office and US Embassy staffers joined in the selfie-taking.

Health Ministry director-general Chezy Levy arrived in a face mask festooned with an Israeli flag and UAE flag, and a box of similar masks his office made specially for the occasion.

Levy said he was ready to start work with his Emirati counterparts immediately: “I think we can immediately start cooperation on coronavirus in the short term, and also other medical research.”

“There is real hope for peace after years of laying the political and diplomatic infrastructure,” Defense Minister Benny Gantz said ahead of the historic flight.

In a conversation with representatives from the Israeli delegation, Gantz added, “You are given the historic privilege to take part in this event and represent the people of Israel. This is a moment of real hope for peace. Our eyes are on you in hope of real news.

“We have a lot to share with the United Arab Emirates – in the diplomatic space, in agriculture, in science, in medicine, in culture and in transportation,” he concluded. “Good luck.”

Ashkenazi later tweeted, “You are all partners in a historic moment of real hope for peace between peoples. A peace that must bring about far-reaching changes in the Middle East.”

It will be the first-ever El Al flight from Israel to the UAE and the first Israeli airline to fly over Saudi airspace, a person familiar with the matter said.

The plane designated for the flight was adorned with the word “peace” in Arabic, Hebrew and English in honor of the historic moment.

Defense officials will not take part in Monday’s delegation. They will go to Abu Dhabi separately in the coming weeks after the UAE sought to have the first public meetings with Israelis be about civilian matters.

The flight is taking place two weeks after Israel and the UAE agreed to full normalization of relations in a phone call with US President Donald Trump, marking the first peace treaty between Israel and an Arab country in 25 years.

The agreement will include establishing embassies and exchanging ambassadors, investments into the Israeli economy, trade, direct flights between Tel Aviv and Abu Dhabi, an investment in Israeli efforts to develop a coronavirus vaccine – as first reported in The Jerusalem Post last month – and cooperation in matters of energy and water.

An important element of the deal for the UAE is the expectation that its citizens would be able to visit the Al-Aksa mosque in Jerusalem. 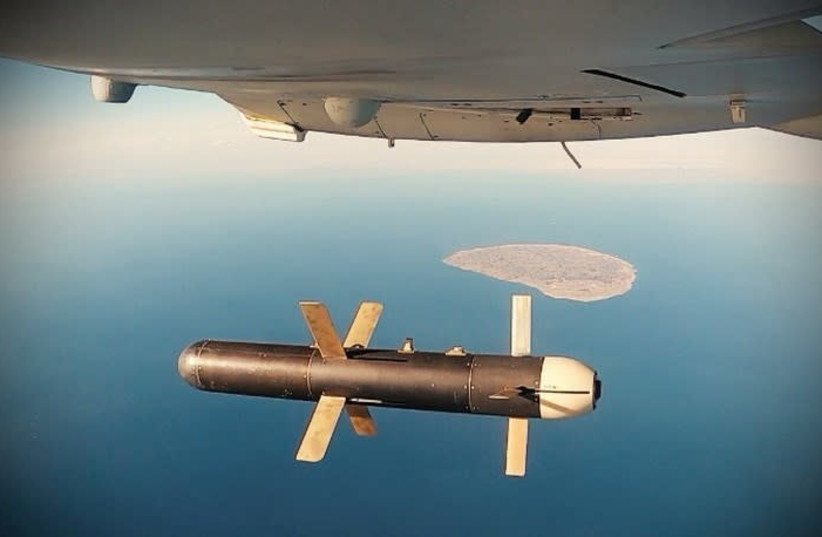