Written by The Ministry of Jesus Christ on October 12, 2020

“School for Unlearning Zionism” is the name of a Weißensee Academy of Art Berlin program.

People wear kippas as they attend a demonstration in front of a Jewish synagogue, to denounce an anti-Semitic attack on a young man wearing a kippa in the capital earlier this month, in Berlin, Germany, April 25, 2018.

Israel’s embassy in Berlin on Friday accused a Berlin arts college of stoking antisemitism against the Jewish state by supporting a program titled “School for Unlearning Zionism” that denies the existence of the State of Israel.

The embassy wrote in a series of three tweets that the Weißensee Academy of Art Berlin’s “hosting a workshop whose title already negates Israel’s existence is an embrace of antisemitism.”

The tweet continued that “The IHRA [The International Holocaust Remembrance Alliance] working definition for antisemitism adopted by the [German] federal government cites as an example the denial of the Jewish people’s right to self-determination. This series of events falls under this definition and should be recognized for what it is: anti-Zionist and antisemitic.”

The embassy added that  “There should be no tolerance for the delegitimization of Israel and antisemitism in Germany today.”

The anti-Israel project at the Weißensee Academy of Art Berlin was organized by activists affiliated with the Boycott, Divestment and Sanctions campaign targeting Israel. The Bundestag passed a resolution last year labeling BDS an antisemitic movement that has parallels with the Nazi movement’s “Don’t buy from Jews!” program during the 1930’s.

The Academy of Art scrubbed the allegedly antisemitic program “School for Unlearning Zionism” from its website over the weekend.

The Berliner Zeitung reported on Sunday that “Funding for the program was withdrawn from the organizers” of the anti-Israel course.

The Jerusalem Post located one ostensibly anti-Israel program from the academy’s 2017-2018 semester titled: ”Things that never happened in the green house of Sheikh Ali’s family.” The course entry reads “The Palestinian War or Israeli War of Independence of 1948 drove 700,000 Palestinians from their homeland and led to a refugee crisis that has not yet been resolved. Palestinians call this mass displacement Nakba – Arabic for catastrophe.”

The 2017-2018 course presents only the Arab view of the Israel-Palestinian conflict.

The anti-BDS resolution, though non-binding, encourages publicly funded institutions not to support BDS activities. Weißensee Academy of Art Berlin, which was founded in 1946, receives public funding.

Three German MPs have appeared to defy the anti-BDS Bundestag resolution. The Green Party’s Omid Nouripour, the Left Party’s Christine Ann Buchholz, and Aydan Özoğuz from the Social Democratic Party are all on the advisory board of a pro-BDS entity – The German-Palestinian Society – that has called for the abolition of the Jewish state in an art exhibit unrelated to the Weißensee academy.

Charlotte Knobloch, president of the Munich Jewish community and a Holocaust survivor, told the Post that the MPs should resign from the pro-BDS groups. The three MPs declined to comment as to whether they authorized the antisemitic art exhibit.

The DC Mayor Doesn’t Get to Define Church 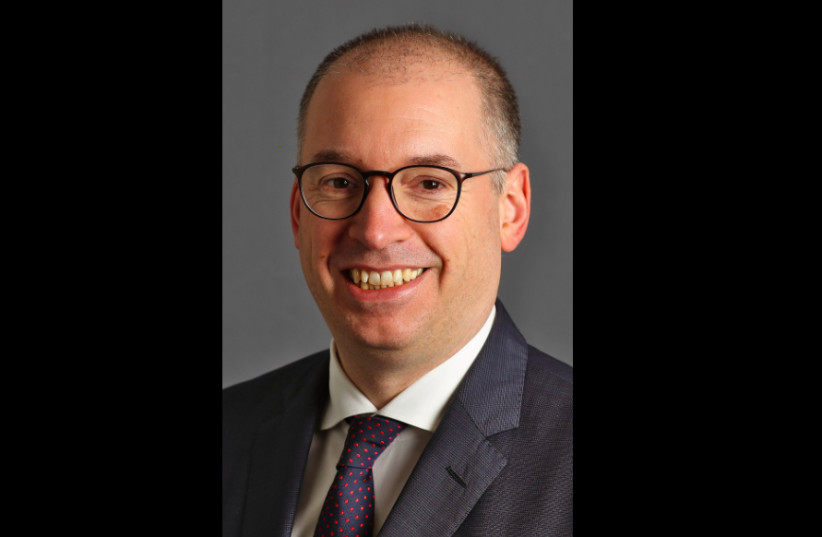