Is ‘Authenticity’ Enough for Christian Apologetics?

Justin Bailey’s Reimagining Apologetics: The Beauty of Faith in a Secular Age highlights a problem that plagues certain forms of christian persuasion: the failure to take imagination seriously. For some Christians, apologetics is a matter of dry-as-the-desert technical arguments—or of intellectually arm-wrestling non-Christians into submission. Add an evangelical ethos hopelessly enamored with perpetual culture-warring, and you have a profound problem in much current christian witness.

Bailey begins by noting that, according to philosopher Charles Taylor, we live in a world (a “social imaginary”) where everyone assumes that ultimate answers lie within. We follow what resonates with our inner life. Therefore, the wise apologist who wants to reach a non-christian engages not with what is (externally, objectively) true, but with what (internally, subjectively) moves him or her emotionally and aesthetically. Not truth, but beauty. Not rationality, but authenticity. The key lies with the imagination. We must provide space, Bailey writes, for non-Christians to “feel their way into faith.”

After providing a brief philosophy and theology of the imagination, Bailey turns to novelists Marilynne Robinson (of Gilead fame) and George MacDonald (who inspired C. S. Lewis) as models of what such engagement would look like. They created imaginary worlds that allowed non-Christians to see through the eyes of faith. He then applies his findings to apologetical method based on a threefold model of the imagination: sensing, seeing, and shaping. Sensing prioritizes the aesthetics of belief, emphasizing what non-Christians would find beautiful and believable. Seeing invites them to try on a christian vision—a larger, “thicker” view of reality. Shaping invites them to a “poetic participation” that encourages them to situate their own life-projects within God’s redemption project. By suspending the question of truth to pursue beauty and imaginative resonance, Bailey argues, apologetics will appeal to those alienated from God but seeking authenticity.

This is a sharply written, well-researched proposal for a new way of doing apologetics. Those who haven’t studied apologetics may find it slow going in places, but don’t let that deter you. Bailey provides plenty of vivid illustrations and examples. And, in the main, his point is correct. Many conservative Christians, and apologists in particular, have been culturally tone-deaf and have made themselves (ourselves) an obnoxious presence that few non-Christians are interested in engaging. But Bailey’s book is part of a growing movement, in apologetics, that emphasizes beauty and imaginative resonance. Sound missiology seeks to contextualize the gospel in ways that make sense to a particular people group. In this case, the target group is those of our own culture alienated from Jesus.

That said, I do have concerns. There is always the risk that contextualization will lead to a compromised message—a gospel “gone native,” paganized in translation. Bailey is well aware of these risks, but I am concerned he never fully reckons with the risks of contextualizing the gospel to the particular social imaginary that prevails in today’s Western world. Authenticity necessarily places the self first and foremost, judging all beliefs and lifestyles by the standard of “What feels right for me?” As Bailey writes, we all must take “authentic ownership of our lives,” and the job of apologetics is to help create capacious (a favorite word of his) spaces in which non-Christians can create something attuned to the beauty that God has created, in which God is somehow present, beckoning them forward.

But what if the point of Scripture is that our lives are not our own? What if we have no “authentic ownership of our lives” but are rather called to turn our eyes away from ourselves to God and others, whom we are to love and serve? Can we simply combine authenticity with taking up one’s cross and losing one’s life (Matt. 16:24–26)?

Bailey seeks to guard against selfishness by countering that apologists should offer non-Christians a “thicker” version of authenticity to broaden the narcissistic horizons of “thin” authenticity. Thick seems to mean, by turns, self-giving, theologically deep, or grounded in the biblical “theodrama” of the New Testament. It seems to serve as a substitute or marker of biblical authority, but without the sharp edges that would shut down a nonbeliever’s imaginative and aesthetic search for a faith that resonates with their experience.

If I had to pinpoint a central cause for concern in Reimagining Apologetics, it would be the author’s stance on biblical authority. Though Bailey affirms biblical authority occasionally, it is de facto marginalized in his actual methodology. He never truly allows the Bible to delimit the imaginative space legitimately available to the non-christian in his or her exploration. Why? Because when appealing to those seeking authenticity, beauty must be considered as separable from truth in the interest of not disrupting the fragile “feeling into faith” process. In fact, Bailey decries what he calls contemporary apologists’ “fixation on truth.”

This has specific consequences for faith. Both of Bailey’s apologetical role models, MacDonald and Robinson, denied that God would eternally punish anyone who rejected him. They were unable to quite believe in a God who was less generous and gracious than they imagined him to be. And Bailey never corrects them, as if conforming God to our imaginary image of him is somehow justified. This is treacherously close to inviting non-Christians to violate the first and second commandments and presenting that as a genuine life of faith. Even for the most mature Christians, the way God is portrayed in the Bible won’t always appear beautiful or good. The real journey of faith involves spiritual wrestling to conform our imaginations to the reality of his person and character as revealed in Scripture. Submitting one’s imagination and will to someone else is always a struggle, but Christians simply don’t have the license to do otherwise and call it genuine (“authentic”) faith.

Submitting to another’s authority is anathema to the ethos of authenticity. Again, Bailey understands this, noting that we must orient and “reframe” the non-christian’s quest within God’s project, but I am unconvinced that he quite squares that circle. In essence, he is using the textures and channels of authenticity (what resonates with the seeker) to move seekers past and out of authenticity toward the willing, joyful acceptance of an authority and life-direction not their own. But I remain unsure that Bailey even acknowledges the contradiction, assuming instead that, at its best, christian faith dovetails seamlessly with the yearning for authenticity. Sometimes it doesn’t, and we need to figure out how to guide non-Christians into recognizing that. Reimagining Apologeticsgives us precious little guidance here.

Further, we live in a world of multiple competing authenticities. Simply showing the christian vision’s “thickness” will not suffice. Tara Isabella Burton’s recent book Strange Rites: New Religions for a Godless World explores a dazzling array of “intuitional” religions that have lured people away from traditional religions in the age of the internet, with examples ranging from online fan cultures to occult and “wellness” movements to political ideologies left and right. All of these communities are super “thick” in the imaginations of their adherents . They resonate profoundly within the minds and lives of their followers. How are we to differentiate between competing thick imaginative visions?

This is where “presuppositional” apologetics, which posits christian faith as the basis for all thought, gives important guidance. Bailey dismisses it in one footnote as a form of Scriptural “foundationalism” focused not on rational truthfulness, like classical apologetics, but on biblical truth. This struck me as both unfair and curious, given that his own imaginative apologetics (sensing/seeing/shaping) bears a striking structural resemblance to the presuppositional argument: trying on the non-christian’s perspective, showing how it falls apart, then inviting the non-christian to see reality through christian eyes.

Bailey is right. Apologetics needs the imagination. But let us use it with 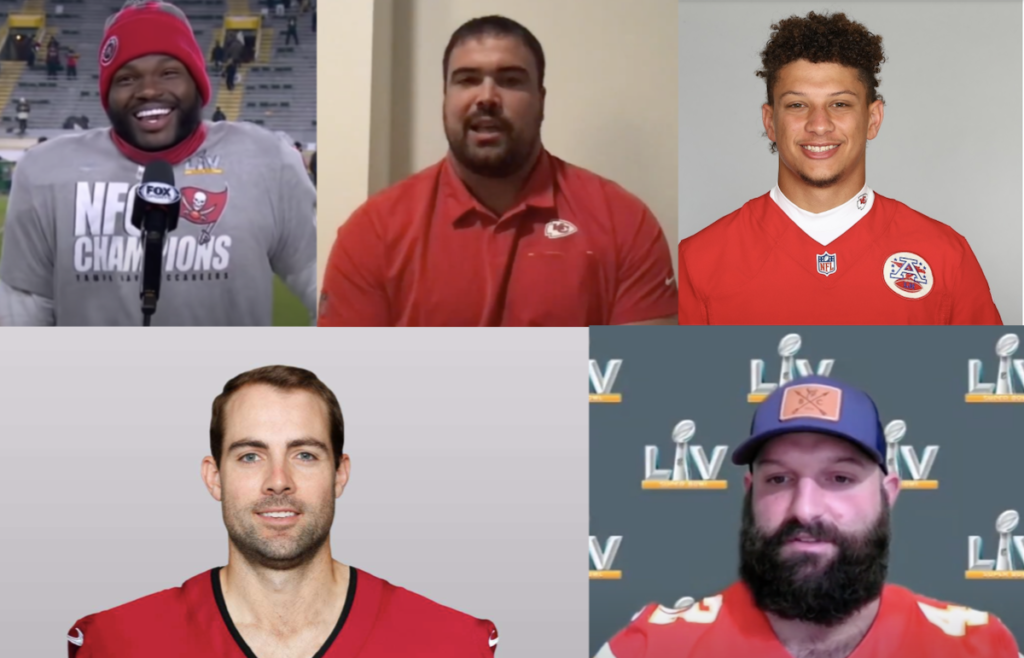 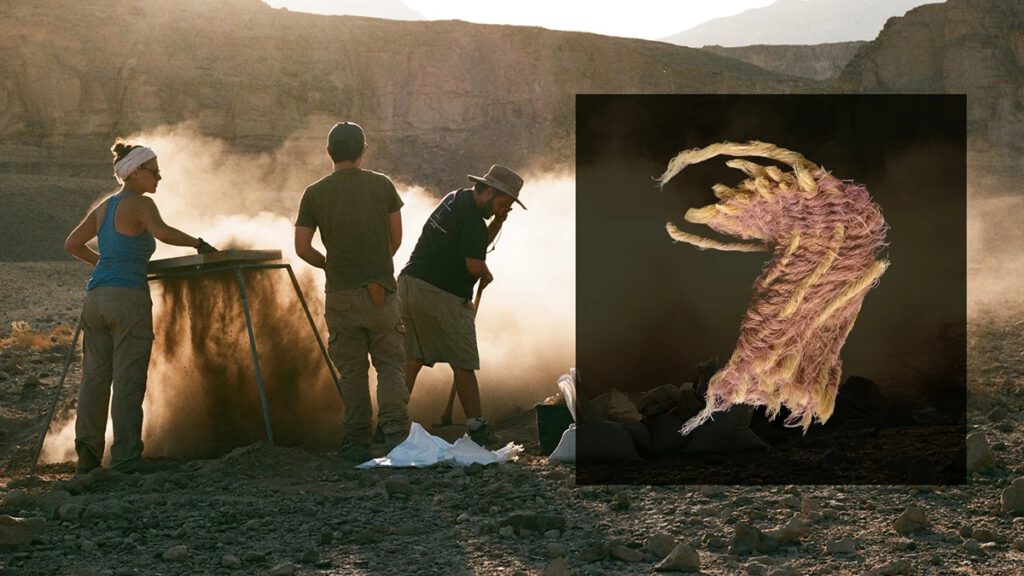