In the Bible, ‘Individualism’ and ‘Collectivism’ Aren’t Neat and Tidy Categories

I love watching Bollywood movies. What could be better than three hours of delightful singing and dancing, colorful settings and costumes, sappy romance, and a dash of slapstick humor? Every Indian knows you watch these films for the music and dancing, not the plot. Most of the time, the plots are the same: A guy falls in love with the girl from the wrong side of town (or vice versa) and can’t marry her because his parents arranged for him to marry someone in his social class. Somehow, the story eventually gets to a happy ending, but however that happens, the guy always has to reconcile with his parents.

Why? Because family comes first—before love, before business, before “following your dreams.” Indians (and Indian Americans like me) get this, but some of my white American friends wonder what all the fuss is about. Be yourself! Listen to your heart! Follow your dreams!

E. Randolph Richards and Richard James have written Misreading Scripture with Individualist Eyes to help educate modern Western Bible readers about the collectivist value system of the biblical world. The underlying assumption behind this book is that many moderns interpret the world through a lens that centers on the desires, needs, and values of the individual. (Richards and James insightfully quote A. A. Milne’s Piglet in his distinctive dialect: “The thinks that make me different are the thinks that make me ME.”) Whereas collectivist societies in antiquity and around the world today orient their values around the family and the people group.

Richards and James lay the foundation for understanding collectivist cultures by emphasizing how these cultures use honor and shame as tools for reinforcing social values. Honor involves cultivating a positive reputation in the eyes of your social group. Alternatively, when a person’s reputation suffers in the view of that group, he or she is “shamed.” Suffice it to say, honor and shame were world-shaping dynamics in the biblical world.

And Richards and James also spend a good bit of time talking about the importance of family and kinship as part of the social structure of the ancient Mediterranean world. Many readers will already know or understand this material from general experiences in their own culture or from observing collectivist cultures. Where we see some more concrete payoff from the authors’ cross-cultural insight is in their attention to specific collectivist mechanisms like patronage and brokerage—networks of giving and receiving, where favors are exchanged and reciprocity is expected. “Patrons” had power and status and helped out needy “clients” (with, for example, money or access to power). In exchange, clients owed favors to the patrons. Often enough this would involve boosting the patron’s reputation, talking him or her up, and adding to the patron’s entourage. (Think of Gaston and LeFou from Disney’s Beauty and the Beast.)

Richards is a well-respected biblical scholar, bringing reliable insight and interpretation to the study of individual texts. And James (“Richard James” is a pseudonym) has been involved in church-planting ministry in the Middle East. As a team, they deftly weave in modern cross-cultural stories to demonstrate worldview factors and social values of collectivist people. And they cycle back and forth between stories and passages from the Old and New Testaments.

I appreciated the book’s repeated emphasis that we are not meant to judge collectivists as inherently “good” or “right” and individualists as inherently “wrong.” The authors treat these two systems as apples and oranges—they’re just different. This book is not designed to help us mimic ancient Mediterranean cultures. Rather, it is all about better understanding the social and cultural dynamics playing out, often invisibly, in the background of biblical texts.

For example, we might think that the point of the David-and-Goliath story is highlighting David’s individual bravery. But from a collectivist perspective, the emphasis would be on David’s standing up for the honor of the God of Israel, whose name and reputation were being dragged through the mud by the Philistines. Time and again, Richards and James interpret these texts adroitly and illustrate the relevant social values insightfully. I wish I had been given a handbook like this 15 years ago when I was first learning how to read the Bible well. It’s one thing to study historical events, like the destruction of the Jerusalem temple in A.D. 70, or geographic details, like the interesting urban features of Roman Philippi. But here, Richards and James pack the main elements of navigating collectivist cultures into a relatively short book to help the biblical reader avoid many common interpretive mistakes.

It is important to recognize, though, that not all collectivists are the same. Nor is collectivism a rigid cultural phenomenon. Richards and James acknowledge this, and they have a great little line in the book: “Generalizations are always wrong and usually helpful.” What collectivists have in common is this natural gravitation toward putting the group above self-interest, honor above personal gain, and group benefit above personal choice and freedom. But what exactly is an individualist? Are individualists selfish? Does collectivism preclude self-interest?

Let’s go back to my Bollywood movies. While honoring one’s family and parents is often the moral of the story—and Indians strongly resonate with this—the plots also tend to revolve around “falling in love” or “following your personal dreams,” which is what gets the protagonist into hot water in the first place!

Recently, my family watched the live-action Disney film Mulan. Set in ancient China, the movie features a young woman just wanting to be herself—a tough and talented warrior with a remarkable abundance of divinely bestowed life energy, or Qi (pronounced “chee”). Her desire to be her true self is chastened by the cultural expectations that she is meant to be married and serve as a good wife and mother of the empire, not a warrior (a profile and pathway marked out only for men).

In the story, Mulan’s aged and frail father is conscripted into the army to fight a hostile enemy, but she secretly takes his place and pretends to be a man out of love and respect for her father. On one level, her independent action is individualistic—she wanted to embrace her natural talents and passions. But her intentions are also oriented toward family honor and imperial honor.

We can expect a happy ending from Disney, so perhaps it’s no spoiler to reveal that Mulan gets everything she wants in the end. While the empire could have executed her for hiding her female identity, she is ultimately rewarded for putting family first and thus fulfilling a cornerstone value of the empire’s cultural heritage. In the end, then, “individualism” and “collectivism” aren’t such neat and tidy categories.

This makes me wonder, too, about how focusing on collectivism in the Bible can perhaps obscure important strains of individualism. Think about Abraham leaving family, land, and clan to w

Actor Kevin Sorbo on atheism and the ‘science of God’ 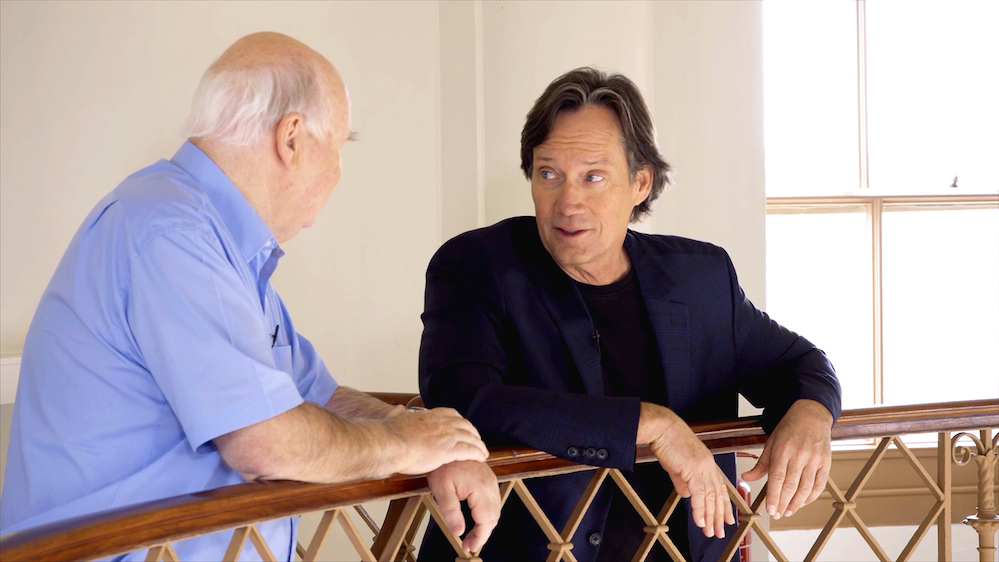 As a Mixed-Race Christian, I Used to Think Diversity Was Enough