In a Mad Mad World, God Welcomes Our Merrymaking

Written by The Ministry of Jesus Christ on December 23, 2021

I’ve always had mixed feelings about Christmas. As I sifted through memories of the season while writing my memoir, Where the Light Fell, I better understood why.

In my elementary school, Christmas called for a major event in the auditorium, complete with a concert by the school band and chorus. For some reason I volunteered to represent the first grade by singing a solo rather than playing “Song of the Volga Boatmen” on the piano. I chose “O Little Town of Bethlehem,” and my mother wrote out the words on a card in case I forgot them. Foolishly, I also volunteered for the role of Peter Cottontail in our class skit.

My mother fashioned a fine set of rabbit ears around coat hanger frames, fixed them on my head, and pinned a fluffy cotton tail to the seat of my pants. I had the good sense to remove the rabbit ears before attempting my solo but overlooked my cotton tail.

The upper classes laughed out loud as I walked to the microphone, which rattled me so much that I forgot the words to the Christmas carol. I was too ashamed to look at my notes, because then everyone would know I had forgotten them, so I hummed an entire verse, trying to make my mistake seem intentional. No one was fooled. My first public performance—and last solo—was a lesson in humility.

Flash forward seven years. Like most siblings, my older brother, Marshall, and I had an uneasy alliance. We argued, we competed, we sometimes snitched on each other. At Christmas we would agree in advance how much to spend on our gifts to one another, often buying exactly the same present just to make sure.

Mother would beam as we each opened, say, a fold-out box of Life Saver candies, with both of us feigning surprise that we had thought of the same gift. This particular Christmas we had agreed to give each other a transistor radio, and Marshall double-crossed me: I gave him a radio while in return I got a cheap rubber baseball.

We stopped exchanging Christmas gifts after that year.

My real ambivalence about Christmas, however, traces back to an event I have no memory of. My memoir begins with a defining event in my life that occurred on December 15, a month after my first birthday. My father, just 23 years old, died of polio, guaranteeing our little family of three a life of hardship and poverty.

My maternal grandparents drove from Philadelphia to Atlanta for his funeral, held a few days after his death. They insisted on taking all three of us north for a few weeks’ respite to give my mother time to grieve and contemplate her future.

Before we departed for Philadelphia, the Yancey grandparents hosted the out-of-town guests for an early Christmas dinner. The Yanceys had a pile of wrapped presents waiting under the tree, and long-faced adults, still dressed in their funeral clothes, sat around watching two young boys tear open packages and play with their new toys.

Christmas might have been my favorite holiday—except for the dark cloud that settled on Mother every December, the month my father died. She valiantly went through the motions of decorating a live tree and stringing up lights, but her heart never seemed in it. She would occasionally burst into tears for no apparent reason, and Marshall and I walked on eggshells.

Even as an adult, I find it hard to enter into the Christmas spirit. Do I really need the presents that family and friends kindly send my way, some of which will be stored on a closet shelf?

The glittery paper, the sealed plastic that cuts my hand, the cardboard boxes from Amazon—they end up in overflowing garbage and recycling containers. And is it appropriate to burn yet more fossil fuels in order to illuminate Christmas, especially in the midst of a pandemic that has killed five million people worldwide? My brother spent last Christmas in an overcrowded COVID-19 ward. How many will share that fate this year?

I feel like the curmudgeonly Ebenezer Scrooge from Dickens’s A Christmas Carol. Then I remember the scene of Bob Cratchit’s family scrimping to splurge on a Christmas dinner of goose, potatoes, and pudding. Tiny Tim, the crippled son of Scrooge’s underpaid clerk, offers a heartfelt blessing: “God bless us, every one!”

Without help, Tim will likely die for want of treatment the family cannot afford, the Ghost of Christmas Present informs Scrooge. The vision of that deprived yet happy family pricks the conscience of the miserly Scrooge.

In his book of sermons titled The Magnificent Defeat, Frederick Buehner mentions two qualities of childlikeness.

First, children have no fixed preconceptions of reality. If someone tells them that the mossy patch under the lilac bush is a magic place, or that opening a certain wardrobe will lead to Narnia, they’ll surely test the theory.

Second, children know how to receive a gift without worrying about whether they deserve it or if it indebts them to the giver. They simply receive it, joyfully tearing into the wrapping paper despite the solemn faces around them.

Somehow, even amid the secularized trappings that drown out the truth of Christmas, we have not lost a sense of celebration. On a dark night in Palestine, the sky itself burst into song and shepherds ran to locate its origin. Before long, astrologers would endure a camel journey from Persia in order to present gifts fit for a king—only to find a baby.

That celebration, too, took place against a background of tragedy that left mothers crying for their slaughtered infants and Jesus’ family fleeing as refugees.

Some three decades later, a woman poured very expensive perfume on Jesus’ head (Matt. 26). A “waste” declared Judas—the disciples’ Scrooge—for she could have sold it and given the proceeds to the poor.

In what has become one of the most misinterpreted passages in the Bible, Jesus responded, “Why are you bothering this woman? She has done a beautiful thing to me. The poor you will always have with you, but you will not always have me. When she poured this perfume on my body, she did it to prepare me for burial” (vv.10–12).

No one could accuse Jesus of insensitivity to the poor and marginalized. He spent his life among them, and this very event took place in the home of a social outcast, Simon the L 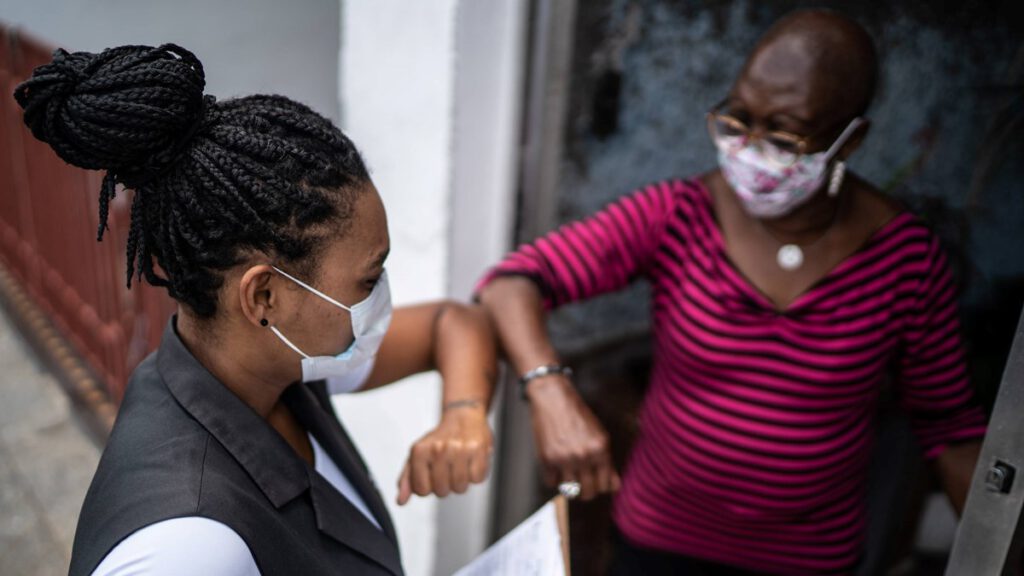