Danny Danon, Israel’s former ambassador to the United Nations and current head of World Likud, addressed the illegal Bedouin communities in the Negev when he toured the area on Sunday.

“This is a large area that continuously suffers from a high crime rate, and we need to address the root of the problem in a way that will secure the personal safety and security of the residents,” said Danon.

In southern Israel, there are 210,000 Bedouins, making up one third of the Negev’s population, according to the Foreign Affairs Ministry.

Some 90,000 Negev Bedouins live in non-regulated communities where little, if any, municipal services exist, including basic water and sewage infrastructure. There is no municipal planning or taxation.

Some communities have even established themselves in hazardous areas, such as the 14-15 thousand Bedouins living near the Ramat Hovav Toxic Waste Disposal Facility.

Danon is not the first to address the situation. Under the 2013 “Begin Plan,” Israel allocated over NIS 8 billion in the coming 10 years to upgrade Bedouin communities in the Negev.

The plan was to provide funding for proper zoning, electricity and water infrastructure, and access to modern healthcare, education, and social services to Bedouin communities. It offered full compensation to the 30,000 Bedouin needing to relocate due to health hazards or areas that could not be properly developed, while ensuring the remaining 60,000 received legal land plots in their establishments to build proper homes.

The plan received some support, but was also critiqued by many for uprooting Bedouins from their nomadic lifestyle and makeshift desert communities. It seemed to have reached a standstill.

This week however, Danon toured through several of the Bedouin villages and speaking with local leaders, said he gained a deeper understanding of the challenges the Bedouin community faces, including their desire to improve living conditions, be under Israeli sovereignty, and lower the crime rate.

One of the Bedouin leaders, Abed Tarabin, relocated the Tarabin clan in 2013 from an illegal encampment near Omer to a properly- planned Bedouin town, Kfar Tarabin, with the government’s support.

“The government plan isn’t 100% perfect, but it is a great improvement over the current situation of Bedouin in the Negev. We can build proper homes on recognized land, demand employment and health and education services, and make other demands of the government, like any other citizen. In our new town, we have asked for and received agricultural and industrial help,” Tarabin said at the time.

He updated Danon that while the community has since relocated to a proper town, there is still much improvement to be seen in reducing the crime rates and improving quality of life.

“I see you as a loyal representative who has come here and is really interested in helping solve the problem. We want to be part of the country in every sense,” Tarabin told Danon. 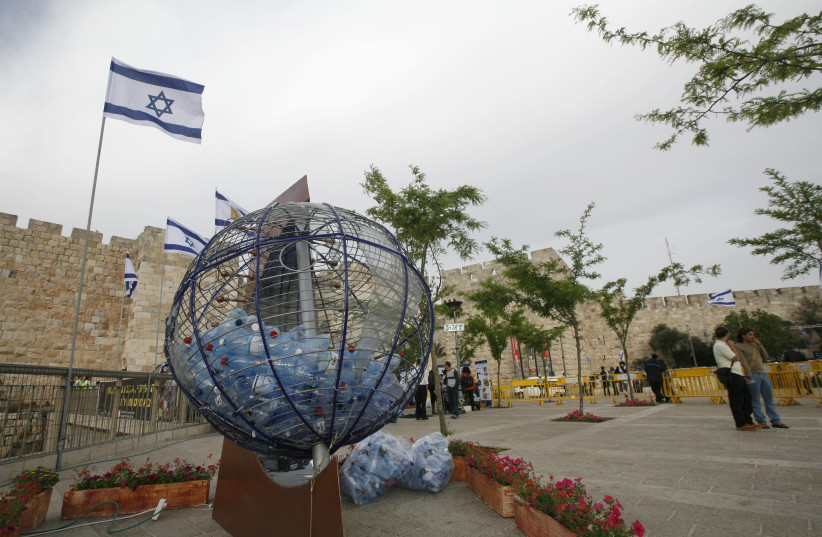