A flare dropped by the Israeli army lights up the sky in Rafah in the southern Gaza Strip on February 24, 2020.

Israeli attack helicopters and fighter jets struck posts belonging to Hezbollah along the Lebanese border early Tuesday morning after IDF troops were fired upon near Kibbutz Menara in the Upper Galilee.

The strikes against Hezbollah targets came hours after the IDF said that a security incident was taking place near the Kibbutz and ordered residents in the communities of Menara, Margaliot, Malkiya, Misgav Am, and Yiftach to remain in their homes and lock their doors.

Roads in the areas of Malkia, Ramot Naftali, and Margaliot had also been blocked and all outdoor activities were prohibited, including agricultural work.

“Regarding the security incident that took place last night at 10:40 p.m. in the area of [the Manara community], during operational activity, IDF troops were fired upon from Lebanese territory,” the army said in a statement.

“In response to the gunfire, IDF attack helicopters and aircraft struck terror targets belonging to the Hezbollah terror group,” the IDF said, adding that Hezbollah observation posts along the border were among the targets hit.

Though no troops were injured, the Israeli military said that it views the incident as “very severe” and considers the government of Lebanon as being “responsible for what is done in its territory.”

The IDF will continue to maintain a high level of alertness and ensure the sovereignty of Israel and the security of residents as much as necessary,” the IDF said.

#IDF now confirming a security related incident near Kibbutz Menara along the border with #Lebanon. Flares have been launched and several roads have been closed over concerns of a possible infiltration.

Defense Minister Benny Gantz warned Tuesday that the military would respond harshly to any incident on Israel’s borders.

“Tonight the security challenges continued, both in the north and in the south. We will continue to work to bring complete calm in the south of the country. In the north, we will not allow Nasrallah to harm either our soldiers or our country. We will respond harshly to any incident that happens at the border.”

Earlier the IDF fired dozens of flares in the area as troops searched the area after suspicious movements were detected near the border in the area of the Ramim Ridge and troops gunfire was directed towards their outpost next to Menara.

Israel’s KAN news reported that Israeli Prime Minister Benjamin Netanyahu was in Safed on a family vacation at the time of the incident and was rushed to the IDF’s Northern Command Headquarters in the city where he was updated on the situation and spoke to IDF Chief of Staff Lt.-Gen. Aviv Kochavi.

Now in northern Israel “IDF: A security incident is evolving in the Manara area near the Blue Line. A number of routes in the area have been blocked. Details to follow.” pic.twitter.com/Lly3mJe91y

Israel has been bracing for a possible attack by the terror group after an alleged Israeli airstrike in Syria on July 20 killed one of its members.

Hezbollah said at the time that a response to the deadly strike was “inevitable,” leading Israel to deploy troop reinforcements along with advanced intelligence and precision fire systems to its northern borders and ban military vehicles from driving on roads adjacent to the borders.

A week later, a group of up to five armed Hezbollah terrorists attempted to infiltrate into Israel, crossing several meters into Israeli territory on Mount Dov, which led IDF troops to fire artillery shells towards the cell, forcing them back into Lebanon without them firing at IDF troops.

Following a security incident in northern Israel, residents in Manara, Margaliot, Misgav Am, Yiftach & Malkia have been told to:

We are prepared to defend Israel.

Nevertheless, Hezbollah leader Sheikh Hassan Nasrallah said at the time that the July incident was not his group’s response and a week after that, IDF troops foiled an attempt to place explosive devices along the border fence, several dozens of kilometers away on the border with Syria. The four-member cell was killed by an IDF force on the ground and by aircraft.

But as tensions along Israel’s northern border with Lebanon subsided in mid-August, the IDF began to scale back troop reinforcements and other heightened security measures that had been put in place there.

While the IDF and defense officials determined that the Lebanese terror group would not carry out an attack following the devastating explosion in Beirut, the remaining troops in the area have nevertheless been ordered to remain in a heightened state of readiness.

Jerry Falwell Jr. will get $10.5M severance from Liberty U in wake of sex scandal 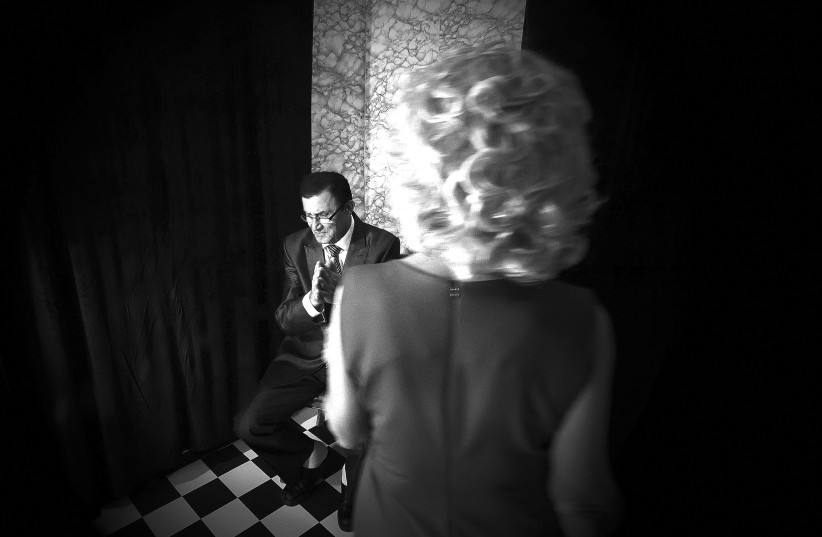