A call has been made to the wider Jewish community to pray for Nethaniel Felber  on Yom Kippur who is in serious condition after being diagnosed with the coronavirus. Felber is widely known as the IDF soldier who was critically injured in the Givat Asaf terrorist attack in 2018.

He was placed in an empty apartment following his release from rehab, instead of a coronavirus ward. His coronavirus symptoms are described as slowly improving, however he suffers from high fevers, in addition to requiring oxygen at least once, according to a public Facebook post written by Rabbi Dov Lipman, a former MK who is  also from Silver Spring and a friend of the Felber family.

He has a caregiver who agreed to stay with him day and night, especially as due to the nature of the virus, his family can not come visit him.

Nethanial Felber was injured in a terrorist attack in 2018, after Asam Barghouti opened fire at troops near the Givat Assaf outpost, south of Ofra. He has remained in critical condition since. At the time of the attack a female resident of Beit El was injured, and two IDF soldiers, St.-Sgt.Yuval Mor Yosef and and Sgt. Yosef Cohen were killed.

In the past, multiple prayer rallies have been held for Felber.

The first took place after the attack in December 2018. Hundreds of people gathered at the Western Wall, including numerous soldiers and the civilian and military heads of the IDF’s Netzah Yehudah battalion in which Felber served, as well as Rabbi Shmuel Eliyahu, municipal chief rabbi of Safed.

“Nathaniel always prayed for all of the Jewish people, now we can repay the favor,” said his father, who immigrated with his son and the rest of their family to Israel in 2018.

The Shabbat prior, hundreds of communities across Israel and the US said special prayers in synagogues for Felber’s recovery, and some 360 Jewish women on five continents participated in challah-making ceremonies on Thursday in honor of the wounded soldier.

Later on, in March 2019, the international community gathered in Israel, the US and other locations around the world. Services were held in synagogues, yeshivas and schools in Bet Shemesh, Tel Aviv, the Golan Heights, New York, San Diego and other locations, including London and Moscow.

“There’s a coming together of the English speaking immigrant community, because he’s one of us and people who have made aliyah in the last 15 years with kids in the army feel a special connection with him and his family,” said Lipman at the time.

He described Nathaniel as having a happy disposition, saying that he is someone who is “all goodness,” who loves to be active helping others and studying Torah.

Lipman said Felber had chosen to serve in the Netzah Yehudah battalion, a unit designed for haredi soldiers, so that he could serve for the full three years of military service in a religious framework, instead of the 17 months mandatory service performed in the Hesder program for the religious-Zionist community.

Tzvi Joffre and Jeremy Sharon contributed to this report. 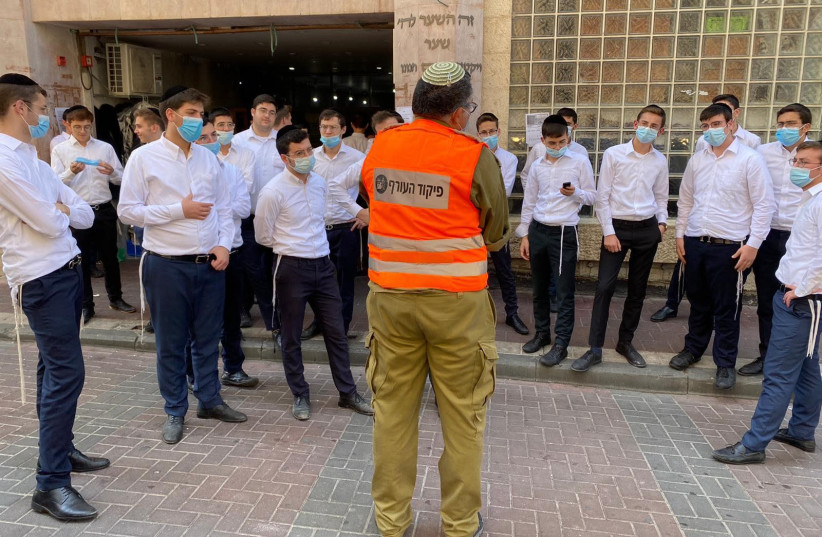