IDF retaliates after barrage of at least 30 rockets from Gaza

An IDF tank attacked a Hamas outpost as IAF aircraft struck rocket launchers in retaliation after a series of rockets were launched into Israeli territory from Gaza on Friday night, landing near the Gaza envelope region of southern Israel, the IDF spokesperson reported on Friday.

Some 36 rocket launches from Gaza into Israeli territory were identified, according to the IDF Spokesperson’s Unit. Air Defense Artillery combat soldiers intercepted six of the rockets.

While the majority fell in open areas, one of the rockets fell inside of a residential area, causing damage to an agricultural warehouse and equipment. An additional rocket was found in an agricultural area of the Hof Ashkelon Regional Council. Air Defense units work to intercept rockets when they are expected to fall in residential areas.

Rockets also fell inside Kibbutz Nahal Oz and on the access road to Kissufim.

The first three launches were detected coming from the Gaza Strip and falling near the town of Kissufim, in the Eshkol Regional Council. The IDF’s Iron Dome missile defense system intercepted one of them. The other two fell in open areas near the border fence.

Later on Friday night, around 1:50 a.m., additional sirens were heard at Alumim, Be’eri, Kfar Maimon and Tushiya, in the Sdot Negev and Eshkol Regional Councils.

The IDF reported that four rockets were launched during the second barrage, two of which were intercepted by the Iron Dome system.

An IDF tank attacked a Hamas outpost in the Gaza Strip around 2:40 a.m. early on Saturday morning in retaliation after the second barrage and was immediately followed by another rocket which landed in an open area near Ashkelon.

Israeli families are taking cover in bomb shelters as an additional 5 rockets were just fired from Gaza toward southern Israel.

We will protect them.

Overall, the IDF reported four rockets being intercepted by the Iron Dome system during the night.

Slightly after 3 a.m., additional sirens were heard in Miflasim and Kfar Aza, in the Sha’ar Hanegev Regional Council.

Another siren was heard near Nahal Oz in the Sha’ar Hanegev regional council slightly before 4 a.m..

After around an hour of silence, another rocket siren was heard around 5 a.m. near Kerem Shalom in the Eshkol Regional Council early on Saturday morning.

That was followed by six consecutive waves of rockets which set off sirens within the space of around 35 minutes, the first of which started at 5:27 a.m. near Alumim and Nahal Oz, in the Sdot Negev and Sha’ar Hanegev Regional Councils.

The IDF spokesperson announced around 5:30 a.m. that IAF aircraft had begun attacking Hamas rocket launchers and underground infrastructures in retaliation.

Another five minutes passed and another two sirens went off, both in Kissufim, in the Eshkol Regional Council.

The head of the Eshkol Regional Council, Gad Yarkoni, commented on the events of the night saying that “the unbearable ease with which these organisations allow themselves to shoot at the Gaza envelope and try harm civilians is outrageous.”

Less than ten minutes passed before another large wave of rockets set off sirens, this time in the Ashkelon Industrial Zone, Zikim, Karmiya, Yad Mordechai and Nativ Ha’asara, in the Ashkelon Beach Regional Council.

At 6 a.m., another siren was heard in the areas of Nativ Ha’asara, the southern Ashkelon Industrial zone, and Zikim, in the Ashkelon Beach Regional Council.

״After 20 years of rocket fire, there are still houses in the Eshkol region that do not have shelters. Last night Israeli citizens slept under rocket fire, exposed to damage.” he continued.

The head of Sha’ar Hanegev Regional Council, Ofir Liebstein, added that “for more than two decades the Israeli government have failed to produce a clear strategy to stop the rocket fire. There is no doubt that we deserve security and a stable routine.”

Last Friday, IDF fighter jets attacked a number of targets in the Gaza Strip after a rocket which was fired into Israeli territory landed in an open field.

IDF Chief of Staff Lt.-Gen. Aviv Kohavi will be holding an assessment meeting about the ongoing situation at 11:00 a.m.

Defense Minister Benny Gantz will be holding an assessment meeting at 01:30 p.m.

A Hamas official responded to the IDF retaliation, saying that “the new zionist aggression on the Gaza strip is a desperate attempt to break the willpower of our people and our continued steadfastness. Our people and our resistance are united with our people in Jerusalem in their fight against the zionist occupation and in their defense of al-Aqsa Mosque.”

The IDF have estimated that Hamas allowed the rocket fire to take place, even if they were not directly responsible for it, according to Ynet.

Udi Shaham contributed to this report. 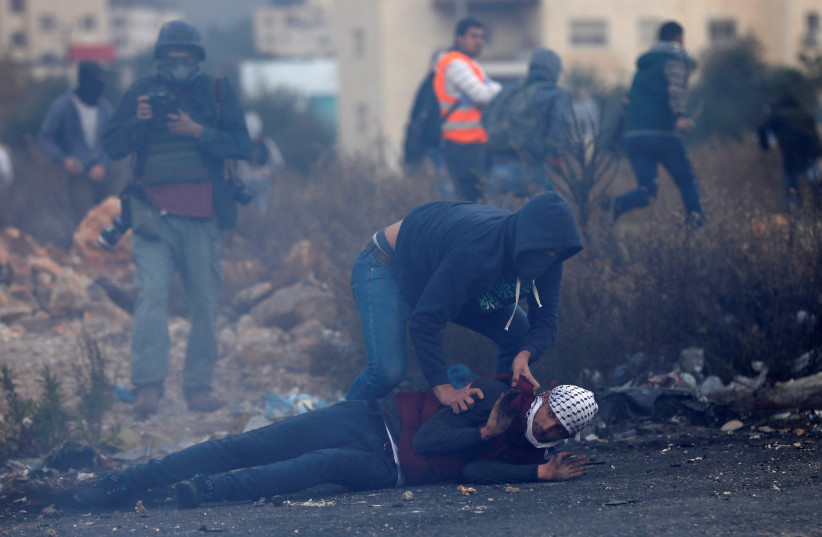