Some days are like a hot iron, searing their events into your memory. This was one of them­—sun shining, birds chirping, and me playing on the front porch of our cracker-box rental house in North Denver.

To my five-year-old self, it was a perfect afternoon. No gunshots, no gang-filled cars creeping by looking for trouble as they often did in our neighborhood, where my family was no stranger to violence. (We were often at the center of it.)

Everything was good that day—at least until a shiny, new car pulled up and the driver began staring in my direction. It was Paul, one of the men my Ma had married. He had up and left us without warning, and we hadn’t heard from him in months.

Ma caught sight of him out the kitchen window. Cursing like a sailor, she hunted down our baseball bat. Charging out of the house, cigarette hanging from her lips, she dared Paul to get out of the car. As he considered her offer, she started swinging at the headlights and the windshield.

Paul made the tactical mistake of getting out. Not missing a beat, Ma stopped smashing the car and started smashing him instead. When he finally limped back to the driver’s seat and peeled off, I knew we’d never see him again.

Instantly, I realized two things: One, I would never disobey Ma again. And two, something had ignited a rage in her that consistently led to incidents like this. Years later, my grandma told me what that something was.

Ma was a partier, and I was a result of one of the parties, where she had met a guy named Toney. She got pregnant. He got transferred (he was in the Army). Instead of facing her conservative Baptist parents, Ma drove from Denver to Boston, under the pretense of visiting my uncle Tommy and aunt Carol. But she was really there to get an illegal abortion (this was eight years before Roe v. Wade). Tommy and Carol talked her out of it.

Until my grandma told me I was almost aborted, I had wondered why Ma would often cry when she looked at me while reproaching herself: “I’m a bum. I’m nothing but a no-good bum.” But after I learned her secret, I understood—not only her tears, but her rage toward men. It was a shame-fueled rage.

My entire family was filled with rage. Ma had five bodybuilding, street-fighting brothers, whom the North Denver mafia nicknamed “the crazy brothers.” You know it’s bad when even the mafia thinks your family is dysfunctional. The Mathias family (Ma’s maiden name) ruled the streets of North Denver in the ’60s and ’70s. They weren’t organized crime—more like disorganized crime.

My uncle Jack spent many of his younger years in jail, once for choking two cops who tried to arrest him on assault charges. My uncle Bob was arrested for beating to death a guy who had stabbed his best friend.

All the Mathiases worried about me. Unlike my tough cousins, I was a quiet, bookish kid. Instead of fighting, I ran from trouble. I had no father to teach me self-defense, and everyone guessed that our neighborhood’s mean streets would gobble me up quick.

One Christmas at my grandparents’ house, after the presents were opened, I got called out. My uncle Dave, a marquee example of manhood (judo champion, Golden Gloves boxer, war hero), said, “I have one more present. It’s for little Greg.”

I had never been recognized like this in my large, loud family. I was usually cowering in the corner, trying to avoid notice. Uncle Dave handed me the present, and I opened it up: a girl’s doll. He smirked and said, “I figured that you don’t have a dad, so maybe you like to play with dollies like a little girl.” It was humiliating beyond words. I discovered in that moment that I, too, had a touch of that family rage. I shoved the doll in his gut and screamed, “I’m not a girl!”

I could hear the laughter and the “Maybe he’s one of us after all—did you see that temper?” comments, but it didn’t matter. Uncle Dave was articulating what I assumed many of my relatives thought: I wasn’t really part of this family. I wasn’t tough enough.

That day spurred a search for my identity. Who was I? Why had God put me on this earth? I soon gained a reputation for hiding around the house—whether behind a couch or underneath the kitchen sink—with a Bible and a flashlight. Even though I couldn’t pronounce all the words or understand their meanings, I somehow knew this book contained the answers I needed.

My Baptist grandparents took me to church, and I began asking my Sunday school teachers how to become a christian. They’d reply, “Ask Jesus into your heart” or “Confess all your sins.” Being a literal-minded kid, I only wondered what would happen if I got a heart transplant or left even one sin unconfessed.

My confusion persisted until one day in “big church,” when everything suddenly made sense. The preacher shared how Jesus died for our sins and rose again. He said that if we put our faith in him, we would be saved. At the age of eight, I trusted in Christ as my Savior.

Miraculously enough, at around the same time, God was working renewal within my family as well. A hillbilly, church-planting preacher nicknamed Yankee reached out to Uncle Jack, the toughest of the “crazy brothers,” on a dare. When Yankee knocked on the door, Jack had a beer can in each hand (one for beer and one for spitting chew). Surprisingly, he listened to Yankee’s gospel presentation.

“Does that make sense?” Yankee asked Jack. “Hell, yeah!” was his sinner’s prayer. In just one month, Jack brought 250 people to church, wanting them to hear this same good news that gave him hope. One by one, all my uncles came to Christ. Uncle Bob surrendered to Jesus in the back of a squad car after being arrested for manslaughter.

After seeing the gospel transform my family from rage-filled street fighters into passionate proclaimers of God’s love, I started attending Yankee’s church too. There, I was trained to share my faith, and I began sharing the gospel with everyone. But the person most on my heart was Ma.

WhenI tried telling her about Jesus, she would shut me down. “God can’t forgive me,” she’d say. “You don’t know the things I’ve done.” Finally, at the age of 15, I marc 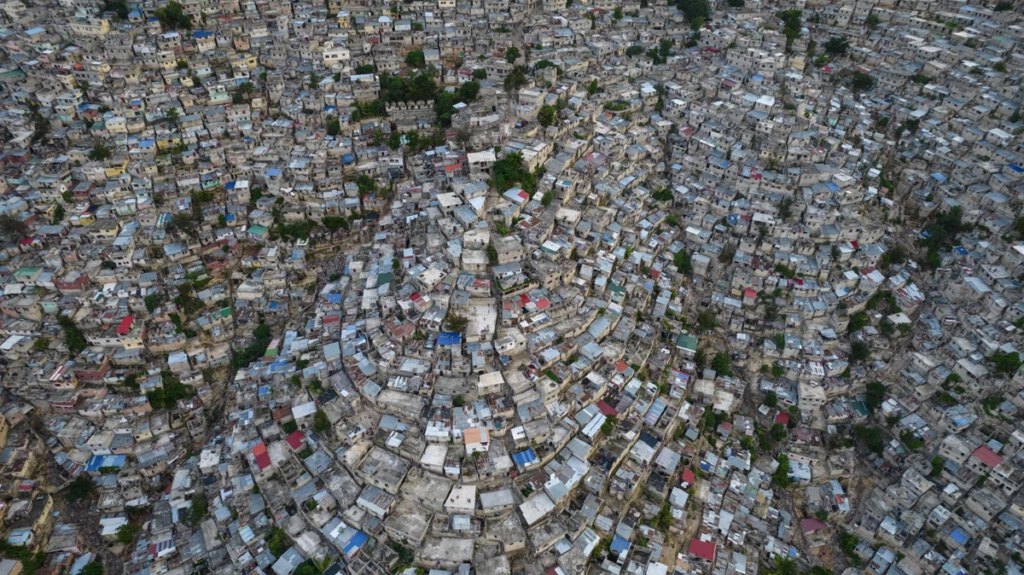