I’m both young and old enough to remember the WWJD bracelet fad of the ’90s and early 2000s—a daily reminder of what Jesus might do or say in any given situation.

But what some may not remember is that WWJD was not welcomed with uncritical support in all corners of the christian world. Growing up in evangelical circles, some church leaders claimed it was the wrong question to ask. Others chalked WWJD up to a “cultural christian” phenomenon—focused on being a better person instead of being saved in spite of yourself.

Modern evangelicals still struggle to prioritize imitating Christ as a scriptural mandate. There are several reasons for this, many of which are bound up in the history of Protestantism, and especially Reformed and modern evangelical theology.

For instance, a 1965 CT cover story explains how—in an effort to resist the liberal deconstruction of the previous century, which promoted a parody of imitating Christ—Protestant neo-orthodox theologians overreacted and eventually eclipsed the doctrine altogether.

To this day, many Christians remain divided over whether our faith is more about believing and sharing the message of what God has done in Christ or about following Jesus in all he taught through word and deed. This often boils down to whether Christians should focus on orthodoxy (right belief) or orthopraxy (right action).

But as Tish Harrison Warren recently pointed out, there is an additional step that bridges these two: orthopathy—or cultivating the right passions. Orthopathy speaks to matters of the heart, such as what we love and what we desire.

Luke Burgis argued in CT that the reason we love the streaming show The Chosen so much is because human beings are wired for “mimesis,” or imitation. He explains that we ultimately learn to desire through imitation—rather than the other way around.

“We come to want the things that are modeled to us as desirable and valuable,” Burgis says, “not referring primarily to our basic needs—food, shelter, safety—but to the kind of metaphysical desires that people develop to be a certain kind of person.”

For Christians, the ideal person is Jesus, whose life story is narrated in the Gospels.

“We become like the things we imitate,” Burgis says. “To imitate Christ’s desires is to re-order our own—to pattern them on his.”

Imitation is part of the process through which we embrace and embody Christlikeness. More importantly, it is the nature of sanctification—the working out of our salvation—to increasingly reflect the label christian, or “little Christ,” over the course of our lives.

So how can we recover a holistic biblical vision of imitating Jesus, particularly in an era when Christians are deeply divided over differences in theological emphasis and expression? This Holy Week, leading up to Easter—as we celebrate Christ’s life, death, resurrection, and ascension—seems like a perfect opportunity to revive this discussion.

The Bible proposes a radical notion that human beings can and should be like God. We are created in the “image of God” (Gen. 1:27) and called to “be imitators of God” (Eph. 5:1, ESV).

In the Garden, Adam and Eve were offered a fruit that would make them divine. The Hebrew word is not “You will be like God,” but plural: “You will be gods.” They soon succumbed to that temptation, reaching out to grasp Satan’s offer of divinity, which promised them the wisdom and agency of an almighty God, accountable only to oneself.

There’s an African proverb: “Never develop an appetite for the fruit of a tree you cannot climb.” Yet that is exactly what Adam and Eve did. They gave in to the desire to escape their human limitations and become gods on earth. The problem was, they didn’t know the first thing about what it meant to live or behave like the God who had created them.

Generation after generation, the human race passed on this cursed appetite for divinity. We continued to build towers ascending to the heavens and fall for other foolhardy schemes and deceptive offers to escape the human condition we were born into.

Science and technology have found incredible ways to improve our quality of life. But there is also a growing trend toward transhumanism in everything from antiaging potions to artificial intelligence; there’s a multitude of modern methods to pursue omniscience, omnipotence, and omnipresence, among other things.

And while these are essential attributes of God’s nature, they are not divine traits human beings were created to image or called to imitate. Moreover, our pursuit of self-deification deceives us into thinking we can somehow escape our humanity.

God did the opposite. Already possessing the invulnerability of divinity, Jesus fully embraced the status of humanity; not just for a lifetime, but for all time. The Incarnation has been likened to a great or wondrous exchange, wherein God became human in Christ so that we might become like God—but in the opposite way of Adam and Eve.

“Because in Adam we mounted up towards equality with God, he descended to be like us, to bring us back to knowledge of himself,” Martin Luther wrote. And “through the regime of his humanity and his flesh, in which we live by faith, he makes us of the same form as himself.”

Imitating Jesus and imaging the Father go hand in hand, since Jesus alone embodies the divine essence of God perfectly and completely. All other human beings are born into the world bearing a dim and distorted likeness due to our fallen and sinful state.

When one of his disciples asked, “Lord, show us the Father and that will be enough for us,” Jesus replied, “Anyone who has seen me has seen the Father” (John 14:8–9). Or as T. F. Torrance said, “There is thus no God behind the back of Jesus Christ, but only this God whose face we see in the face of the Lord Jesus.”

That is, he continues, “there is only the one God who has revealed himself in Jesus Christ in such a way that there is perfect consistency and fidelity between what he reveals of the Father and what the Father is in his unchangeable reality.”

Put a different way, as the former Archbishop of Canterbury Michael Ramsey said, “God is Christlike and in him is no un-Christlikeness at all.”

This means that by imitating Christ, we are reflecting the perfect and complete imago Dei.

In following Jesus’ example—which is only made possible by the power and presence of the Holy Spirit—we can be “filled with all the fullness of God” (Eph. 3:19, ESV). In lifelong sanctification, “we all, who with unveiled faces contemplate the Lord’s glory, are being transformed into his image with ever-increasing glory” (2 Cor. 3:18, emphasis added).

That word contemplate is better translated from the Greek as “beholding as in a mirror,” which emphasizes the ultimate goal of the christian faith—to look more like Jesus. Indeed, “when Christ appears, we shall be like him, for we shall see him as he is” (1 Jn 3:2); and even though “now we see only a reflection as in a mirror; then we shall see face to face” (1 Cor. 13:12).

Not only are we destined to be “conformed to the image of his Son,” (Rom. 8:29), but through him, human beings are able to “participate in the divine nature” (2 Pet. 1:4). Thus, the call to imitate Jesus speaks to something much deeper than a simple mimicry of his words or actions. It involves actual participation in the person of Christ.

We can only imitate Christ because we abide in him and he abides in the Father (John 14:20) and Christ abides in us through the indwelling of the Spirit. (Eph. 3:16–17). It is only “Christ in you” that is “the hope of glory” (Col. 1:27)—which includes sharing in his divine life, holy nature, eternal inheritance, and close relationship with the Father.

Therefore imitative participation is a kind of inhabitation, wherein the Spirit unites us with Christ and incarnates his character within us—or a process of Christification, if you will.

Scripture says the global church is the corporate embodiment of Jesus (1 Cor. 12:27), meaning that those who are in Christ are the new locus of his living presence on earth.

But even though we are already individual members of his body, we are told to behave like it—to “clothe yourselves with the Lord Jesus Christ” (Rom. 13:14), for “this is how we know we are in him: Whoever claims to live in him must live as Jesus did” (1 John 2:5–6).

Embodying the life of Christ should influence every aspect of our being and behavior, as modeled by the Trinity. Just as Jesus did “only what he sees his Father doing” (John 5:19) and the Spirit “will speak only what he hears” (16:13), we are commanded to speak “the very words of God” and to serve “with the strength God provides” (1 Pet. 4:11).

In fact, Jesus made a radical promise: “Ve

Churches in Shanghai Are Stepping Up During the Latest Lockdowns 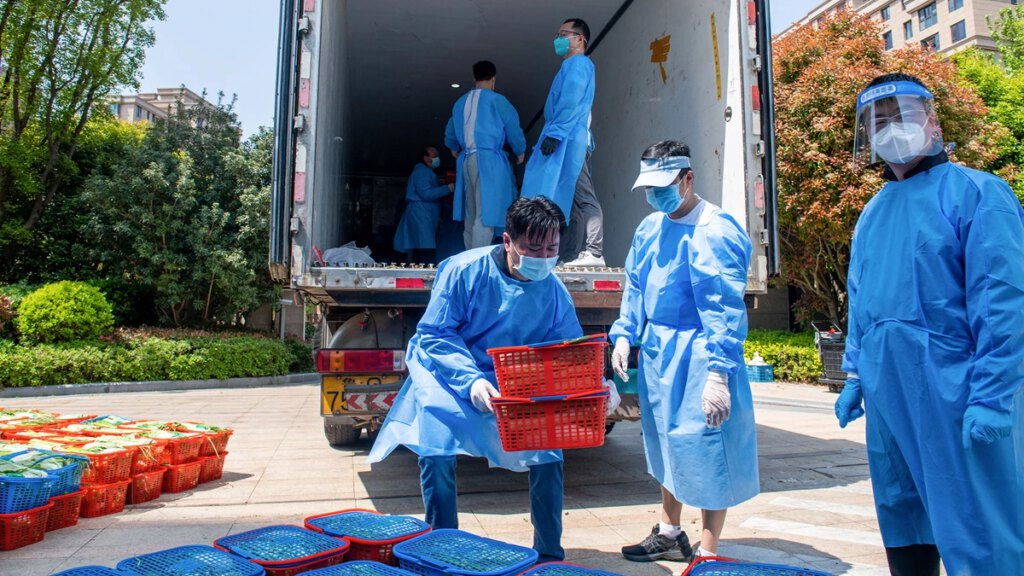 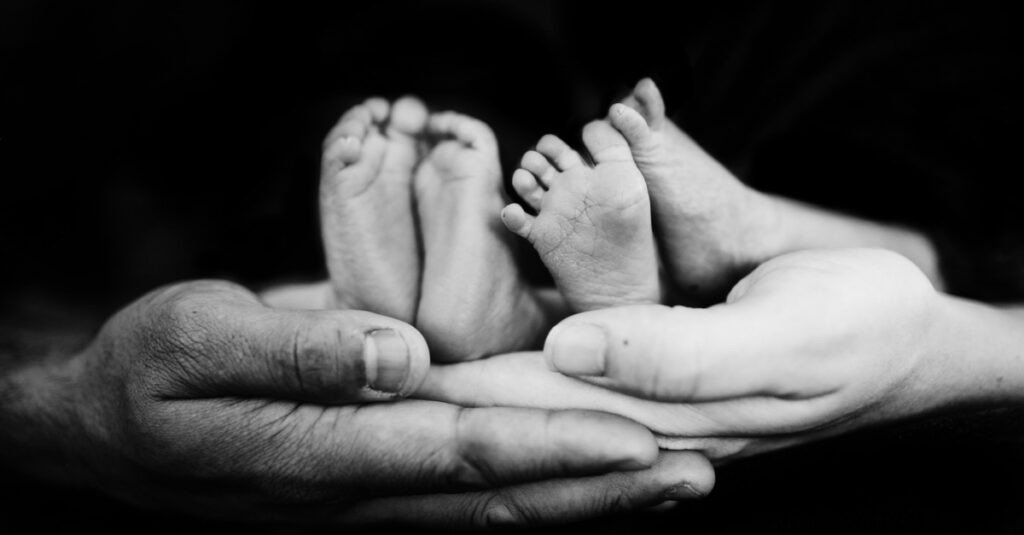