When Rev. Herman “Skip” Mason was transferred in 2019 to pastor West Mitchell Street christian Methodist Episcopal (CME) Church in downtown Atlanta from Augusta, Georgia, he never imagined that two years later he would still be looking for affordable housing in his hometown and forced to commute over 100 miles every week.

This summer, with home prices continuing to climb during the pandemic, the Atlanta native learned that Bishop T. D. Jakes, pastor of The Potter’s House in Dallas, was behind an effort to develop affordable housing at a former military base nearby.

“I’m a pastor and an educator, so I have a limit as to what I can afford,” Mason said in an interview with CT. “T. D. Jakes, come on and build your affordable housing!”

Jakes and his real estate company were approved by the McPherson Implementing Local Redevelopment Authority (Fort Mac LRA for short) to buy approximately 94.5 acres of former historic Army base Fort McPherson for a mixed-used development.

“My cultural fluency results from having grown up in a community like the Atlanta communities surrounding Fort McPherson,” said Jakes in a press release in which the pending purchase was announced. “In my travels across all of America, I see too many Black and Brown working-class people still falling victim to the continued gentrification of our neighborhoods.”

The project is one of several in Atlanta where faith leaders are investing in affordable housing for the sake of their communities. Across the country, churches with property in prime locations are turning over one block, one building, one lot at a time through movements like “Yes in God’s Backyard” in California. Atlanta-area pastor Rev. David Lewicki discusses the calling of affordable housing as a ministry.

“We are increasingly convinced that affordable housing is the foundation of beloved community,” the Presbyterian minister wrote at Faith & Leadership. “Housing is a profound and even holy good.”

In the Georgia capital, among the fastest-growing metro areas in the US, rent prices are rising faster than income levels, according to the mayor’s office. As of June, Atlanta home prices jumped 24.3 percent compared to last year and sold for a median price of $406,000.

Lewicki’s church got involved in lobbying for more inclusionary zoning policies to allow for lower-priced options in their area and began to create a land trust so they could get involved in addressing the legacy of racial and economic segregation in the city.

Other churches are doing the same with their own property. Atlanta First United Methodist Church has partnered with Evergreen Real Estate Group to develop 1.8 acres owned by the church on Peachtree Street.

“I love this city and I love the people of this city, and I knew that our church had the capacity and the resources in the land to make a huge difference in available housing in the city,” said Rev. Jasmine R. Smothers, the first Black and first female pastor of the church. “I told the leadership team and the congregation, let’s attempt something so big that without God, it is bound to fail. It’s a God-sized vision.”

The project is expected to be completed by 2023. Two towers are going up, comprised of 300 units (including three-bedroom units suitable for families). Eighty percent will be devoted to affordable housing, as defined by local median-income standards.

The development will also include the expansion of the church’s Atlanta First Day School and parking, church office renovations, and commercial retail space. The sanctuary, which dates back to 1903, will remain as it is.

A fellow UMC congregation in the metro area, College Park First United Methodist Church, announced similar plans to build an affordable housing and arts development. The Diamond @ College Park, located next to the 125-year-old church, will include a mix of affordable, market, and above-market housing, plus retail space. Church leaders made the move in the midst of the economic strain brought on by COVID-19.

Smothers says given the rates of homelessness and housing insecurity in Atlanta, “any affordable housing in Atlanta is good news.” She’s excited to hear that Jakes has committed to investing in the area too.

“We’re literally fielding phone calls every single day about rental assistance and preventing evictions, so I’m a huge proponent of any affordable housing we can build here in the city,” she said.

But others have worried about having big-name outsiders take over such a massive development, the second-largest economic project in the area after the expansion of Hartsfield-Jackson Atlanta International Airport, according to Fort Mac LRA board chairman Cassius F. Butts.

Fort McPherson is also the home base of media mogul Tyler Perry, whose Tyler Perry Studios is located on 330 acres of the property. Fort Mac LRA also approved Perry’s purchase of 37.5 more acres to build an entertainment district . According to the Atlanta Business Chronicle, Jakes’s company paid $29 million while Perry paid $8.4 million for the land.

A local coalition had initially proposed plans for the deserted Army base, but Atlanta officials made a deal with Perry instead. Community activists hope that the projects will benefit surrounding areas, which are now full of abandoned houses, broken sidewalks, and closed stores.

“It’s been a while since [Tyler Perry’s] been there, and we haven’t quite seen the transformation,” said Deborah Scott, executive director of Georgia Stand-Up, a “think and act tank” that works toward economic inclusion.

Perry “has done some great things for individuals in the community, whether it’s giving out gift cards at Christmas or paying off people’s Christmas bills at the grocery stores,” Scott said, “but what we’re looking for in this new development with T. D. Jakes and Tyler Perry still being there, and together owning more than 400 acres, is that they would be very responsible to the people who are outside of those gates.”

Scott said local leaders connected to Georgia Stand-Up are in touch with Jakes about visiting Capella Park, the 400-acre neighborhood he developed in south Dallas.

Jakes’s goal in McPherson, like with Capella, is to address racial and economy disparities and use business and development as a means for community flourishing. One of the reasons the pastor owns a real estate company in his name is because he wants to encourage property ownership as a way to build generational wealth.

In his announcement for the McPherson deal, Jakes quoted Luke 3:11 (KJV): “He answereth and saith unto them, He that hath two coats, let him impart to him that hath none; and he that hath meat, let him do likewise.”

“There is a desire for a mix of affordable and market rate living, retail options to support residents and surrounding neighborhoods with easy access to healthy food choices, restaurants, grocery, and soft goods stores,” he said in remarks to CT. “These types of businesses create jobs, allow room for local entrepreneurs, as well as national brands, and allow a ‘city within a city’ approach.”

Rev. Olu Brown pastors Impact Church, located in Atlanta but close to McPherson. “Having led a church in that area for some years now, it’s a win-win in a prime location to do what they’re doing,” he told CT. “I’m 100 percent on board with the location and the plan.”

Affordable housing and community development can seem like just business ventures—which they are—but pastors know how much these issues directly affect their congregants and stem from biblical calls for community.

“Ever since Paul, Barnabas, Simeon, Lucius and Manaen gathered in Antioch (Acts 13), the church has offered the world a vision of integrated community. Integration is the work of the Holy Spirit,” wrote David Lewicki, who copastors 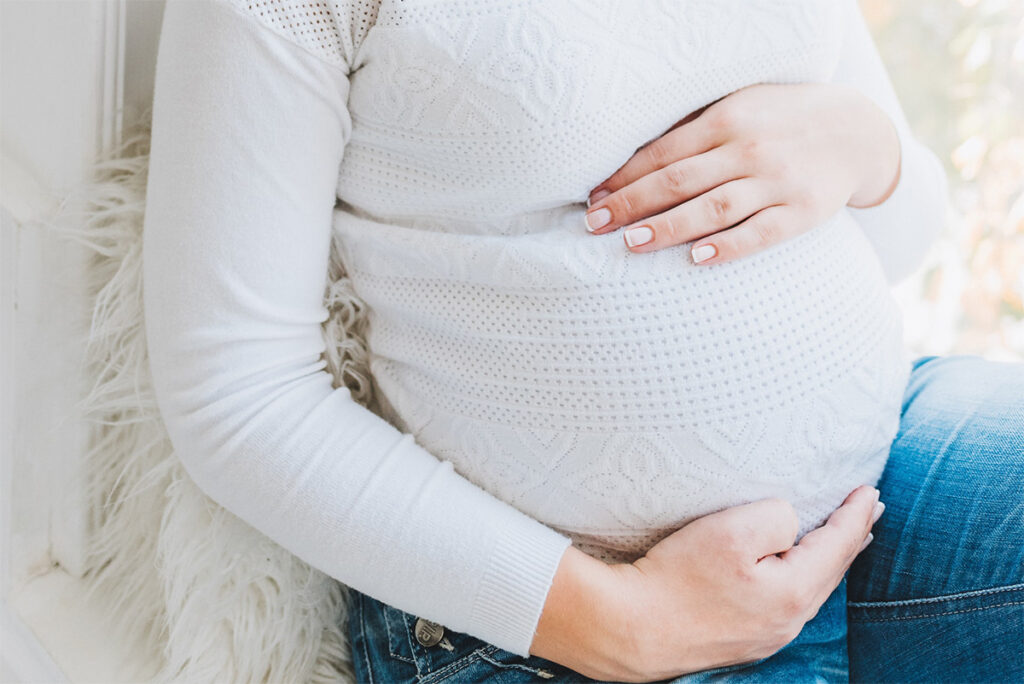 Grief Can Weigh You Down, but It Doesn’t Have to Pull You Under 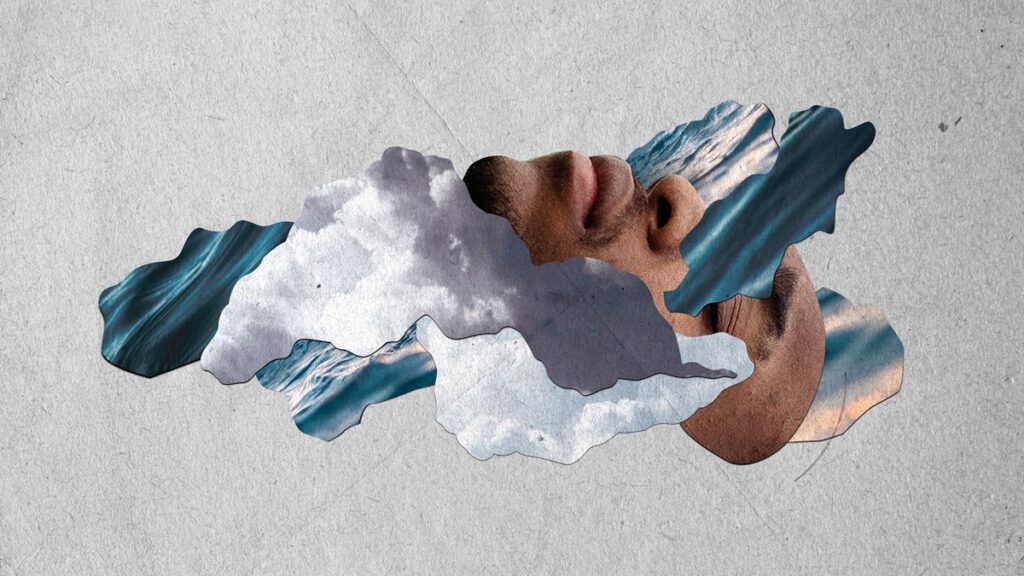