Josh Duggar was slated to stand trial this month on charges of downloading and possessing material that depicted the sexual abuse of minors. Instead, his court date has been delayed until the fall. His family’s series Counting On has been cancelled by TLC.

In the months to come, Duggar’s case will be covered as the saga of a former reality TV star, making headlines in celebrity magazines as did every courtship, wedding, pregnancy, and birth announcement from the famously fruitful Duggar brood.

But for some who come from christian circles like the Duggars’—conservative christian churches, tight-knit homeschool networks, big-family “quiverfull” movements—this case isn’t just about Josh Duggar. It represents a larger concern over how their communities teach about sexual abuse and, sadly, have missed opportunities to respond to it.

“Josh Duggar is in the position he is in because he was enabled and protected from consequences at every step by his revolting parents and their patriarchal, dehumanizing theology,” said Jacob Denhollander in a series of tweets posted after Duggar’s arrest in April of this year. Denhollander advocates for victims along with his wife, Rachael, herself an abuse survivor. But he also grew up one of 13 siblings in “the same homeschooled circles as the Duggars.”

Duggar has confessed and apologized for sex offenses he committed as a teen back in 2002–2003, and for infidelity in his marriage. He has pleaded not guilty to the charges that in 2019 he downloaded material depicting the sexual abuse of children.

His pattern of sexual abuse and misconduct has been reported on for years, but the recent case comes at a time of more attention around abuse in church. Christians are learning more about the risks of abuse, including how predators target the trusting environments they find among people of faith.

“Let’s start with the bad news. There’s too many churches in that type of [homeschooling] movement that don’t have safeguarding policies and known-sex-offender policies,” said Justin Holcomb, a theologian who studies sexual abuse. “The good news is that in more and more churches, because of the #MeToo #ChurchToo movement years ago, the conversation about sexual abuse and domestic abuse has increased.”

When news broke that the oldest 19 Kids and Counting sibling molested young girls in his home as a teen and had been unfaithful to his wife as a member of the affair site Ashley Madison, it was 2015.

It would be another year before Bill Gothard, whose Institute in Basic Life Principles shaped the Duggar family, would be sued over allegations of sexual assault and cover-up. That’s two years before the #MeToo movement took off. Three years before a major investigation uncovered hundreds of abuse allegations in independent Baptist churches, the tradition in which Duggar was raised.

While some fans and fellow church members have defended Josh Duggar—hundreds of commenters on the Duggar family website disbelieved the charges or extended their support—leaders in the homeschool community said scandals like his have been a wakeup call. They’ve drawn more attention around abuse awareness and prevention.

Holcomb, an Episcopal priest who serves on the board of GRACE (Godly Response to Abuse in the christian Environment), said he was shocked at the uptick in attention around abuse. Last spring, a christian children’s book he and his wife wrote in 2015 to help kids protect their bodies, God Made All of Me, hit a milestone: 100,000 sold. Part of the popularity came from the book being promoted among homeschooling moms.

“In the past, the popular, dangerous idea was widely accepted that homeschooling, following a certain set of rules/regulations, and withdrawing from the world would save and preserve our children and families. As homeschool hero after hero has fallen over the decades, as hidden evil after hidden evil has been brought to the light, that assumption has been proved false,” said Amy Sloan, a second-generation homeschooler who blogs on the site Humility and Doxology.

Among fellow homeschooling families, Sloan has noticed abuse being discussed more openly. Not only that, but she said there’s a desire to correct the false beliefs they held by placing their faith in popular figures or a christian lifestyle choice—none of which can be “a magic bullet to guard us from evil or abuse.”

“I see it as a theology problem. I see it as poor hermeneutics,” said Kendra Fletcher, a homeschooling mom of eight in California, who has written two books about leaving a legalistic faith community.

Fletcher also recalled how that christian community trained parents to see the outside world as a threat that could corrupt her children—that’s why they were eager to Sharpie-out references to sex or evolution in books and install porn-blocking software on their computers. But that mindset, she realized, discouraged parents from recognizing that their own children were indeed born in sin and could be the ones responsible for corrupting—or abusing—others.

Texas pastor Bart Barber made a similar point in 2015. “Josh Duggar’s public fall confronts homeschooling parents not only with someone’s bad behavior but also with some good theology that we should all take to heart,” he wrote for SBC Voices. “If your purpose for homeschooling is to protect your child from the sinful environment of the world, you’ve missed something important. Sin is not an ‘out there’ problem; it’s an ‘in here’ problem.”

The sense of security within tight-knit communities and their fear of threats from the outside can lead adults to overlook the risk of abuse. When children are sexually abused, 34 percent of the time the perpetrator is a family member, according to US Bureau of Justice statistics. Another 58 percent of the time, it’s an adult known and trusted by their families.

When abuse cases do arise among Christians, a constellation of theological attitudes can complicate the response—instinct to blame the victim, lack of understanding of consent, assumptions about masculinity and femininity, suspicions around psychology, and a desire to forgive and trust in God’s transforming work.

“Sexual-sin red flags are not just ‘maleness,’” said Lindenbach. In the case of Josh Duggar, who molested four of his sisters and one other young victim while he was 14 and 15 years old, “That was chalked up to, ‘He was a teenager. He was curious.’ A lot of cases like this start out with clear warning signs.”

One study found that the majority of adult sex offenders began molesting children when they were juveniles. But most young offenders can be reformed. Experts have identified early interventions that can help youth with abusive and problematic sexual behavior.

Holcomb has seen evangelical Christians go easy on abusive behavior, taking a “shallow understanding of sin” and believing accountability in biblical community will be enough to address the perpetrator’s problem. Such responses not only put more potential victims at risk but also keep perpetrators from fully reforming their sexual thoughts and behavior.

“If you don’t get a young sex offender holistic, therapeutic care before he’s an adult—because there’s significant psychological development taking place—it almost solidifies the recidivism,” said Holcomb, describing how sexual abuse and pornography establish pleasure pathways in the brain. “The chances that he will repeat again are through the roof. It’s nearly hopeless.”

As a teenager, Josh Duggar attended an Arkansas training program through Gothard’s Institute for Basic Life Principles after confessing to multiple instances of sexual abuse. Its approach focuses on biblical teaching and character development. His father later spoke of the abuse to a law enforcement officer, who did not report it.

After Duggar’s 2015 scandal, he lost his job at the Family Research Council and attended a faith-based treatment center called Reformers Unanimous, which views addiction as stemming from sin. The ministry does not list any professional psychologists among its staff or board members, but says it partners with local doctors.

Investigators said that Duggar had the christian accountability software Covenant Eyes on his computer, but used a password-protected network at the car dealership where he worked to bypass the program and download the illegal material in 2019.

Experts say that online material depicting child sex abuse, so-called child pornography, is far more common than people realize or want to acknowledge. A New York Times investigation found the internet is “overrun” with such material, which multiplies with the expanding access to smartphone technology. In 2018, tech companies reported over 45 million photos and videos of children being sexually abused, double that of the year before.

A father of six with a seventh child on the way, Duggar is staying with family friends ahead of his trial. He is currently barred from being around other children and must be supervised when around his own. If convicted, he faces up to 40 years in prison and will likely be kept from being alone with children again.

As with other cases of abuse, some Christians push back on the idea of holding someone’s past sins against them, since “we’re all sinners.”

“We’re very quick to talk about the heart being deceitful and depravity and sin, and yet when these situations come up, we talk about impropriety or a lapse in judgement or moral failure, which seem to take away that these are acts perpetrated on someone else,” said Palmer Williams, a legal and policy advisor for the Southern Baptist Ethics and Religious Liberty Commission (ERLC). “It’s like we completely remove 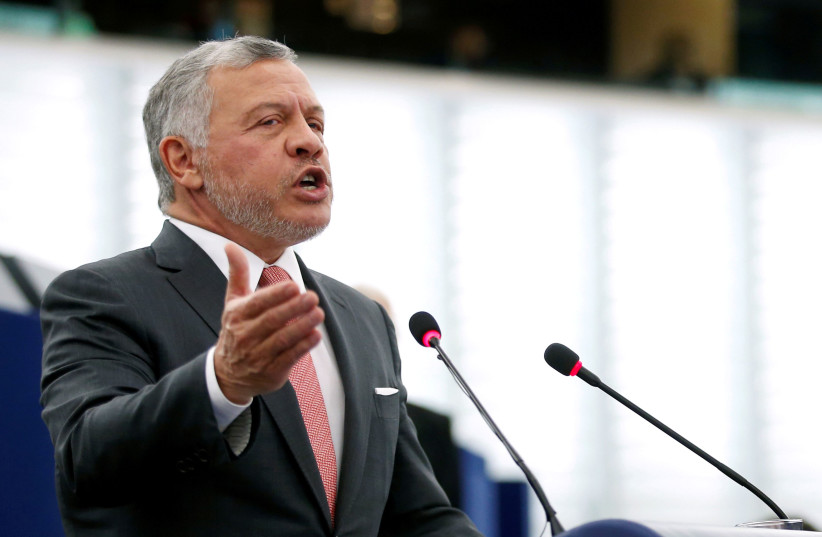 The 9 Nations Where It’s Hardest to Be a Baptist 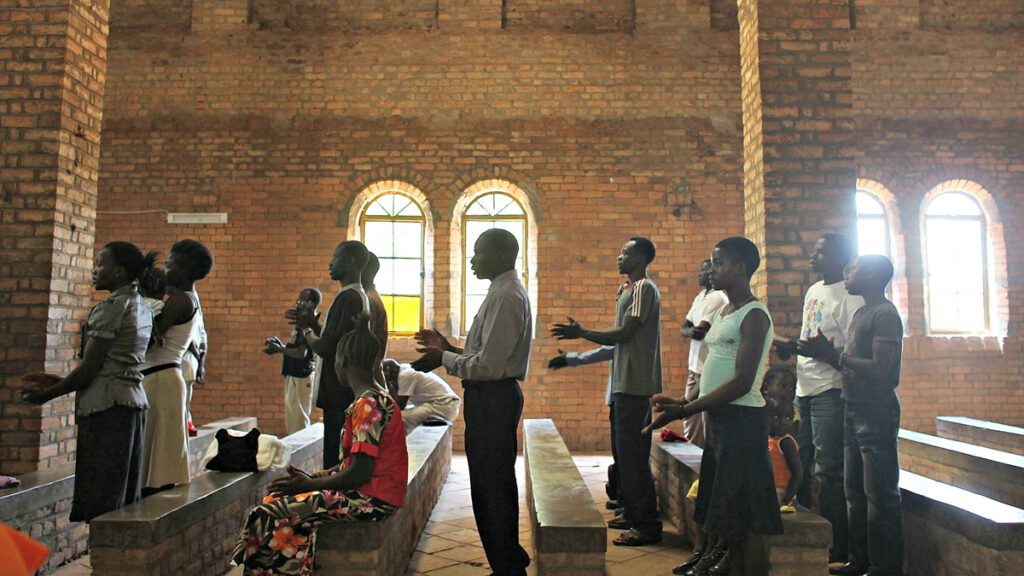