How Evangelicals Pushed Back on Biden’s Refugee Reversal

Evangelical advocates played a crucial role in holding President Joe Biden accountable to a promise to raise the limits for refugees coming to America. Publicly and privately, they pushed back on the administration’s explanation for continuing Trump-era limits for another six months, framed the change as a betrayal of a promise, and reiterated the moral argument for accepting refugees.

Within a few hours of a presidential memo on April 16 telling the State Department to keep the number of refugee admissions at 15,000 instead of raising it to the promised 62,500, White House spokeswoman Jen Psaki stated there had been “some confusion,” and the administration started to reverse course. That evening, a deputy national security advisor held an emergency conference call with advocacy groups, including World Relief, to offer assurances that the administration would welcome more refugees with haste.

“It was one of the busiest workdays I’ve ever had,” Jenny Yang, senior vice president of advocacy and policy at World Relief, wrote on Facebook. “At the end of the day, the President heard the voice of the people and changed course, stating that he is planning to raise the #refugee ceiling next month. Thanks for raising your voice. Keep it up!”

Evangelical groups helped set up the moral conflict just after noon on April 16, when the Evangelical Immigration Table, a coalition of nine prominent evangelical organizations, released a statement urging Biden to raise the ceiling on refugee resettlement immediately. Expressing “dismay and disappointment,” the letter pointed out the US was on track to accept the fewest refugees in the history of the resettlement program, which began in 1980.

“As we approach the end of the first 100 days of the new administration, policies that harm the most vulnerable remain in place. This delay is a travesty,” wrote Chris Palusky, president and CEO of Bethany. “christian churches and nonprofits that resettle refugees and reunify families are ready to answer this biblical call, but we can’t live out our mission until the administration follows through on their commitment.”

Minutes after the statement was released, news broke that Biden had sent the State Department instructions to keep the cap at the all-time low of 15,000.

In their initial explanation, White House spokespeople pointed to various limiting factors. They said, for example, that more time was needed to rebuild the resettlement infrastructure that had been gutted by the Trump Administration’s decisions and that the Office of Refugee Resettlement was overburdened by migrants claiming asylum at the US-Mexico border.

While such claims seem plausible to the general public, who are mostly unaware of how the refugee program works, evangelical advocates and others who have worked on resettlement scrambled to explain these were not valid reasons to keep the cap on refugees.

According to Yang and others, the processes for asylum seekers at the border and refugee resettlement are completely separate, with different staff and funding. Accepting more refugees could also alleviate stress at the border. Resettlement agencies are ready to work and raising the refugee ceiling is the first step in rebuilding the infrastructure necessary to welcome people in need to the land of the free and home of the brave.

Within a few hours, evangelical organizations including World Relief, the ERLC, and the NAE were invited to join other religious advocacy groups and refugee agencies in a last-minute virtual press call to hear directly from White House officials.

The call was arranged by the Office of Faith-Based and Neighborhood Partnerships, a Bush-era initiative revived by Biden, giving faith communities access to decision makers across federal agencies in the executive branch of the government. Other religious groups involved in the discussion included Church World Service, Episcopal Migration Ministries, Lutheran Immigration and Refugee Service, the Jewish-American non-profit HIAS, and the United States Conference of Catholic Bishops.

On the call, officials backtracked, blamed confusion, and announced a vague but promising update about a higher ceiling that would be set soon, perhaps in May. A follow-up meeting was arranged with representatives from the nine refugee resettlement agencies, including World Relief.

“[We] will always stand with refugees, regardless of who is president, whether he keeps his promises, or how the US government decides to respond,” said Scott Arbeiter, president of World Relief. “And we’ll always seek to convene a christian conscience on behalf of the marginalized.”

The US has not yet started accepting more refugees, though, so advocates will watch to see what happens in May. Despite the political victory, evangelical leaders are discouraged to see Biden flip-flop on the issue.

“I genuinely thought this was a personal, deep conviction that would guide him, beyond whether it became politically convenient,” said Matthew Soerens, the US director of church mobilization for World Relief, which shut eight offices under Trump.

As a senator, Biden was one of the original cosponsors of the Refugee Act, which was signed by President Jimmy Carter in 1980. As a candidate, Biden broadcast his commitment to rebuilding the program. When speaking to christian audiences, Biden pointed to his Catholic convictions in pledging to reclaim the country’s “proud legacy” by raising the number of new arrivals to 125,000, higher than the national average of 95,000.

His rhetoric was embraced by a number of faith leaders and advocacy groups who had vocally criticized Trump’s opposition to accepting refugees, accusing him of abandoning America’s moral duty to provide a safe haven for the persecuted. When Biden prioritized immigration on day one in office, refugee ministries praised his initiative.

In his first month in office, it did seem like Biden was going to follow through. He proposed accepting more refugees immediately, not waiting until October when the next year’s ceiling is set. Biden said in the next six months the US could take about 62,500 people. The number was approved by the State Department and Homeland Security and defended in Congress without significant disagreement.

Then the State Department began booking hundreds of flights for refugees who were slated to arrive after years-long processes of extensive vetting, screening, and waiting. Biden, however, didn’t sign off on the plan, which had already been set in motion, and as the delay got inexplicably longer, the State Department had to start canceling flights.

In three months of stalling, more than 700 refugees’ flights were canceled.

“I am confounded by his betrayal of a key promise to those of us who voted him into office,” Sheila Joiner, advocacy coordinator for We Welcome Refugees, told CT. “There has been a groundswell of support from the resettlement agencies that welcome refugees, the faith communities and local organizations that partner with them, and individual advocates. We are ready to put action to our words; we just need President Biden to keep his promise.”

Last month, their team began circulating a petition, which has collected close to 5,000 signatures. World Relief started another this week, which is already approaching 2,000.

According to some political reporting, Biden and his advisers were concerned about mounting attacks from conservatives accusing the Democrats of throwing open US borders and creating chaos with an apparent open invitation to come to America. Though immigration is handled separately from asylum seekers and asylum seekers are separate from the refugee program, the political professionals were reportedly less concerned about the technical issues of administration and more about the optics.

Soerens noted that the order not to increase the number of refugees accepted to the US came a week after a poll found that refugee resettlement was less popular than everything else on Biden’s immediate agenda. For decades, support for refugee resettlement was mostly bipartisan and received especially strong support from evangelicals. In recent years, the topic has become more politically divisive, and many conservatives reject the idea that America should welcome any foreigners, even those fleeing oppression.

A 2018 poll showed only a quarter of white evangelicals believe the US has a responsibility to resettle refugees. That minority of evangelicals is well organized, though, and willing to speak up loudly.

“We have to maintain a consistent witness for what’s right and for human dignity—which means it really doesn’t matter where any herd of politicians goes,” ER 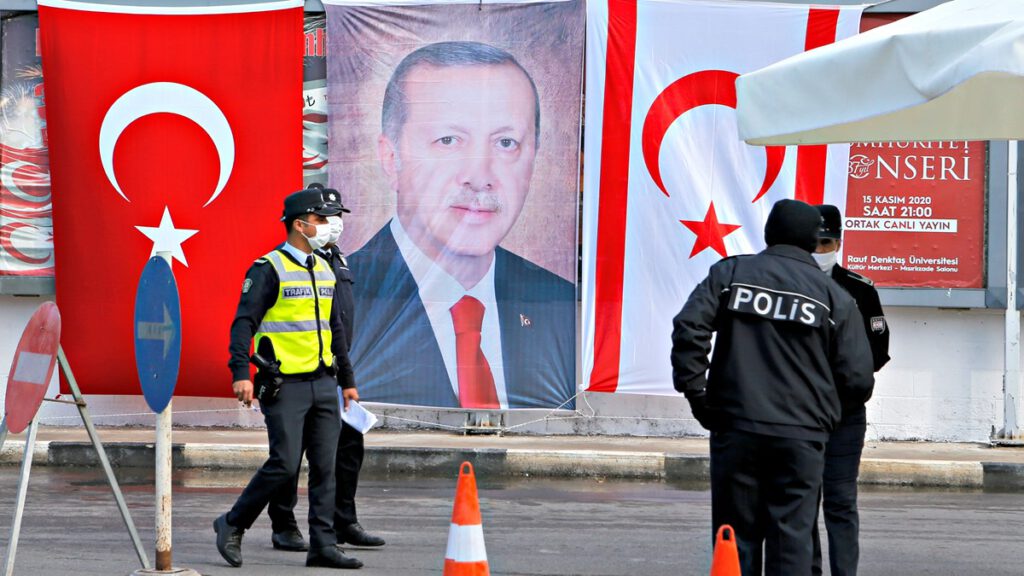 Churches Are Essential and ‘Necessary for the Health’ of the Public, New Ind. Law Says 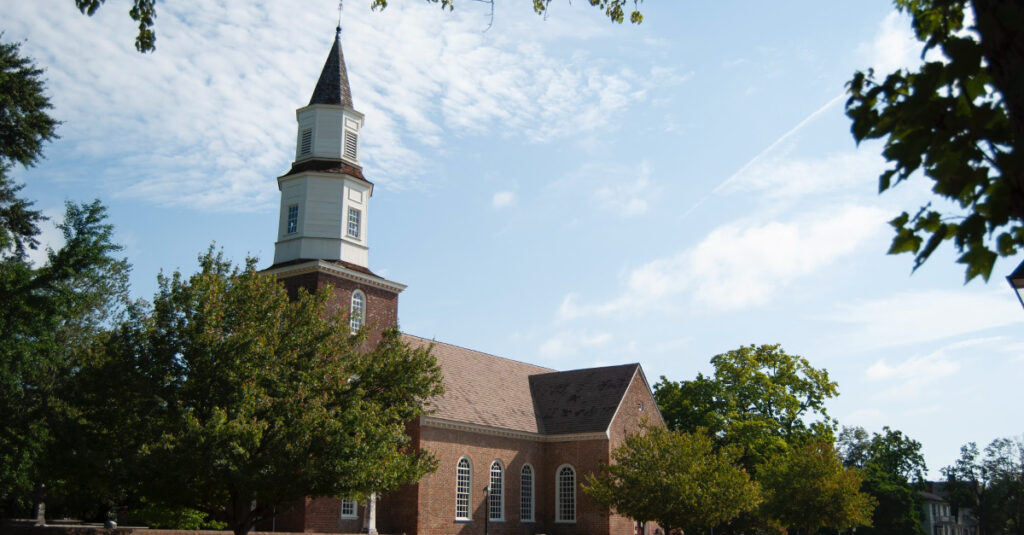