How Archaeologists Are Finding the Signatures of Bible Kings, Ancient Villains, and Maybe a Prophet

Written by The Ministry of Jesus Christ on November 30, 2021

The closest I’ve ever felt to the prophet Jeremiah was sitting at the bottom of an empty cistern. About 20 years ago, I was taken to an excavated water reservoir in Jerusalem and told this could be the actual hole in Jeremiah 38:6 where the prophet was left to starve when four government officials decided they didn’t like his messages from God.

I sat on a bench and looked up at the stone walls. Jeremiah sank into the mud, according to the biblical account.

But maybe it wasn’t at that spot. Who’s to say it was this cistern, which was dug up in 1998, and not another one that has yet to be found? Or perhaps it will never be found. I could imagine the prophet trapped in that exact place, wondering if God would rescue him, but short of finding “Jeremiah” scratched on the wall, no one could say for sure.

In the time since I was there, questions have been raised about that cistern, casting doubt on its role in the Jeremiah drama. It’s not a place people visit these days.

Archaeology can take you so close to the biblical world and still leave you wishing someone had left a signature.

When people do find signatures, it’s a very big deal. In the past few years, in fact, archaeologists have been finding a lot of the impressed clay seals that ancient Israelites used to secure the knot on the string that tied up a scroll.

In 2005, Israeli archaeologist Eilat Mazar was directing an excavation of the oldest part of Jerusalem. Her team found the imprint of a stamp, and on that clay seal was a name: Jehukal, the son of Shelemiah, one of the men who threw Jeremiah into a cistern.

Three years later, Mazar announced the discovery of another “bulla,” as the seals are called. This one also had a name: Gedaliah, son of Pashur, another official from the story in Jeremiah 38.

The two biblical villains seemed to spring to life with these discoveries. They had touched these seals, leaving their names as physical evidence to be discovered thousands of years later.

“Nothing is more exciting at an excavation than the discovery of a seal or bulla,” said Scott Stripling, director of the Archaeological Institute at The Bible Seminary in Katy, Texas. “Often, there are partial or complete fingerprints, which remind us of the human connection. These were real people.”

Clay seals are rare finds, but they’ve become more common since 2005. They are small—often just the size of a fingertip. And they’re made out of clay, basically the same stuff that archaeologists are digging up, which makes them hard to spot. In the archives of the biblical archaeology newsmagazine that I edit, Artifax, I see very few mentions of bullae from the early 1990s until 2005.

Since then, however, there have been so many discoveries of impressed clay seals that the news has become almost common. And some of the finds are so remarkable—including one with the name of King Hezekiah and another that may belong to the prophet Isaiah—that they often make my annual list of top 10 biblical archaeology discoveries for Christianity Today.

The change can be traced to the development of the archaeological technique of wet sifting.

It started with 9,000 tons of dirt, dumped unceremoniously in the Kidron Valley. Back in 1999, Muslim authorities in charge of Jerusalem’s Temple Mount decided to build a third mosque on the holy site in the underground “stables of Solomon.” They excavated an entrance and removed a massive amount of earth without archaeological supervision.

The historical evidence that could be recovered in that space is of vital interest to scholars and many Christians and Jews. But in Israel, where ancestral claims are aggresively contested, archaeology is also political.

Scholars reeled at the scale of this crime against archaeology. Some, though, also realized it was a unique opportunity. They could look through the 400 truckloads of dirt. This could be a way to get some rare insight into the Temple Mount at a safe distance from the incendiary politics.

“It has lost 90 percent of its scientific value,” Israeli archaeologist Gabriel Barkay told his colleagues. “We have 10 percent left. But that’s much more than zero percent.”

The process works like this: A bucket of dirt is dumped onto a screen held at waist level by a wooden frame. A volunteer takes a hose and sprays water, forcing the dirt through the screen and leaving small items behind: pottery, stones, bones, coins, other bits of metal, glass, mosaic tesserae, and bullae.

“We came up with the idea on the first days,” Dvira told CT, “since it was very difficult to differentiate between natural stones and potsherds. That is because the soil is full of ashy dust… which coats the objects.”

Dvira and his team soon developed a method they could teach to volunteers. Over the next 17 years, more than 170,000 volunteers dumped bucket after bucket of Temple Mount material into sieves, sprayed away dirt, and scrutinized everything left. A clay seal bears the name of Jehukal, the son of Shelemiah, one of the officials who threw Jeremiah into a cistern to die for prophesying the destruction of Jerusalem.

What they found was thousands of artifacts from the Stone Age on. More than 6,000 Jewish, Islamic, Roman, and medieval coins have been recovered.

Another important discovery: a 3,000-year-old seal from the time of King Solomon. Scholars say it may challenge the theories of archaeological minimalists who claim the Scriptures exaggerated the age and significance of the temple in Jerusalem.

“That is why archaeology is so fascinating,” Mazar told me a decade before she died in May. “It’s written in the Bible, and then we find these seal impressions. It demonstrates that this biblical story is so accurate.”

Mazar was impressed with the potential of wet sifting and started sending dirt from the excavations she supervised to TMSP. That’s where volunteers in 2004 uncovered the bullae with the names of the officials who tried to have Jeremiah killed.

“Seals and bullae have repeatedly proven to be a very significant category of evidence outside the Bible,” wrote Larry Mykytiuk, a Purdue University professor emeritus whose research focuses on the historicity of the Scripture, in an email to CT. “They are extremely valuable, because they confirm the existence and official positions of kings, high priests, and royal officials who are mentioned in the Hebrew Bible/Old Testament, and the titles in some seals and bullae show that they were in a position to do what the Bible says they did.”

Laypeople often don’t realize how few written texts have survived from biblical times. Scripture was preserved through duplication, but few of the older copies of the books of law, prophets, poetry, and history remain. Compared to the hundreds of Egyptian hieroglyphic papyri and thousands of Mesopotamian cuneiform tablets excavated in the past couple centuries, the corpus of ancient Jewish texts is miniscule.

“Seals and seal impressions are the largest part of inscribed items which we have discovered,” said Robert Deutsch, a scholar and dealer who has published information about numerous bullae in academic journals.

Deutsch has been criticized by archaeologists for buying and selling seals on the antiquities market. The trade creates incentives for looters and cover for forgers.

Deutsch counters that ignoring the many objects in private collections means banishing them to nonexistence. He argues that archaeologists benefit from knowing about them, even if they have a dubious history.

In 1997, for example, he published information in an academic journal about a seal bearing the impression of King Hezekiah. It has no known provenance and could have been forged. But in 2015, Mazar discovered an identical bulla in Jerusalem. The find would have been significant on its own, but the privately owned bulla added context.

There are so few examples of ancient Hebrew, he says, that they all have to be seen as important.

Despite the obvious value of wet sifting, its use has not become standard at excavation sites in Israel.

Stripling, who worked as a supervisor with TMSP in 2008 and 2009 and directed excavations at Khirbet el-Maqatir and Tel Shiloh, thinks the Israel Antiquities Authority should make wet sifting mandatory. He worries what archaeologists are missing when they don’t wet sift through the dirt. At Tel Shiloh, he had volunteers sift through a dump pile left by an excavation done in the 1980s. They found five scarabs, beetle-shaped amulets from Egypt.

He did the same thing at an old excavation site at Mount Ebal. Stripling found a bronze knife blade and a tablet that may have been used for ceremonial cursing. He noted that Mount Ebal is described as a mountain of cursing in Deuteronomy 27.

“Dump piles of past excavations contain a tremendous amount of material. These are the types of finds that are being thrown away by most excavations because of a failure to wet sift,” he said during a 2020 presentation at the meeting of the Near East Archaeological Society.

“Wet sifting holds the potential to revolutionize what we are finding from archaeological sites.” Volunteers sort through debris at the Temple Mount Sifting Project.

Other archaeologists working on Israeli excavations say the process shouldn’t be mandated. It’s very labor intensive and uses a lot of water. It can require a lot of volunteers, which are not available for every dig, and a lot of water, which is not available in the desert. Some say the method is best used with discretion.

Robert Mullins, chair of the Department of Biblical and Religious Studies at Azusa Pacific University, says he uses wet sifting when it’s critical for interpreting a site. At the dig he directs at Abel Beth Maacah in northern Israel, the team wet sifted the dirt from a storeroom containing dozens of 2,800-year-old jars. That way they found anything that had been left inside the jars or on the floor.

Daniel Master, who is currently directing excavation in the Jezreel Valley, said it’s a matter of knowing “the right method for the right context.”

“I tend to think that using one particular method as a proxy for ‘good’ excavation is entirely missing the point,” he said. “An archaeologist, like any researcher, needs a repertoire of techniques and tools and needs to know when to use each one of them.”

But every archaeologist knows stories of discoveries made not by expertise but by chance, accident, or beginner’s luck. Jimmy Hardin, codirector of the excavation of a small site called Khirbet Summeily at the northern edge of the Negev Desert, remembers several years ago when some volunteers found eight or nine clay seals. They weren’t wet sifting, and the bullae looked just like the dirt around them, but the sharp-eyed stud 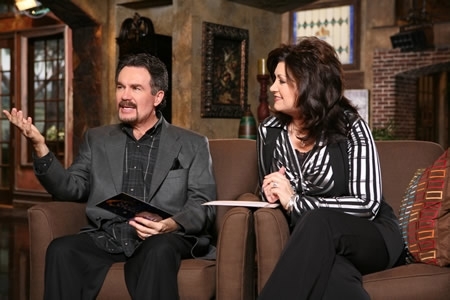 Most Pastors Say 2021 Giving Is on Track 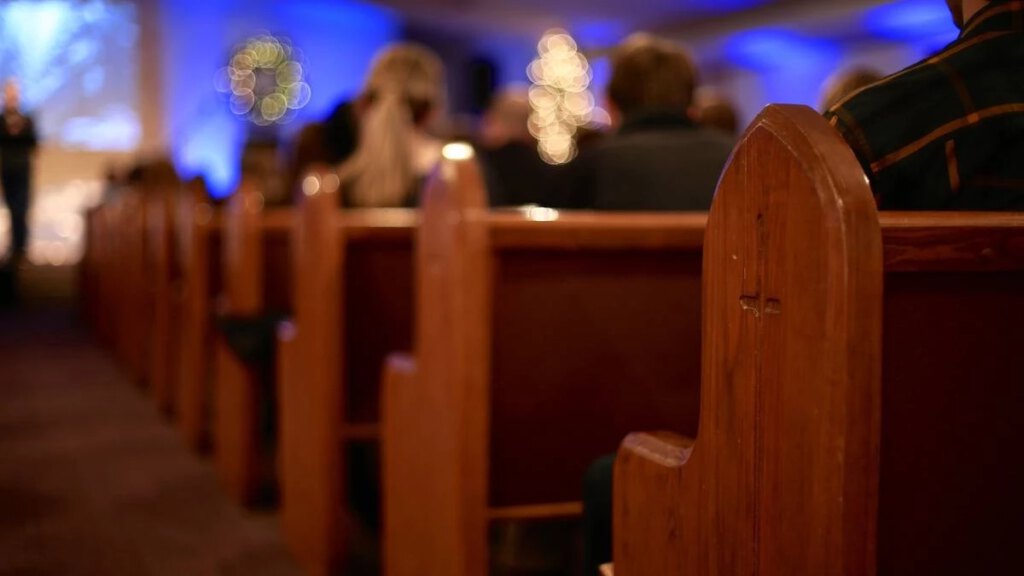