Israel’s hospitals began turning away coronavirus patients and shutting down internal medicine wards on Monday as the number of serious patients spiked.

The coronavirus cabinet is expected to meet on Tuesday to outline a list of new restrictions that could be implemented immediately after the Yom Kippur fast next week.

Both Samson  Assuta Ashdod University Hospital and Shaare Zedek Medical Center in Jerusalem reported that they could accommodate no more coronavirus cases, on the same day that Health Ministry director-general Chezy Levy called on hospitals to cease offering elective surgery and other services in order to better focus on COVID-19.

“This is urgent,” he said in a letter to the hospital CEOs. “I expect everyone to act with personal responsibility and determination.”

At the same time, the IDF announced that it would open a 200-bed field hospital to help accommodate patient overflow.

The letter and the announcement about the hospital came as the cabinet met Monday to discuss the next steps in the fight against coronavirus. Prime Minister Benjamin Netanyahu and Health Minister Yuli Edelstein are pushing to step up restrictions immediately following the Yom Kippur fast day next Monday, which could include shuttering synagogues and requiring prayer goers to gather outside. This could also include stricter restrictions on private businesses and further restricting demonstrations.

The coronavirus cabinet will meet on Tuesday to debate possible directives.

“Since we made the decision about the lockdown, there has been a consistent rise in the number of serious patients. Therefore tomorrow at the coronavirus cabinet meeting, we will consider further steps,’’ Netanyahu said at the cabinet meeting. “Anyone that violated the directives or worse than that – or any MK who pushed for looser restrictions – should not ask afterwards why the infection rate is rising and should not now come with complaints. The reason for the infection rate is gatherings and people not wearing masks.”

His letter came as Assuta’s spokesperson disseminated a message that “Assuta Ashdod Hospital is at maximum occupancy. The situation is clear and the Health Ministry and Magen David Adom are aware. Verified patients who arrive at the hospital will be transferred to another facility.” Shaare Zedek issued the same message.

In the Galilee, director-general of Galilee Medical Center in Nahariya, Dr. Masad Barhoum, announced that his hospital would open a fourth coronavirus ward by Tuesday at the expense of an internal medicine ward.

“This is the second internal medicine ward that is becoming a coronavirus ward,” Barhoum said. “We will have to use anesthetics as part of a [coronavirus] team to treat serious patients, so we will have no choice but to postpone elective surgery.”

At the time of Barhoum’s statement on Monday, some 89 patients were hospitalized in the Galilee Medical Center, nearly 50 of whom are in serious condition, including 14 who are intubated.

On Monday, the Health Ministry reported that 2,567 new cases were diagnosed on the second day of the Rosh Hashanah holiday, as well as another 1,653 between midnight and press time on Monday. However, only around 24,000 people were screened on Sunday, meaning that roughly 10.5% of them tested positive for the virus.

There are more than 1,300 people being treated in the country’s hospitals, including some 653 who are in serious condition.

The country shut down beginning on Rosh Hashanah for what is expected to be a three-week closure. However, as many health experts have pointed out, the closure has a lot of flexibility of movement for citizens and is not expected to reduce morbidity very fast.

Coronavirus commissioner Prof. Ronni Gamzu said last week that this type of lockdown could only be expected to reduce morbidity to around 3,000 patients per day at the end of three weeks. He warned in an interview on Channel 12 Sunday night that within a week, the country could see 800 patients in serious condition.

On Tuesday, Levy said in an interview with Channel 12 that if Israel sees 900 serious cases, then the hospitals may not be able to provide optimal care. He added that in places where people are “defiant, we need to step up restrictions.”

Netanyahu said that a decision will be made on Tuesday regarding hospitals as well.

DURING THE first wave of COVID-19 cases, hospitals were also asked to cease all non-essential medical services, and many people who required treatment for diseases like cancer, cardiovascular disease and diabetes did not receive the health services and medicines they needed.

“When diagnoses are not made, treatments start later and people present [themselves at the hospital] with more severe diseases,” Arnon Afek, deputy director-general of Sheba Medical Center, Tel Hashomer, said in a previous interview. “The result is that patients will be sicker when they come in for care and [there will be] more deaths.”

Despite the spike in patients, much of the public continues to break Health Ministry regulations. On Monday, N12 visited a neighborhood in Bnei Brak where a Talmud Torah religious school was open despite instructions that the education system remain closed.

In addition, media reports and social media showed that several businesses across the country opened despite fines of up to NIS 5,000 and against Health Ministry rules.

Gamzu spoke to Israel Radio on Monday morning, calling on the public to stop gathering.

“All the people who gather and look for loopholes – you have to understand, and I really trust the Israelis – this is our test at the moment,” he said. “This does not suit us, this is not [how] our country [acts]. The people need to wake up.”

He also lashed out at protesters, who continue to gather in large groups, many without masks.

“We need to understand that we are in an emergency – this is a war,” he said. ““We [may end] this week with 800 critically ill patients, and that requires a change in the behavior of all of us.”

When asked if the demonstrations could be a corona incubator, Gamzu answered that “it can be. Any gathering can be contagious – it doesn’t matter what kind of gathering.”

He said that “people from another sector see a demonstration and tell themselves that people can be gathered in a similar way anywhere else in the country… When we take 1,000 people, there is a good chance that there is a corona patient among the demonstrators,” he added.

“We currently need to focus on one goal: reducing morbidity,” he stressed. “There will be time for demonstrations afterwards.”

Regev asked why the Israel Police did not enforce Health Ministry regulations and stop protestors for carrying out a Rosh Hashanah meal on Balfour Street, outside the prime minister’s residence. “Did the police suddenly forget how to enforce or did the attorney-general not permit it?” Regev asked.

Mandelblit acknowledged that “there is difficulty enforcing capsules at protests.” 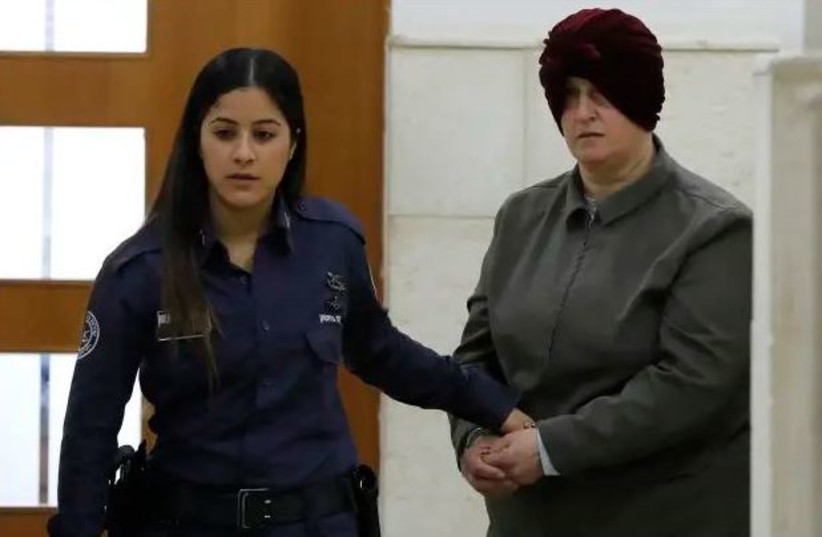