History in the making: How Bennett and Lapid’s brotherly bond began

You never know when you’re going to start a revolution.

On August 28, 2012, I covered a debate of candidates for the chairmanship of the Bayit Yehudi Party at the Jerusalem College of Technology, in which Prime Minister Benjamin Netanyahu’s former chief of staff Naftali Bennett faced off against then-MKs Daniel Hershkowitz and Zevulun Orlev.

Afterward, I spoke to Bennett for an hour outside on a bench at the college on that cool Jerusalem evening. While I asked most of the questions, he asked me if I had met with former anchorman Yair Lapid, who had entered politics three weeks earlier.

When I told him that I had a long meeting with Lapid at his Tel Aviv home in a room full of sports memorabilia and a shrine to Lapid’s idol, boxer Mohammad Ali, Bennett asked me questions about my impressions of him. At the conclusion of our conversation, Bennett asked me for Lapid’s phone number, which I gave him, unaware it would lead to history being made.

Bennett won the primary to head Bayit Yehudi, and Lapid formed his Yesh Atid Party. Both parties did well in the 2013 election. When Netanyahu formed the government, he first intended to leave out Bennett and then Lapid.

But Bennett and Lapid, who grew close since Bennett first called him, made a political pact to not join the government without the other. That forced Netanyahu to include both of them, at the expense of Shas and United Torah Judaism.

The brotherly bond between Bennett and Lapid irked Netanyahu throughout that government and led to him initiating early elections after two years.

Since then, the partnership has had its ups and downs. But they both said they never lied to each other and that they kept up a relationship of trust.

Bennett felt he could not trust Netanyahu to carry out a rotation as prime minister, but he could trust Lapid and work well with him.

Who knows? Maybe, the trust that began with Bennett receiving Lapid’s phone number that night is the basis for the new government of Lapid and Bennett that is set to be sworn in on Sunday night. 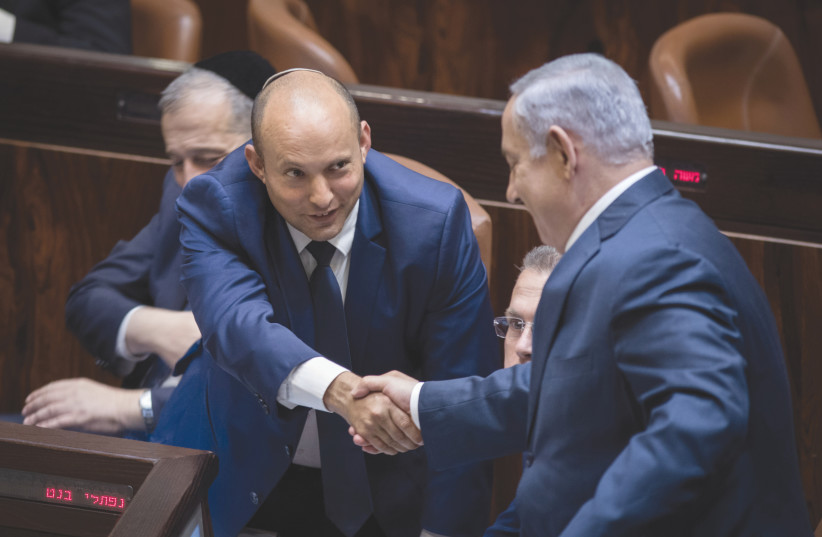