Has Judaism become too easy? – opinion

Written by The Ministry of Jesus Christ on November 19, 2022

A few years ago, an Orthodox woman penned a New York Times article advocating the virtues of Shabbat observance to a general, non-Jewish public.

The author portrayed Shabbat as a 24-hour oasis of serenity within our noisy and boisterous modern world. Shabbat provides down time to reconnect with our inner self, our families and our community. Unplugging from a wired and hyper-stimulated culture preserves our sanity and our emotional well-being.

Portraying Shabbat as a solution to the maladies of modernity allows even a non-Jewish audience to appreciate its beauty.

Though the author was portraying the Shabbat experience, she could just as easily have been describing many other aspects of religion. Thankfully, religion and religious practice have become easier and more comfortable than in the past. On a practical level, it has never been easier to practice religion. But even more significantly, we have framed religion as an experience that benefits us and improves our lives. We embrace religion because it delivers meaning and purpose to our lives and because it imbues us with values and vision. We endorse religion and pitch it to others because it crafts the best version of ourselves.

There is a different way to view religion. When Abraham dispatches his servant to secure a wife for Isaac, he requests from him an oath to faithfully execute the mission. To convey his seriousness, Abraham places his servant’s hand upon his leg near the area of his brit milah. At the brittle age of 99, Abraham had submitted to an extremely painful surgery without the benefits of anesthesia. By placing his servant’s hand close to his scar, Abraham associates the oath and the mission with his painful suffering.

His milah was painful, but it was also transformative and foundational to his identity. Anchoring the oath to this arduous experience lent gravitas to the oath and urgency to the mission.

A parallel scene unfolded 1,800 years later involving Rabbi Akiva, one of the greatest Talmudic scholars. Born into ignorance, he spent the first 40 years of his life as an illiterate peasant. One day he passed a waterway and witnessed the rushing water sculpting surrounding stones. Surprised that soft water could mold solid stone, he extrapolated that Torah study and religious observance, which are each extremely demanding, would powerfully forge his identity.

He didn’t flinch in the face of religious challenge but embraced it, knowing that the impact of an experience is always directly related to the degree of difficulty and hardship. The more we strain and struggle in religion, the more deeply it shapes our identity.

Abraham and Rabbi Akiva didn’t view religion as beneficial or enjoyable but as challenging and demanding. As my revered teacher Rabbi Aharon Lichtenstein put it, “Religion demands having shoulders strong enough to bear the weight of religion without being crushed by it.” Religion is meant to be pleasant and agreeable but also heavy and burdensome. It is crucial to delicately calibrate these opposing perspectives of religion. If too easy, religion becomes superficial and doesn’t touch our souls. If too heavy, religion suffocates life and crushes our spirit.

How did we get to the point that we predominantly view religion as easy and beneficial rather than as a strenuous challenge to serve a higher being? How did religion become soft, less heavy and, by extension, less transformative?

A world of comfort

Religion has been adapted to our modern world of convenience. Science, technology and capitalism have all improved our living conditions, vastly upgrading our quality of life. Life used to be difficult, but it has become significantly more comfortable and enjoyable. Without adapting our attitude about religion, it may have become completely severed from our reality. By altering our perspective and even our religious language, we preserved its relevance, but we also emulsified religion, smoothing out its rough edges and eliminating any prickly thorns. This transformation of religion may have been necessary to update it to our new world of comfort. But, like every adaptation, it carried steep and unforeseen costs.

Shabbat observance is a perfect example of how religion has become more “silky,” based on the general improvements in our quality of life. Previous generations endured austere Shabbat experiences with limited physical pleasure. Their Shabbat home environment was cold and dark, their food was cold, and their mobility was limited. Due to electricity, modern heating, Shabbat clocks and ubiquitous eruvin, our Shabbat experience has become luxurious, with almost no drop-off from our general weekday routine. Shabbat is a perfect example of how religious practice has become more comfortable, matching the staggering improvements in our quality of life.

The improvements to Shabbat are obviously positive and necessary developments, but they threaten the spiritual flavor and tone of Shabbat. Shabbat is more than just family time and more than just a day to relax, play board games and reconnect over coffee. It is a day to shut down and recall Creation, the Exodus and the Jewish covenant. Without actual shutdown, it is difficult to latch on to those large and seminal ideas.

Moving from the Holocaust

Additionally, there is a historical element behind this shift in how we frame religion. Two major Jewish historical events of the 20th century contributed to this reconfiguration of religion.

The post-Holocaust world was a gloomy world of death and darkness. In the aftermath of this apocalypse, God appeared very distant and very imposing. Many were left with lingering questions about a God who could allow mass genocide against His chosen people. Many who couldn’t relate to this frightening God left religion entirely. For those who remained, religious life felt heavy and imposing. The popular Yiddish phrase “shver zu zein a yid” (“it is difficult to be a Jew”) captured the pervasive impression that religion was overbearing. Judaism was in dire need of an attitudinal overhaul.

Gradually, a younger and more religiously confident generation, which hadn’t suffered the agony of the Holocaust, began to define God in more welcoming and cheery terms. He was no longer seen as austere and forbidding but as user-friendly and loving. The emotional core of religion shifted from fear and trembling to joy and celebration. God became less intimidating, less demanding, and more accommodating and helpful. God went from being our Father in heaven to being our Grandfather in heaven. No one is afraid of their grandfather.

This shift was absolutely necessary to restore faith and rebuild religious experience in the wake of the Holocaust, but it created a lopsided view of God and an imbalanced attitude toward religion. Religion has become a platform of opportunity rather than a regimen of expectation and duty.

The sun shines in Israel

Our return to the modern State of Israel has also reworked our image of God. The tables of history have turned and, for the first time in thousands of years, we sense that God is smiling upon us rather than hiding from us. Living through euphoric miracles, we can’t help but feel that we are partnering with God in crafting modern history. This sense of partnership has bred optimism, lending a cheery confidence to religion. Eighty years after the Holocaust and seventy-five years into statehood, religion is broadcast in a very different frequency. The sun has risen above Jewish history, and its bright rays have made religion glow.

All these developments are fortunate and have fastened religion to our ever-changing world. These changes have made religion more vibrant, more joyful, and more popular than ever.

However, we mustn’t let the overall balance go awry. Judaism isn’t just bagels and lox and lovely family gatherings. It is a stretch to reach heaven, a thrust to encounter the Other and journey beyond our world. In our efforts to affix religion to our new world, we must not ground it and eliminate its struggle, its power, or its glory. 

The writer is a rabbi at Yeshivat Har Etzion/Gush, a hesder yeshiva. He has smicha and a BA in computer science from Yeshiva University, as well as a master’s degree in English literature from the City University of New York.

On Abraham – the Bible’s most interesting character 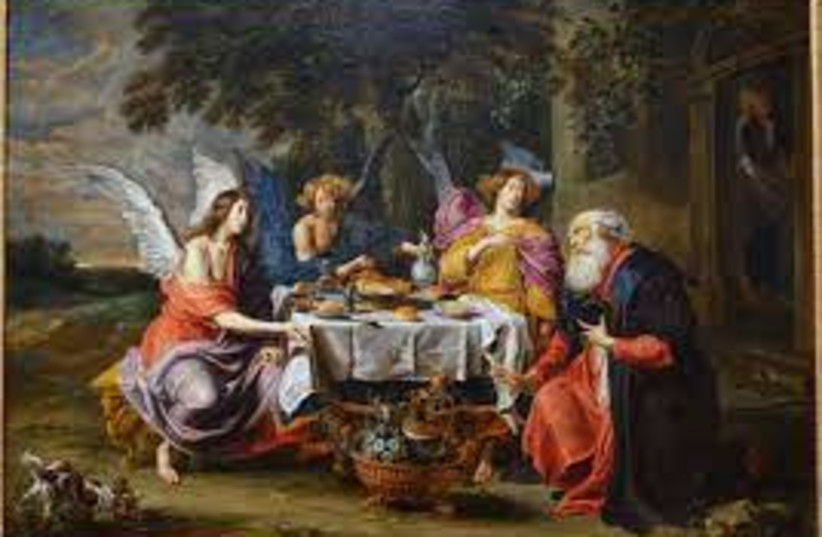 Candace Cameron Bure Has a New Home for the Holidays 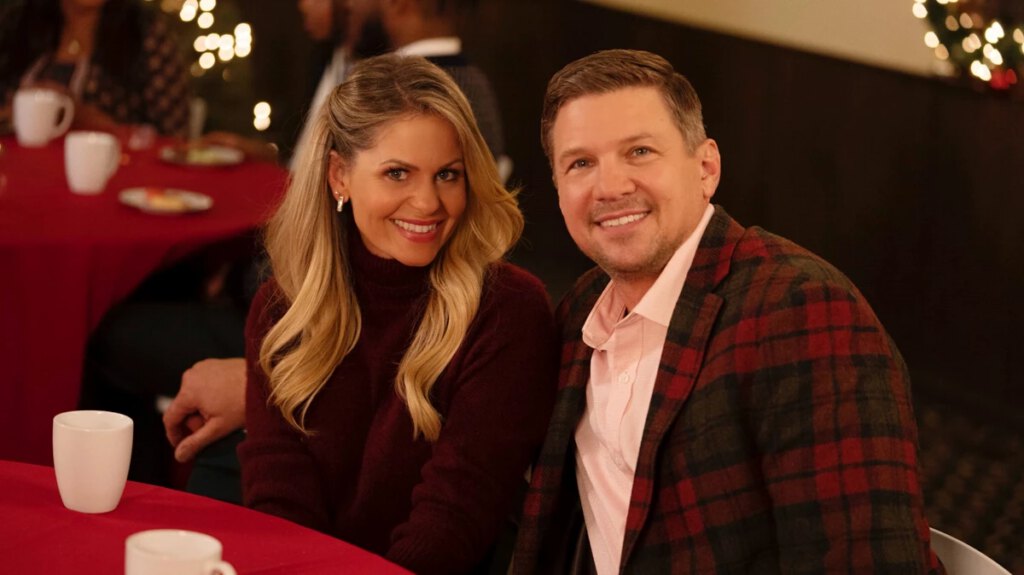