The government passed a resolution to establish a state committee of inquiry into the Meron disaster, in which 45 men and boys died in a mass crush on Mount Meron on the Lag Ba’Omer holiday in April.

The last government refused to establish such a committee despite the wishes of the families of the victims to do so, and forming an investigative panel independent from political interference was a promise made by several parties following the disaster.

Prime Minister Naftali Bennett said during Sunday’s cabinet meeting that the government had a responsibility to learn lessons from the Meron tragedy, Israel’s most deadly civilian disaster, while the families of the victims welcomed the establishment of the new committee.

On April 30, 45 mostly haredi (ultra-Orthodox) men and boys died in a mass crush on Mount Meron, the site of the tomb of Talmudic sage Shimon Bar Yohai, where tens of thousands of pilgrims had gathered for the annual Lag Ba’Omer celebration.

According to the government resolution establishing the investigative panel, the committee of inquiry will investigate the sequence of events at Mount Meron on the night of the disaster and “establish findings and conclusions regarding all aspects of the incident, including how decisions were made that led to the event being approved, the formation of the program that was approved and its conditions, and pose a series of professional and legal questions pertaining to the safety of mass events including religious events and the sites used by the public to hold them, including and especially places used for mass-participant events.”

The committee will be given NIS 6 million to carry out the investigation.

“Forty-five people lost their lives in the terrible disaster, and we have a responsibility to learn the lessons and prevent the next disaster,” Bennett said at the cabinet meeting. “The committee will not be able to bring back to life those who are no longer with us, but the government can do everything to prevent unnecessary loss of life in the future.”

Bennett added that the government will do everything it can for pilgrims and worshipers who visit the site “so that the tradition of celebrations on Lag Ba’Omer, and all the year round, will continue,” noting that those who worship at the site come from the entire spectrum of the Jewish people.

“Ensuring their security is the role of the government and that is how it will be done,” added Bennett.

The Forum of Families of Meron Victims welcomed what it called “an important decision that will ensure the prevention of the next disaster,” one that would allow the families to concentrate on memorializing their loved ones instead of dealing with the failures themselves.

“This is a very important decision,” said the forum in a statement to the media. “Although it will not bring back our most beloved ones, at least we will be able to ensure the prevention of another disaster. This decision should have been made the week after the disaster, and it is sad that we had to fight for it ourselves,” alluding to the last government that refused to establish a state committee of enquiry.

“We all hope that the lessons will be learned, and that in the near future they will begin correcting the shortcomings in preparation for next year’s Lag Ba’Omer celebrations.”

Yisrael Diskind, whose brother Simcha Bunim died in the tragedy, said the decision to create the committee of inquiry was a relief for the families, and that having had to push and urge for the investigation to be established had made it more difficult to tackle the emotional challenges of the tragedy.

Diskin said the decision would now allow them to focus on channeling their energy positively into initiatives to commemorate the victims of the disaster, instead of battling government bureaucracies and lobbying politicians.

“When a car accident happens, you don’t need to do anything apart from informing the police, and then the police begins the investigation,” said Diskind. “With us, nothing happened, it was as if no one cared about those who died. Now that this committee has finally been established, we can invest our time and energy in positive things, in spreading the light that each of those killed had.”

The haredi political parties Shas and United Torah Judaism have resisted the establishment of a state committee of inquiry. MKs from those parties issued messages of opposition right up until Sunday’s vote, and protested the formation of the panel after the vote passed.

Diskind was strongly critical of their stance, describing those comments and efforts as “sad” and difficult to understand.

“The Torah commands to greatly protect one’s life, and I expect that MKs who declare themselves to be representatives of the Torah to lift up the cry of anguish and demand an investigative committee,” he said.

The haredi MKs have expressed specific opposition to the head of a state committee of inquiry being a civil judge, who they say should not have authority over holy sites and would not be able to show appropriate sensitivity to the haredi families who lost loved ones in the tragedy.

“They say they don’t want this committee because they don’t trust judges, but if you don’t trust judges then you can just close things up here, because as the Mishna says ‘pray for the welfare of the government, for were it not for the fear it inspires, every man would swallow his neighbor alive’,” said Diskind. “To say that courts are not acceptable to you is an outrageous and painful statement.”

State commissions of inquiry are headed by a judge who appoints the other members of the panel, and are independent of all governmental influence from the moment they are appointed.

Mount Meron suffers from deficient and unsuitable infrastructure, with past government, police and media reports having determined that it must be overhauled to avoid a disaster.

The crush at Meron occurred on April 30, following the end of a major ceremony on Lag Ba’Omer night, when thousands of men exited a central plaza via a narrow metal walkway with a significant downward slope ending with a 90 degree bend and a flight of steps.

The crush took place on that walkway as thousands of haredi men and boys found themselves compressed into this tiny space, as more pilgrims filed into the walkway from the rear, unaware of what was happening further down and trapping those already inside.

The complex of Rabbi Shimon Bar Yochai’s grave at Meron is old, small, decrepit, makeshift, and in no way fit for the 200,000 to 300,000 pilgrims who flock to the site every year on Lag Ba’Omer.

Previous efforts to address concerns raised by state authorities and the police have failed due to the highly complex and tangled legal situation regarding ownership of the land and infrastructure at the site, and intense legal opposition of their owners to any changes.

MK Meir Porush of the haredi UTJ party criticized the establishment of the committee, saying, “In our current situation, there is no doubt that the government does not seek a real solution for the haredim and therefore this decision on Meron doesn’t come to benefit the haredi community. Time will tell what damage this committee will produce for the organized haredi community here in Israel.”

Jabbed tourists, children 0-6, to be allowed in Israel from July 1 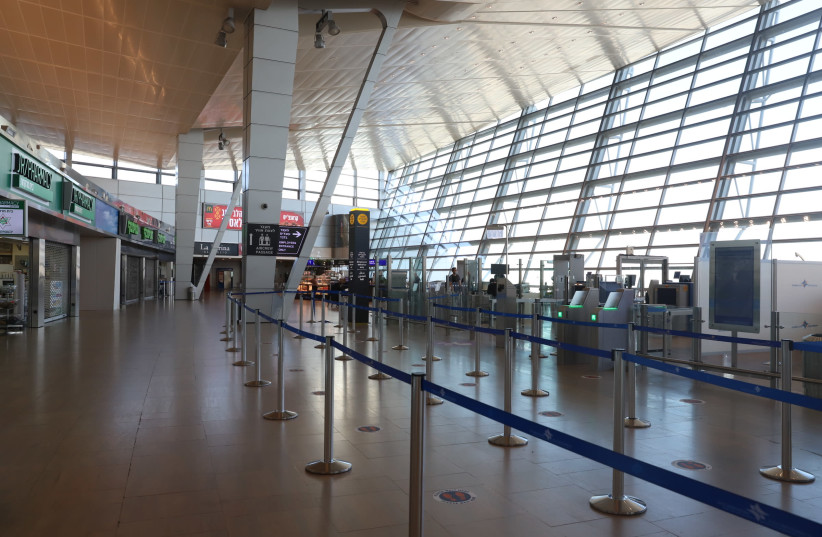