Written by The Ministry of Jesus Christ on October 15, 2020

High Court of Justice prepares for hearing on whether Prime Minister Benjamin Netanyahu can form the next government, May 3, 2020

“The subject of the submarines is serious, it deserves to be investigated,” said Gantz.

The defense minister stated that the formation of an investigative committee is “definitely a step” he may take.

The Likud Party responded with outrage to Gantz’s comments, saying that “Blue and White continues to establish a government within the government and recycle the Submarine Affair.”

“Everyone knows that the submarine affair was scanned with iron combs by all law enforcement agencies, even those known for their hostility to Prime Minister Netanyahu, that even they were forced to state that the allegations were nothing and a half,” said the Likud. “It’s time for Gantz to work for the citizens and not for the polls.”

A Likud spokesman posted on social media a video of Gantz saying four months ago that he was satisfied with the attorney-general’s decision to not probe the matter.

The High Court of Justice on Thursday is due to hear a petition requesting that it compel Attorney-General Avichai Mandelblit to reverse his decision that Prime Minister Benjamin Netanyahu would not be treated as a suspect in Case 3000, the “Submarines Affair.”

The justices are expected to reject the petition, since much of the alleged new information merely paints Netanyahu’s decisions in a negative political light, but does not prove any new prosecutable conduct.

In August, Yediot Aharonot published an extended disclosure of affidavits filed in Case 3000 by the petitioners, the Movement for Quality Government in Israel, which led up to its petition.

The High Court has already granted the state multiple postponements on the issue, signaling that it is not anxious to override Mandelblit.

Though the August Yediot report’s revelations – many of which the NGO revealed at an event in mid-June – strengthen some of the serious questions about why Netanyahu was not indicted, they are likely to run into the same obstacles that have blocked an indictment to date.

Although Netanyahu was questioned in Case 3000 – a scheme of buying allegedly unneeded submarines and other ships to fraudulently skim profits off the top of the hundreds of millions of shekels price tag per ship – he was only questioned as a fact witness and never in full detail as a suspect.

Many of the same defense establishment officials the Yediot report quoted, anonymously, had already made it clear that they believed Netanyahu was behind or knew what his top associates were up to: lawyer/confidante/cousin David Shimron, former chief of staff David Sharan and former deputy national security adviser Avriel Bar-Yosef, who are all expected to be indicted by Mandelblit following their pre-indictment hearings.

However, the attorney-general’s argument has been that the problem for making Netanyahu a suspect both in the past and even now is the difference between the law and “what everyone knows” to be common sense.

Common sense would dictate that it would be unlikely that these top aides would successfully conceal their alleged scheme from Netanyahu.

But Mandelblit has said that the law does not work only on common sense: It requires proof.

He has said that there is no proof that Netanyahu knew about the scheme, and that at most, he pushed for buying the ships under suspicious circumstances.

Putting out more of the grainy details about those suspicious circumstances is fascinating journalism, but Mandelblit has said that it doesn’t translate into proof in a court of law.

THE SAME reason that Netanyahu is in serious jeopardy in Case 4000, the “Bezeq-Walla Affair,” is the reason why even the new report and petition will likely fail.

Case 4000 has two close Netanyahu aides who turned state’s witness against him and have accused him of bribery.

No one in Case 3000 has turned on Netanyahu, despite intense pressure and their facing indictment.

Back when he seemed untouchable, critics might have said that the three close Netanyahu aides were protecting him, thinking he could save them or provide benefits to them at the end of the ordeal.

But with his trial quickly approaching in January, it appears more likely they would cut a deal against him if they could truthfully accuse him of being in on the scheme.

Alternatively, these three are simply more loyal to Netanyahu than the two state’s witnesses in Case 4000.

The other obstacles to treating Netanyahu as a suspect are former national security advisers Yaakov Amidror and Jacob Nagel.

They have stalwartly defended purchasing the submarines in question and said the defense establishment is sometimes wrong about strategic issues. They point out that former defense minister Amir Peretz overrode strenuous objections to purchasing the Iron Dome system.

In addition, Amidror and Nagel have nothing to gain from defending Netanyahu on this.

One can disagree with them, but given their defense bona fides, if they say the submarines were needed, then it is exceedingly difficult to go after Netanyahu for any crimes, absent even more black-and-white damning evidence of something like cash in envelopes being secretly exchanged.

There is an ongoing probe of Netanyahu for potential stock fraud, which could be indirectly connected to Case 3000. But the golden evidence to make the connection strong enough is missing from the petition, and recent leaks indicate that Mandelblit plans to close that affair as well.

Finally, Mandelblit is the man who indicted Netanyahu in three out of four cases, one of them for bribery.

The chances that the High Court will overrule him and reopen the one case he closed against Netanyahu are practically zero.

Although there are sensational secret faxes and phone calls from Netanyahu’s aides to the Defense Ministry in the petitioner’s materials, they probably will not change the legal picture. 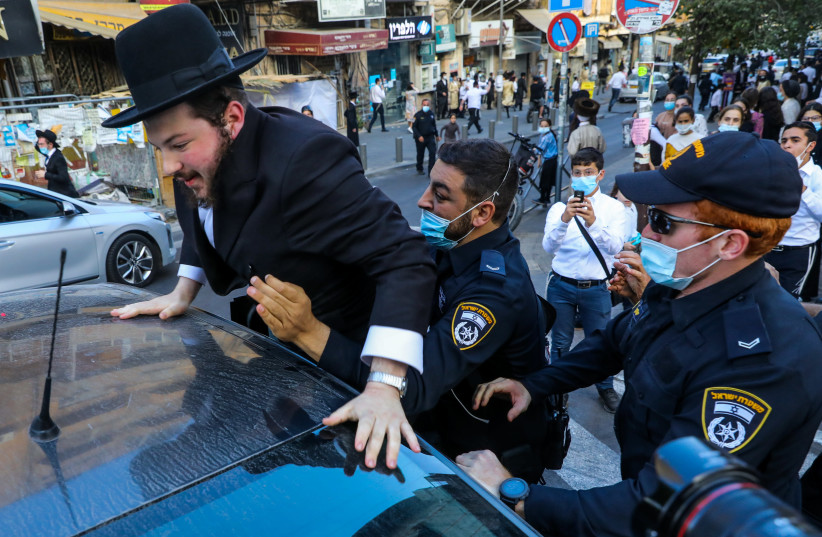