Written by The Ministry of Jesus Christ on January 20, 2021


As Donald Trump’s tenure as president of the United States came to a close, the leaders of pro-life groups praised his efforts on behalf of the anti-abortion movement, specifically during the waning days of his administration.

“From the first day to the last, the Trump-Pence administration has prioritized the protection of innocent human life — setting the standard for future pro-life administrations,” said Marjorie Dannenfelser, president of the pro-life group Susan B. Anthony List in a statement on Tuesday.

“We are forever grateful to President Trump, Vice President Pence, Secretary Azar, Secretary Pompeo, and all our administration allies for their extraordinary leadership and service to the most vulnerable of our nation,” she added.

A press release featuring Dannenfelser’s statement outlined a list of actions taken by the Trump administration to advance the pro-life agenda in its final days in office, specifically mentioning his declaration of Jan. 22 as “National Sanctity of Human Life Day” and his decision to add March for Life founder Nellie Gray to the list of Americans he wants to see honored in the National Garden of American Heroes.

“There could not be a clearer contrast to pro-abortion radicals like [President] Joe Biden, [Vice President] Kamala Harris, and Xavier Becerra [attorney general of California], who favor abortion on demand through birth and would force their fellow Americans to be complicit in abortion,” Dannenfelser added. “We are committed to defending the unborn from their extreme agenda as we work diligently to win back the House and Senate in 2022.”

Tony Perkins, president of the Family Research Council, a socially conservative organization, published a blog Tuesday thanking the Trump administration for its efforts to advance the causes of the pro-life movement and religious liberty: “When Marine One carries Donald Trump away from the White House, America won’t just be losing a president. They’ll be losing an army of tireless pro-lifers, freedom fighters, and deeply committed patriots too.”

Perkins commended Trump administration officials for working behind the scenes “issuing rules, proclamations, and other policy changes that will make it harder for Joe Biden to undo what they’ve accomplished.” Like Dannenfelser, Perkins praised the president for signing a proclamation in honor of National Sanctity of Human Life Day. He also mentioned the Labor Department’s publication of a rule protecting faith-based organizations that contract with the federal government.

Explaining the rationale for the rule, former Secretary of Labor Eugene Scalia explained that “Religious organizations should not have to fear that acceptance of a federal contract or subcontract will require them to abandon their religious character or identity.”

The rule, released in December, falls under the purview of the Labor Department’s Office of Federal Contract Compliance Programs.

“OFCCP is committed to protecting religious liberty, while ensuring vigorous enforcement of the anti-discrimination laws the agency administers,” said OFCCP Director Craig E. Leen. “This rule will help ensure that religious organizations can fully participate in federal procurement consistent with the First Amendment and other applicable federal laws.”

However, the Biden administration, which doesn’t support these protections for faith-based contractors, is expected to change the policy.

Perkins also expressed gratitude that the Office of Civil Rights at the Department of Health and Human Services issued a proposed rule in the final days of the Trump administration designed to address the “Special Responsibilities of Medicare Hospitals in Emergency Cases and Discrimination on the Basis of Disability in Critical Health and Human Services Programs and Activities.”

The proposed rule would enforce an executive order signed by Trump requiring the protection of infants who survive botched abortions from discrimination on the basis of disability. The rule also implements another one of the president’s executive orders maintaining that a hospital’s denial of treatment of extremely premature children or children with disabilities “may violate Federal law.”

According to Roger Severino, director of the OCR, “Americans across the political spectrum agree that people should be protected from disability discrimination in matters of life and death. This rule will promote the fundamental American principle that all lives are created with equal worth and dignity, no matter the circumstances of one’s birth.”

“So while the media and far-left drone on about how ashamed Americans should be for supporting this president, I refuse to be,” Perkins concluded. “This administration wasn’t just about one man – it was about thousands of people living out their conviction for us. They leave these four years exhausted, but they should also leave them proud. Because regardless of how the chapter ended, the story of what they achieved matters.”

Perkins’ blog included a link to a list of the Trump administration’s “accomplishments on life, family, and religious freedom” through October 2020. The accomplishments listed, which span 12 pages, include the reinstatement of the Mexico City Policy banning the use of taxpayer funding for international organizations that perform or promote abortions and the hosting of a signing ceremony for the Geneva Consensus Declaration, which asserts that there is no “international right to abortion.”

President Trump |‘The Future of This Country Has Never Been Better’ 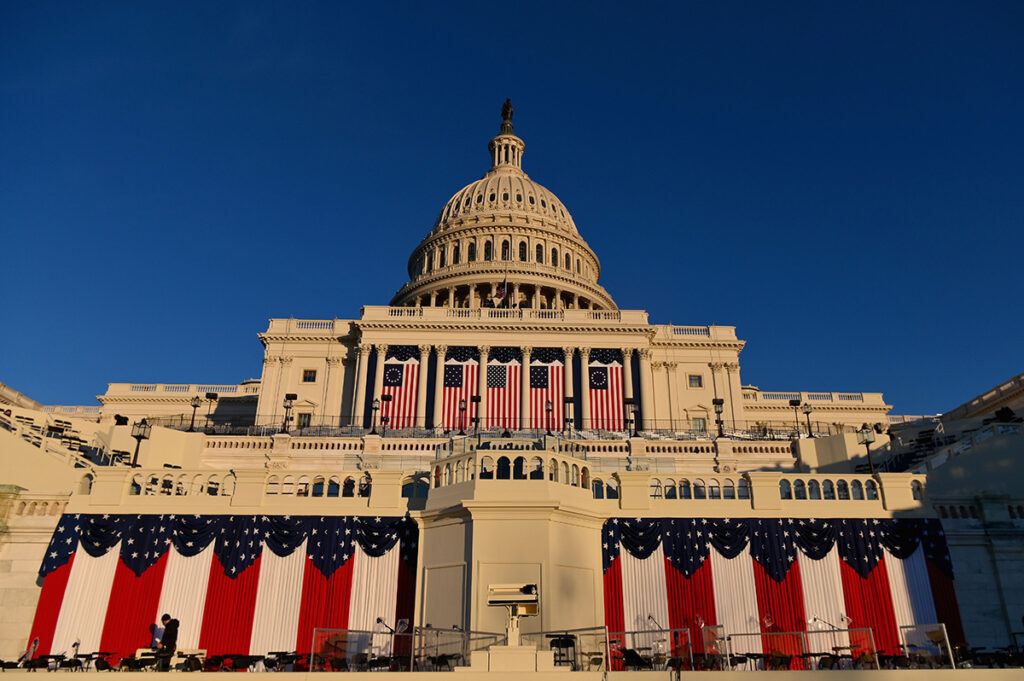