The earthquake was felt in Athens and Istanbul, reports say.

Rescue workers search on a collapsed building after an earthquake in Elazig, Turkey, January 25, 2020

An earthquake has struck near the Turkish city of Izmir and the Greek island of Samos. Reports say the earthquake was large, measuring 7.0 on the Richter Scale. Destruction could be seen across the skyline of the city as dust rose and buildings collapsed. Flooding then occurred after the sea briefly retreated from the harbor, leaving boats on the sea bed before the water rushed in.

Gantz announced that he had instructed the IDF in a tweet, adding that a conversation was opened between IDF military representatives and the Turkish military attaché in Israel.

During the conversation the IDF representatives conveyed to Turkish authorities that Israel’s defense establishment and the State of Israel share their grief over the disaster and are ready to send a delegation immediately that will help rescue buildings destroyed in the area and deploy a field hospital to treat the many wounded.

Gantz announced in a separate statement that the “State of Israel and its security forces will always reach out for humanitarian assistance to civilians who are injured no matter where they are, by using the capabilities and experience gained in the IDF over the years to deal with emergencies.”

The Disaster and Emergency Management Presidency (AFAD) said six people died, one due to drowning, while 202 people were injured.  This includes two teenagers who were found dead on the Greek island of Samos after the quake.

The two, a boy and a girl, were confirmed dead after being found unconscious in an area where a wall had collapsed in an area of Vathy, a town on the island.

The earthquake was felt in Athens and Istanbul, reports say. The BBC notes that in 1999 up to 17,000 people were killed in an earthquake in the same area.  Israel sent rescue teams to Turkey in 1999, including 250 personnel and rescue dogs.

Footage from Izmir showed the immediate aftermath as people fled buildings. They feared the buildings might collapse. One radio show was on air and on video as the tremor struck. The live stream caught the studio rocking back and forth violently. Footage from the harbor showed boats being sucked out to sea as the water retreated, a phenomenon that occurs during earthquakes if the seabed is changed by the quake. It is believed the epicenter is off the coast.

Reports say at least 20 buildings have collapsed, but the overall toll is likely more. Video showed buildings collapse in the wake of the earthquake.

The city, with a population of 3 million, is one of Turkey’s ancient port cities. It is 400km southwest of Istanbul and about a 5 hour drive from Istanbul. It is known for a beautiful areas facing the sea on the rolling hills around it. The city has been destroyed by earthquakes in the past. In 178 an earthquake ruined the city, which was called Smyrna prior to Turkey changing its name to Izmir. Another earthquake in 1688 damaged the city. Smyrna once had large number of minorities, including thousands of Jews, Greeks and Armenians. The city was destroyed again during a fire in 1922 when Greek forces retreated from the city and most of the Greek minority was expelled. Izmir has the second largest Jewish community in Turkey today and the population numbered around 1,400 in 2015.

Other areas along the coast have suffered, including Bornova and Bayrakli. A small tidal wave struck the Greek island of Samos, damaging the town of Vathy. Vathy has a population of several thousand. In Vathy people ran as they felt the quake. Later the water poured into the harbor. Some buildings were damaged. The area is known for tourism and is painted in prett light colors.

Earthquake expert Dr. Ovgun Ahmed Ercan said tto local media that shocks had also been felt in Turkey in Seferihisar, Urla, Kusadasi, Goztepe, Bostanli and Mavisehir. He called on people not to re-enter their homes due to the risk. Turkey has sought to better prepare buildings for earthquakes over the years. It is not clear if it has been successful. In February nine died in a 5.7 magnitude quake in the country’s southeast.

Turkey’s media has hinted that the country was not prepared. In 2009 reports said many buildings in Istanbul were illegally constructed and not prepared for a tremor. In January Hurriyet reported that “we are not ready” in reference to earthquake preparation. The paper said that “it’s time for the central government and the local municipalities to join forces to make ready our cities for earthquakes. Last year’s local elections gave the control of six out of 10 largest metropoles to the opposition, including Istanbul, Ankara, İzmir, Adana and Antalya.” Thousands of Muslims protest over Macron remarks after France killings 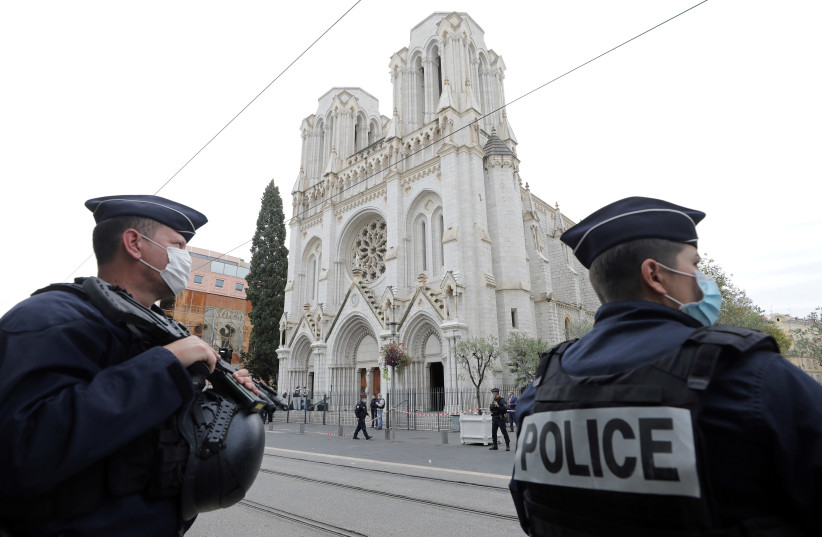