FDA advisers vote unanimously to give COVID booster to people 65+

A panel of expert outside advisers to the US Food and Drug Administration voted unanimously to administer a Pfizer coronavirus vaccine booster shot to people 65, as Israeli health officials announced that the country had given out more than 3 million third jabs.

The panel also agreed that healthcare workers and others at high risk for contracting the virus, such as teachers, should be authorized to get the booster shot. The recommendation would cover most Americans who got their shots in the earliest stages of the US vaccination campaign.

“The FDA validated the third vaccination campaign, which began in Israel and subsequently in Canada, Austria, Germany, France and other countries,” the Israeli Health Ministry said in response Friday night.

The news came shortly after the ministry announced that more than 3 million citizens had received a third COVID shot.

“The Health Ministry calls on everyone who is eligible and has not done so to go out and get vaccinated,” it continued. “The vaccine has been shown to be the most effective means of fighting the coronavirus, and is available to everyone.”

Prime Minister Naftali Bennett also tweeted about the success and laid out the next goal: “Four million vaccinated. Immediately after the holidays, we will implement a program to vaccinate another million Israelis with the third vaccine, through the tightening of the Green Pass, PR and accessibility.”

However, the FDA panel voted overwhelmingly (16-2) against approving boosters for Americans age 16 and older, taking a “step back” from the Biden administration’s plan to roll out third shots of the Pfizer vaccine as soon as next week, said Dr. Paul Offit, an infectious disease expert at the University of Pennsylvania and a member of the advisory panel.

The FDA will take the panel’s recommendation into consideration in making its decision on the boosters. But it can reject the advice, as it did recently in approving Biogen Inc’s controversial Alzheimer’s drug. It is expected to make its final decision in the coming days.

Many committee members were critical of the booster plan, arguing that the data presented by Pfizer and the FDA is incomplete and that the request for approval for people as young as 16 years old is too broad.

Dr. Sharon Alroy-Preis, the director of Public Health Services in Israel, offered data from Israeli studies to the advisers early Friday to help with their discussion.

Her presentation was based on two different sets of data: one showing that the effectiveness of the Pfizer vaccine waned over time and another that showed a significant increase in the vaccine’s effectiveness with a third shot.

In her presentation, she shared research conducted by a diverse team of Israeli scientists and doctors that had been published in the New England Journal of Medicine late Wednesday showing that taking a third dose of the Pfizer COVID-19 vaccine boosts the immunity of recipients more than tenfold compared to those who received only two doses of the vaccine more than five months prior.

The data also showed that the booster offered 20 times more protection against serious disease and that people who get the booster dose become only 5% as likely as unvaccinated people to get sick. In other words, the vaccine efficacy for individuals who got a third dose of the Pfizer vaccine stands at about 95% – similar to the “fresh” vaccine efficacy that was reported against the original Alpha strain.

However, when confronted by the FDA advisers as to whether additional shots beyond the third could be needed, she admitted that it was still too early to tell.

“It is not really clear where this is going,” Alroy-Preis said.

Just hours before the FDA committee convened, the Centers for Disease Control and Prevention released a new study of around 3,700 Americans over the age of 18 hospitalized at 21 centers throughout the country between March and August that found that protection from the Pfizer shots declined four months after vaccination.

“Vaccine efficacy for the Pfizer-BioNTech vaccine was 91% at 14-20 days after receipt of the second vaccine dose but declined significantly to 77% at more than 120 days,” the report said.

The study did not find the same decline in the Moderna vaccine, it said possibly due to the higher mRNA content in the Moderna shots or differences in timing between doses – three weeks for Pfizer and four for Moderna.

But research as to whether a booster is needed and who needs a booster has been divided.

An essay published in the peer-reviewed Lancet medical journal on Monday came out in opposition to providing third doses to the general population. The authors said that recent studies show that the vaccine continues to offer strong protection against the virus, including the Delta variant. They recommend holding off to give vaccine makers time to modify the vaccine to match specific or new coronavirus variants rather than simply providing an extra dose of the original version.

Top FDA members had been split on the necessity of the boosters, with interim head Janet Woodcock backing them and some of the agency’s top scientists arguing they are not needed yet.

The White House maintains it will be ready to roll out boosters next week to anyone who is eligible.

“Today was an important step forward in providing better protection to Americans from COVID-19,” White House spokesperson Kevin Munoz said. “We stand ready to provide booster shots to eligible Americans once the process concludes at the end of next week.”

CDC advisers are scheduled to meet on September 22 and 23 to discuss further recommendations for who will be eligible for the shots. Recent polls have shown that vaccinated Americans want a booster shot to enhance their immunity.

The Health Ministry reported on Friday that 3,227 people were diagnosed with coronavirus the day before – 6.33% of the roughly 55,000 people who were screened. 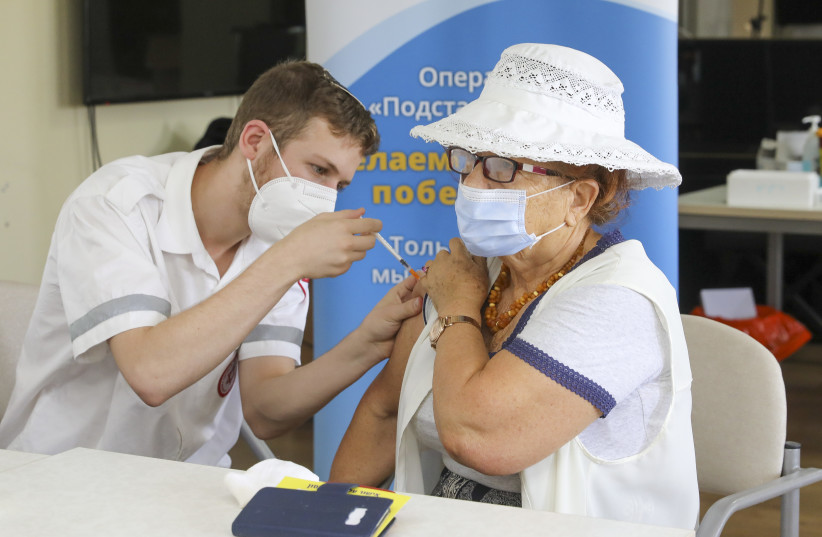