As a kid in the 1980s, I heard dire warnings from my evangelical elders about the fantasy role-playing game Dungeons and Dragons. It was, we were told, a foothold of the occult.

Although I never played D&D, I didn’t take these admonitions all that seriously, because I reasoned that the same logic could be applied to Tolkien’s Lord of the Rings or Lewis’s Chronicles of Narnia.

Now, in the 2020s, I am wondering if my evangelical elders weren’t partly right about the way fantasy role-playing can paganize a culture—just not in the way they expected.

In this month’s Atlantic, Jennifer Senior explores a similar thought in relation to nationalist political strategist/right-wing media personality Steve Bannon, who is currently indicted on charges of contempt of Congress regarding his alleged role in the January 6 insurrection.

Putting aside what I think about Bannon himself, I was struck by one section of the article that explains much of what’s happening in America right now.

Senior points to a 2018 documentary in which Bannon explains to a filmmaker how, when working in the internet gaming industry, he was surprised to learn just how many people are devoted to playing multiplayer online games. Bannon interprets this intensity through the grid of a hypothetical man, Dave from accounts payable, in the days after his death.

“Some preacher from a church or some guy from a funeral home who’s never met him does a 10-minute eulogy, says a few prayers. And that’s Dave,” Bannon says. He contrasts this boring, real-life Dave from accounts payable with Dave’s online gaming persona: Ajax. Ajax is tough and warlike. When he dies in the fantasy, there’s a funeral pyre and thousands of people come to mourn Ajax the Warrior.

“‘Now, who’s more real?’ Bannon asks. Dave in Accounting? Or Ajax?” Senior writes. Bannon realizes that “some people—particularly disaffected men—actively prefer and better identify with the online versions of themselves.”

Bannon tapped into this, Senior reports, when he acquired Breitbart News and realized that the comments section could become more of a community for certain angry, lonely individuals than “the town they live in, the old bowling league.” He noted that the comments section “could be weaponized at some point in time. The angry voices, properly directed, have latent political power.”

Senior asked whether Bannon considers what he has done in propagating political media and in energizing populist nationalist movements to be “the gamification of politics.” He replied that this is exactly what he’s doing: “I want Dave in Accounting to be Ajax in his life.”

Senior argues that January 6 is the distillation of this role-playing fantasy: “The angry, howling hordes arrived as real-life avatars, cosplaying the role of rebels in face paint and fur. They stormed the Capitol while an enemy army tried to beat them away.”

This is hardly new and isn’t limited to any one point on the ideological spectrum. Almost every “red diaper baby” account about what drew their American parents or grandparents to the Communist Party during the Depression or the post–World War II era includes something along the lines of how David Horowitz described his parents’ neighborhood Communist Party cell meetings in their basement:

It was in this subterranean activity that the romanticism of their youth finally got to express itself. Here they lived outside the norms of other mortals, breathed the intoxicating air of a world revolution, and plotted their impossible dreams. In the cell, they were given secret names for the day when the Party would go underground and the illegal business of the revolution begin—as they all believed it would.

In such meetings, these Communists were not schoolteachers or longshoremen or electricians or lawyers. They were, in their own minds, underground fighters for a socialist utopia to come. And, of course, while these American Communists play-acted as Soviet James Bonds, the Soviet Union was murdering and starving its own people to death.

According to Senior, Bannon’s strategy for turning a Dave-from-accounting culture into an Ajax culture is “to sow doubts about every institution.” Leaning on the Neil Howe and William Strauss Fourth Turning thesis, Bannon believes an unraveling is necessary for rejuvenation. “The plan is to leave a smoldering crater where our institutions once were,” Senior writes.

The institutions are indeed smoldering and cratering. Polls show shockingly high numbers of Americans seriously contemplating secession or political violence. Countless churches and denominations are either tearing apart or already torn. And in most of these institutions in crisis, the comments sections come alive to dwell among us. When the angriest, most destructive people don’t get their way, they still exercise power by setting the agenda of conversation.

But let’s forget, for a moment, the institutions themselves—whether the republic or the congregation or anything else. Let’s consider the individuals themselves. Spend some time with the person raging on social media or at the microphone at the church business meeting, and you will often find the very same dynamic Bannon identified: that Dave from accounts payable wants to be Ajax.

That can happen within various populist political movements, which are Bannon’s primary interest, but it also happens almost everywhere else. People are looking for meaning, significance, and bigger storylines in which to belong—and finding them in the very things that are bringing down institution after institution.

It turns out actual fantasy role-playing—whether it be Dungeons and Dragons in a treehouse years ago or multiplayer video games on a screen now—is, for most people, harmless fun.

But maybe the church elders had a point; maybe there’s another form of fantasy role-playing that might be occultic and pagan in the truest sense of those words.

Paganism, after all, demands the sort of significance that is heroic, in which one’s virtues of strength and power are celebrated in story and song. Joseph Campbell famously popularized Jung’s idea of the “hero’s journey” a half century ago, but the quest for an imagined heroism is even stronger now—and often much, much darker.

Part of the problem with the moniker “Dave from accounts payable” lies in its description of where he works.

In an age where one’s worth is often subconsciously attributed to one’s income, education, position, or “social capital,” can we really be surprised that Dave would seek some way to be known and loved and seen? And if he can’t do that as Dave, is it any surprise that he would try to be somebody else?

C. S. Lewis thought that paganism was a better place to start with proclaiming meaning than arid secularism is. He pointed out that the myths of paganism at least acknowledge a reality beyond the material. But what happens when we discover a kind of syncretism that mixes a pagan sense of meaning with a secular loss of hope, all the while thinking itself to be christian?

Yet the way of Jesus is quite different. A christian vision of heaven is not Valhalla with wine (or grape juice) instead of mead. Valhalla—and almost every other pagan vision of an afterlife—looks backward. It’s the echo and celebration of the warrior’s success in the life that was.

The kingdom of God doesn’t find meaning there. It brings meaning by joining our stories with an altogether different narrative—the story of Jesus. His life is our life. His glory is our glory. And Jesus redefines what wisdom and power really are—by embracing an object found most baffling by the Romans and other pagans of his day: the cross.

When we start to really understand and embody that in our churches, m 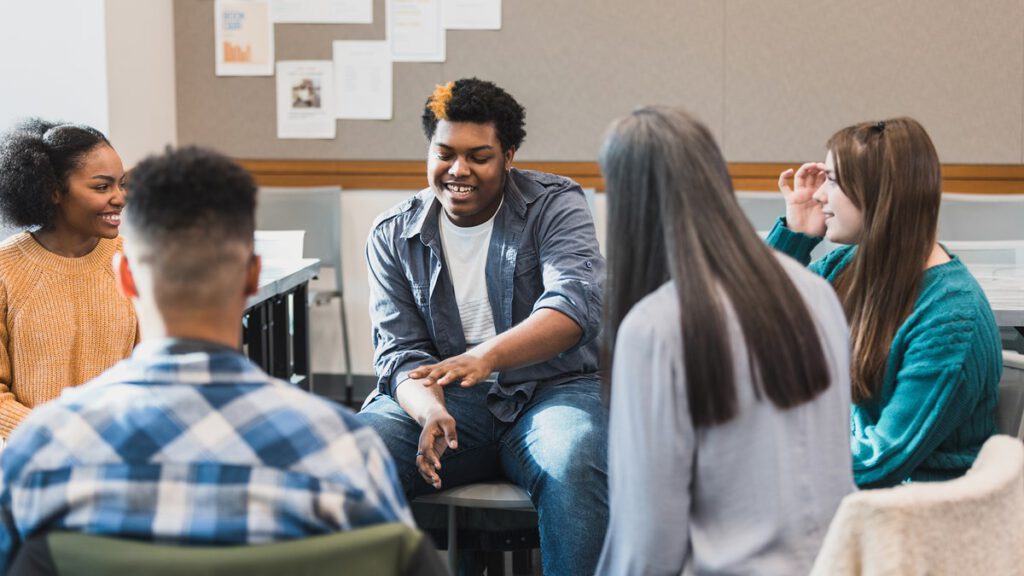