The essence of Faithful, as both a product and a model of creative collaboration, is a meditation on authority and vulnerability and how they coexist in the stories and experiences of women.

Through a thoughtfully designed book, album, and broadcast event, Faithful tells stories of women in the Bible—Rahab, Ruth, Eve, Mary Magdalene, and more—whose lives were marked by conflict, disappointment, and oppression.

Organized by Integrity Music and Compassion International, the project supports Compassion’s efforts to serve girls living in poverty around the world. The collaborators—including Amy Grant, Ann Voskamp, Ellie Holcomb, Christy Nockels, Ginny Owens, and Rachael Lampa—have framed their participation as an opportunity to speak and create with authority, hoping that other women will be moved to do the same.

As singer and writer Sarah Macintosh told me, “My hope, my greater hope, is that women would speak, because they are emboldened to speak whether or not they are respected as having authority.”

Both in my personal experience in the church and my research around women’s roles in worship, I’ve seen why this is a struggle. There’s a pattern of female creators, writers, and leaders approaching their ministry with some degree of precarity. It’s not that they doubt what God has called them to do, but that they anticipate being challenged, questioned, or forced to defend their position at some point along the way.

“There’s such a debate about women and roles and women and calling,” said writer Trillia Newbell, who was involved with both the album and the accompanying book. “We’re just always trying to figure out our place.”

To be a woman leading the church is to be constantly aware of your authority and vulnerability—a dynamic that the project captures across church history.

Singer-songwriter Sandra McCracken emphasizes that whether or not women hold a place or title of authority in a particular space, “innately, to be made in the image of God means that we have authority as women.”

MacIntosh, who regularly facilitates workshops for writers, noted the importance of cultivating safety in the Faithful workshops, where the women gathered to write together during the fall and winter before the pandemic. This setting represented a careful effort to create a space where women could feel confident to write and create together.

“There was no hierarchy,” MacIntosh said—an important factor because women in some traditional church settings often “do not feel safe to speak because they feel … unintelligent” or unqualified.

Over the past couple years, several influential books have captured concerns about gender roles in evangelical spaces and culture, including Kate Bowler’s The Preacher’s Wife, Kristin Kobes Du Mez’s Jesus and John Wayne, and Beth Allison Barr’s The Making of Biblical Womanhood.

Though evangelicals may disagree about the extent of the problem or about particular pastoral roles, we can all agree that when women are not flourishing and contributing their spiritual gifts to the church, the whole body of Christ suffers.

So the concerned and cynical may worry that as a project “for women and by women,” Faithful might be further confirmation that the work of women in the church is marginalized. I admit that was my first instinct. I saw Faithful as another example of women’s creative and intellectual labor being marketed to women through prettiness and an aura of feminine sensitivity.

Then, as I began to work on this article, I dropped my toddlers off with my mom to get a few hours to write. On my way home, I cued up the music from the Faithful album; “Rahab’s Lullaby” began to play.

I approached the music as an exercise in straightforward listening and brainstorming, but the song pushed me into an unexpected emotional place.

At first, I was confused. I tried to figure out what it was about the song that “got to” me. Was it the narrative? The story of Rahab doesn’t hold personal significance. In fact, I had to revisit her story in Joshua to remind myself of the details of the scarlet cord and the profession of faith she gives to the Israelite spies.

Still, I found myself fighting tears as a strong, clear voice sang, “You belong to me / And I belong to Him / Hold this scarlet cord and breathe / Hope is on the other end.”

Was it something about the music itself? The song has simple instrumentation, beginning with a spare guitar accompaniment and gradually adding additional strings and piano throughout. The voices carve the emotional contour of the song, layered in close harmonies and background echoes. One moment full of breath, the next soaring to a confident, full-throated cry. Was it the lyrics? Did it matter?

In that moment, alone in my car, I was embarrassed to have been moved to tears. Why? I have spent years of my life studying music. I treasure music in part because of its ability to affect human emotions. Why fight this response? As I looked at myself honestly, I realized that I was embarrassed to have been so moved by something I had approached with clinical calculation. I wanted to hold this work at arm’s length, analyzing it without truly engaging. What a disservice to these women and their gifts.

I’m not proud of the fact that it took an emotional encounter with one of the pieces of Faithful to help me start asking better questions. For instance, one question I initially wanted to answer was, “Why only women? Shouldn’t men be encouraged to listen, meditate, and take in this work?” When I asked this of a couple of the contributors, they (understandably) seemed puzzled, if not annoyed. Why does it matter if men read or listen?

I thought of an interview Sarah McLachlan gave about Lilith Fair, a music festival she started with like-minded female artists in 1997. She told Rolling Stone that during the early years of the festival, she was often asked questions like, “Why don’t you have men on the tour?” or, “Why do you hate men?” Her response: “Our mission is great music being made by women.”

Reminiscing about her experiences with Lilith Fair, McLachlan evoked the spiritual: “I think it’s the closest thing to church that I understand—getting to sing, to share my purpose, to live my purpose, and to connect with other people who are feeling the same way.” Steeped in the surge of third-wave feminism, these prominent female musicians had to admit that this venue created by women and for women afforded them expressive freedom and safety that they often had to do without to secure places on stages dominated by male-fronted acts. It was sacred space.

Like McLachlan, the women of Faithful seem relatively uninterested in figuring out whether it would be worthwhile to try to get men to take their work seriously. They were enamored by the experience of safely and freely creating with other women.

They were eager for the stories of Hannah, Miriam, and Jehosheba to be told and explored by women in a way that might “appeal to women who may not be eager to read a book written by yet another man about these stories,” said Newbell.

I’ve long been fascinated by a theory of Felicity Laurence, a music educator and scholar, that music can be a cultivator of empathy. “Music,” wrote Laurence, “offers a specific potential to enable, catalyze, and strengthen empathetic response, ability, and relationship.” This idea resurfaced as I explored Faithful because many of the contributors to the project, in prose and lyricism, rely on empathy gained through the female experience as a new source of insight into the stories of women in the Bible.

“With empathy and compassion, we held these women with our creative attention,” wrote Amy Grant in the book’s introduction, “until their stories became our stories, until their voices became our voices.”

One reason I believe music 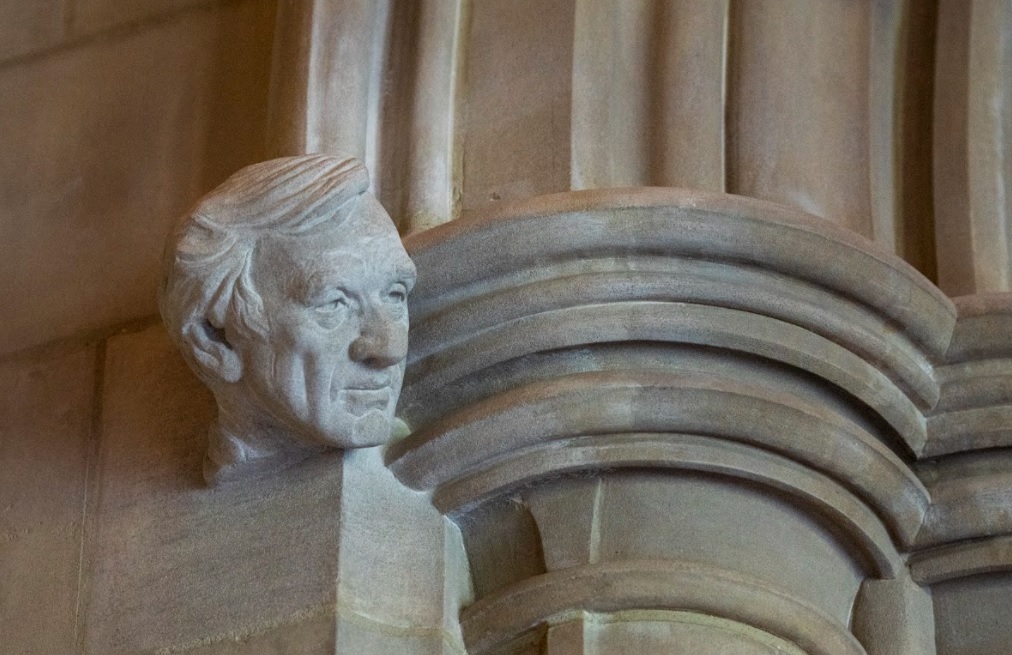 Makoto Fujimura Sings with God, Carries His Cross, and Awaits the New Creation 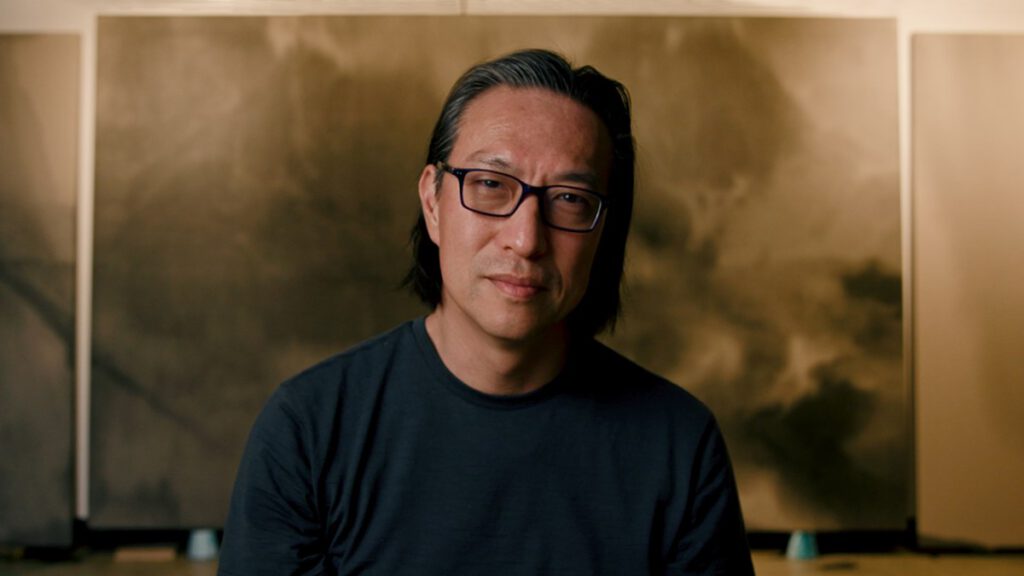